Scott Anderson is a former war correspondent and the author of seven books including The Man who Tried to Save the World, Triage, War Zones and his acclaimed biography Lawrence in Arabia, which won the 2013 National Book Critics Circle Award. Anderson is a frequent contributor to the New York Times Magazine, Esquire, GQ, Men's Journal and Vanity Fair. Photo by Robert Clark. The True Story of Lawrence of Arabia

His daring raids in World War I made him a legend. But in the Middle East today, the desert warrior’s legacy is written in sand 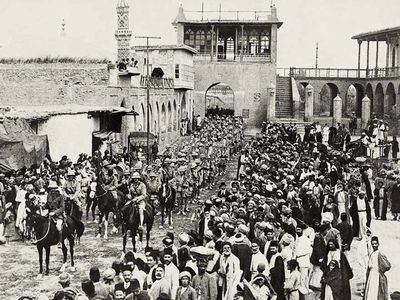 Created by European powers, the nation of Iraq may be buckling under the pressure of trying to unite three distinct ethnic groups