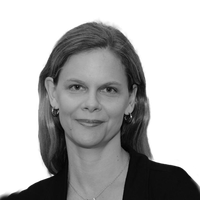 Beverly Gage is professor of 20th-century American history at Yale. She is the author of G-Man: J. Edgar Hoover and the Making of the American Century and The Day Wall Street Exploded. She writes frequently for the New York Times, the Washington Post, the New York Times magazine and the New Yorker, among other publications. Just What the Doctor Ordered

During Prohibition, an odd alliance of special interests argued beer was vital medicine