Sing Me Home, the latest album produced by Yo-Yo Ma’s Silk Road Ensemble, is a veritable smorgasbord of sounds – a feast for the ears. The record, released in April, runs an unprecedented cultural gamut, drawing from a host of ethnic and regional traditions to create novel, multivalent melodies. On the album, reimagined American standards, including “St. James Infirmary Blues,” complement West African tribal music, and ethereal Chinese song is juxtaposed with frenetic Irish fiddling.

This profound diversity is characteristic not only of the album, but also of those responsible for its creation, artists who take great pride in their ability to find unity among their mutual differences, and to humbly open themselves up to cultures outside their own.

Indeed, despite the disparate composition of the Silk Road Ensemble, which Yo-Yo Ma founded in 1998 as a way to connect talented musicians from all walks of life, one finds in their work overwhelming kindred warmth, a sense of collaborative oneness.

As virtuoso violinist Johnny Gandelsman, who co-produced Sing Me Home, puts it, “We feel that we are a family, and when we get together, it’s like a great family reunion.”

Nowhere is this familial bond more evident than in this newest album; each member of the Ensemble shares aspects of their personal, ancestral histories, integrating these defining traits with those of their fellow musicians to create a vibrant and beautiful whole.

“There’s so much joy,” Gandelsman says. “And through joy, there’s a lot of respect for individual experience, individual stories.” He emphasizes the role of learning in the group’s creative process: “learning [what’s important] to individuals in the group… strengthens us as a collective.”

The best illustration of this jocund atmosphere is perhaps the Ensemble’s music video for “Heart and Soul,” premiering exclusively on Smithsonian.com, a classic American pop tune that the group reimagined for a 21st-century audience, and elected to use as the closing track on “Sing Me Home.”

Throughout the video, musicians and vocalists alike sport broad, sincere smiles, and sway breezily to the beat. As the two lead singers, guest performers Lisa Fischer and Gregory Porter, deliver their dulcet, romantic harmonies, they peer deeply into each other’s eyes. Core members of the ensemble are encouraged to invite their colleagues in their respective genres.

As Yo-Yo Ma, the visionary cellist at the heart of the ensemble, says via e-mail, “Part of what I love about this album is the way that, in a number of cases, collaborations are extensions of existing relationships.” Witness Martin Hayes, an Irish musician recruited by Silk Road veterans of the string quartet Brooklyn Rider to play on “O’Neill’s Cavalry March.” “They brought their beloved friend into our family,” Ma says.

Given the album’s lengthy list of contributors, what is perhaps most impressive about its production is the fact that each individual involved was encouraged at all stages of the process to voice suggestions and concerns. “The ensemble operates basically on democratic principles,” Johnny Gandelsman says.  “We take every opinion as very valuable.”

This notion of inclusivity extends beyond the group’s internal structure; a key facet of the Silk Road Ensemble’s mission is national and global outreach. The group is currently gearing up for a transcontinental summer tour of the United States, and is looking into the possibility of a Middle East engagement in the coming year. “There’s so much fear out there in the world,” Gandelsman says, “and we can address that through music.”

Yo-Yo Ma’s deepest hope is that the Silk Road Ensemble will inspire the creation of other, similar groups, each wholeheartedly committed to the celebration of world music. Eventually, far down the road, Ma’s original collective might gracefully fade away, no longer needed. That day – the day of the Silk Road Ensemble’s dissolution – will be, for its members, one of triumph.

In the meantime, the ensemble will continue to produce vital, compelling music, and to remind listeners everywhere that the beauty of human experience is shared among all of us, and is contributed to, uniquely, by each of us.

In the words of Yo-Yo Ma, speaking on the ensemble’s latest record, “We always focus on what unites rather than what divides, and I think that’s a lot of what you hear.” 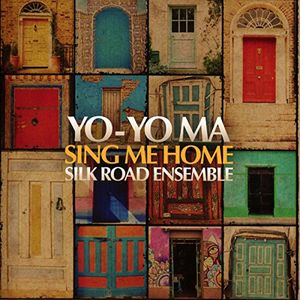