Dubai is famously obsessed with spectacular architectural projects: the 163-story Burj Khalifa super-skyscraper, the frond-shaped islands around the Palm Jumeirah hotel, the planned “Aladdin City” towers designed to look like genie lamps. So it seems only appropriate that the emirate would now construct the world’s largest picture frame through which to see everything.

The original design, according to its architect, Mexican-born Fernando Donis, was an abstract viewing space: “The purpose of the project was to build a void,” he told me, not another landmark in a city crowded with them. But Dubai’s government is taking it to the next level, building a glass, steel and reinforced concrete rectangle that looks like a normal gold-painted picture frame with beveled edges—except that it’s nearly 500 feet high and about 300 feet wide. Clad in shimmering photovoltaic cells to collect solar energy and situated in a city park, the Dubai Frame is due to open in October. Looking through it in one direction, you see the hotels and skyscrapers on Sheikh Zayed Road: the emirate’s bright and glistening future. Looking the other way, you glance back at the older residential neighborhoods to the north.

The top section, a 47-story-high glass-enclosed, glass-floored walkway, holds an observation deck and café. It gives the impression, says John Alexander Smith, an architect at the American University in Dubai, “of walking through the sky.” 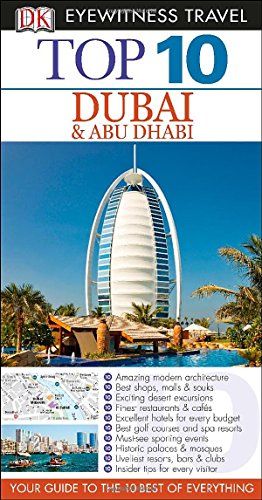