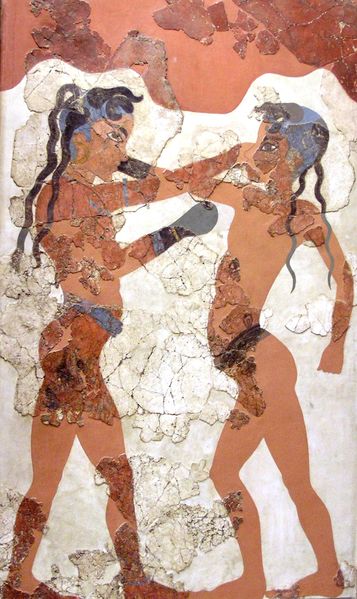 By no means am I calling for blood sport, but a little spirited argument wouldn’t be remiss. A few days ago Tyler Green interviewed Village Voice art critic Christian Viveros-Faune. The Q&A was parceled out into three parts. I’m not referring to the aftermath of the third installation, when everyone reading had a “what the..." moment when the critic so apathetically bared what amounts to a serious professional conflict of interest.Instead, I direct your attention to the second act, where Viveros-Faune makes a good point about the lack of rigorous debate in art criticism. He seems to call it disagreement for disagreement’s sake, and I don’t think that’s exactly right, but the sentiment is that very few of the talking heads in art express different opinions anymore. The success of a show or exhibition is usually assured before the opening, and like sheep everyone nods their heads and tries to think of something thoughtful and sharp to say in order to reinforce this preordained ‘yea’ or ‘nay.’

Of course it is easier to be a yes man. Putting oneself out there with an opinion that goes against the moneyed crowd bolstering a show; the fame of an artist; or the experience and heft of big-time reviewers is intimidating. But there are few things more fluid and open to interpretation than the visual arts, so it is really just a matter of making your case and having a really good rebuttal on hand.