From India to Antarctica, these pictures capture the passion, solitude and surprise of a year unlike any other 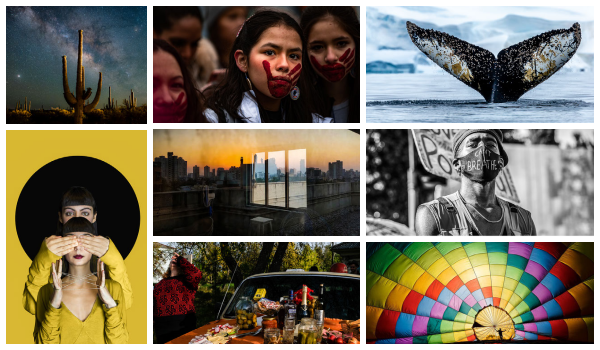 The two young women passed Skyler Wilson at the Women’s March in Washington, D.C. just long enough for him to make eye contact and snap a photograph. “I was immediately curious,” says Wilson, a second lieutenant in the Indiana National Guard. After the march, Wilson connected with his subjects through social media and learned they were sisters from the Oglala Lakota Nation in South Dakota, protesting on behalf of missing and murdered Indigenous women and girls. Throughout the United States and Canada, Indigenous women and girls are far more likely than women in the general population to be killed or assaulted. “This was eye-opening for me,” says Wilson.

He created his startling picture—the Grand Prize winner of our 18th annual photo contest—in January 2020, shortly before the pandemic did away with large unmasked public gatherings. But even during a long year of lockdowns and quarantines, the curiosity that inspires photographers remained active, as many of our other winning entries show: A distant neighbor on a Mumbai terrace. A lone drinker at a downsized motorcycle festival in Russia. “If you can get someone to stop, do a double take and ask ‘What’s this about?’” says Wilson, “that’s when the conversation can really begin.”

Inspired by these photographs? Enter your favorite images in the 19th annual Smithsonian magazine photo contest!