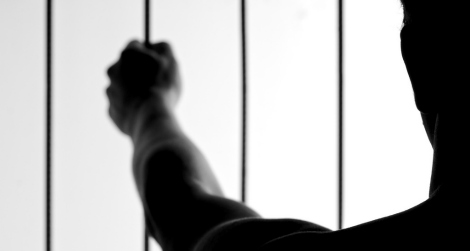 A recent New York Times article sheds light on a little-known mural in California, painted in the 1950s by Alfredo Santos, a prodigious young artist. Santos seems well versed in the visual vocabulary of the famous Mexican Muralists—Diego Rivera, Jose Clemente Orozco and David Alfaro Siqueiros. Rivera painted on the walls of Mexico City's Presidential Palace, a teeming history of Mexico in a bouquet of color. Santos, meanwhile, painted for a more captive audience: the inmates of grim San Quentin prison (above).

The Mexican muralists trumpeted socialism and revolution and eschewed art galleries to display their monumental frescoes. Santos, a prison inmate himself, couldn't ply his trade in public with the aplomb of say, Diego Rivera, who was unafraid to paint rapacious conquistadors on the walls of the Mexican Presidential Palace or an ill-fated portrait of Lenin in the middle of New York City.

The article considers the fate of the Santos murals today, tagged with graffiti on old walls, which may yet fall down if outside developers have their way. Santos is appreciative of the murals' value, and he knows that art aficionados and many inmates esteem his mural cycle even if the public may never see it on-site. Can the murals be moved if San Quentin shuts down? Hopefully, the Santos murals will not be destroyed like that rare, lost Rivera painting--the stubborn portrait of Lenin for an unready New York City.