Elitzur Eitan has no desire to ever live within pre-1967 Israel. Until 2005, he lived in the Gaza Strip settlement of Gush Katif, which was forcibly evacuated under the leadership of former Prime Minister Ariel Sharon. Now, he lives deep in the West Bank, where he works at a vineyard on Givat Harel, a tiny settlement overlooking the ruins of ancient Shiloh and the red-roofed houses of the modern settlement that shares its name. “Places like this are where Zionism still lives,” he says.

They are also, surprisingly, places where excellent wines are being made. Gvaot, the boutique winery where Eitan works as a foreman, produces some of the best kosher wines in the world. Gvaot, which was established in 2005, produces and sells roughly 30,000 bottles of kosher wine per year. The medals lining the back wall of Gvaot’s tiny tasting room testify to the quality of its products: a 2006 Double Gold Medal in the Terravino Mediterranean International Wine Challenge for making the best wine in the $27-$36.99 category and a 2008 award in the same contest for “Best Israeli Kosher Wine.”

Gvaot has won over Jonathan Livni, the chief wine critic for the mass-market Yediot Ahronot newspaper, and was also a favorite of Daniel Rogov, a prominent Israeli wine critic who died in 2011. Rogov refused to set foot in the West Bank, but he consistently gave high marks to Gvaot’s reds. Livni, a retired military judge who starred in the documentary The Law in These Parts, is a committed left-winger who believes Israel should withdraw entirely from the West Bank. But he nevertheless describes himself as huge fan of Gvaot and a handful of other West Bank wineries, which he says benefit from the region’s high altitude, rocky soil and dry air, characteristics found nearly nowhere else in Israel. “I think good wine trumps politics,” he says. “And there are a lot of good wines from the occupied territories.” 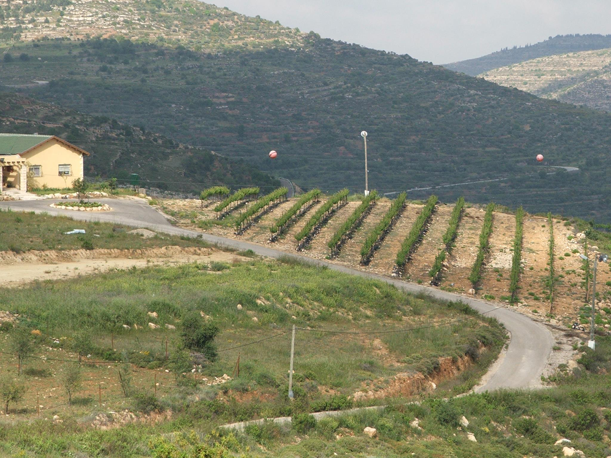 But the vineyards in places like Shiloh are also among the biggest reasons to doubt that the new round of American-brokered peace talks will go anywhere. Secretary of State John Kerry managed to persuade Israeli Prime Minister Benjamin Netanyahu to release more than 100 Palestinian prisoners, but Netanyahu flatly rejected the idea of freezing construction in West Bank settlements like Shiloh or Givat Harel, even though they are so deep into the West Bank that they would almost certainly need to be evacuated as part of any peace deal.

Gvaot’s chief backer is Daniella Weiss, an activist who has spent decades at the helm of pro-settler groups like Gush Emunim and the Women in Green, arguing, loudly, that Jews have the right to live anywhere in the West Bank. “It’s the soil, the wonderful soil,” she said by way of explaining why Gvaot’s wines were so good, in a phone interview from her home in the settlement of Kedumim, a tiny village in an even more remote part of the West Bank than Givat Harel. “That’s what makes the grapes so special and that’s what makes the wines so special.”

Weiss also happens to be the mother-in-law of Shivi Drori, Gvaot’s chief wine maker, who has a doctorate in plant molecular biology from Hebrew University. “For every person who won’t buy wines because of where they come from, three want to buy it precisely because of where it comes from,” Drori said during an interview last month at the winery. Outside, the vineyard’s sloping trellises of grapes swayed gently in the winds rustling down from nearby hills. 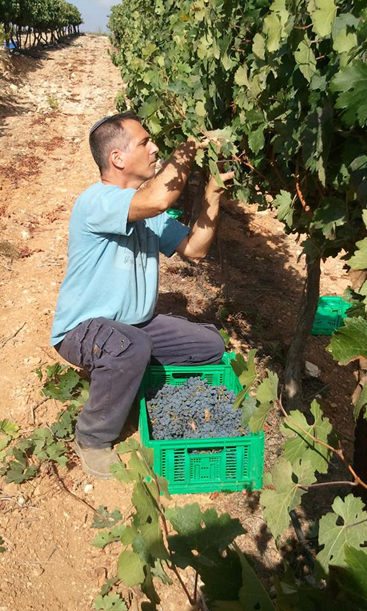 Drori, a soft-spoken man who also teaches at a local university, founded Gvaot in 2005. He had begun planting grapes on Givat Harel years earlier with the initial idea of selling them to other wineries. When the first harvest came in, he found himself reluctant to part with the grapes. “I thought, ‘why lose these very good grapes? We should make a winery of our own,’” he recalled. “So we did.”

Weiss and her husband Amnon provided the millions of shekels Drori needed to get the winery off the ground, and it was successful with critics like Rogov almost immediately. “He succeeded in separating his own beliefs from the professional views he gave to the readers,” Dror, 40, said. “Not all of the critics do.”

But Weiss sees the vineyard as another tool for extending Jewish control over Shiloh and other parts of the West Bank. She believes Gvaot can provide much-needed jobs for local settlers, making it easier for them to stay in the region. More fundamentally, she believes that re-establishing Jewish life in and around Shiloh is a religious obligation.

“Everything that we do is about settling more Jews in Israel,” she says. “We have the homes and we have the people. Now we just need to build more of an economy.”

Weiss’s political beliefs permeate every aspect of the winery. Hundreds of American Evangelicals flood into the West Bank during each wine-harvesting season to work as volunteer grape pickers, but the winery refuses on principle to employ workers who aren't Jewish.

Lior Amihai, a senior analyst for Peace Now, says that Israeli and Palestinian negotiators broadly agree future withdrawals would be based on land swaps allowing Israel to annex the areas near the Green Line where most settlers live in exchange for giving the new state of Palestine an equivalent amount of terrain that that is currently part of Israel. The problem, he says, is that Shiloh is so remote that Israel would need to give up an enormous amount of terrain to keep it.

“It’s really, really far from the Green Line,” Amihai says. “Israel doesn’t have enough land to swap. There are settlements whose future fate is known, but Shiloh is not one of them. There are no scenarios for a two-state solution in which Shiloh stays under Israeli sovereignty.”

Weiss says she’s not concerned. More than 340,000 Jews now live in West Bank settlements, and she argues that removing even a fraction of them would be politically and logistically impossible. Weiss doesn’t think the current talks stand much chance of success, a position shared, reluctantly, by Amihai and others on the Israeli left. “I call the Green Line the ‘Obama Line,’” she says. “Everything with him is settlers, everything is occupation. The reality is that we’ve become too big to move.”

Weiss has big plans for the winery, including building a restaurant for the busloads of tourists – including large numbers of religious Americans – who visit the winery and usually leave with bottles of red, whites or rosés. She hopes to begin construction this fall and have it open by the next wine-growing season. 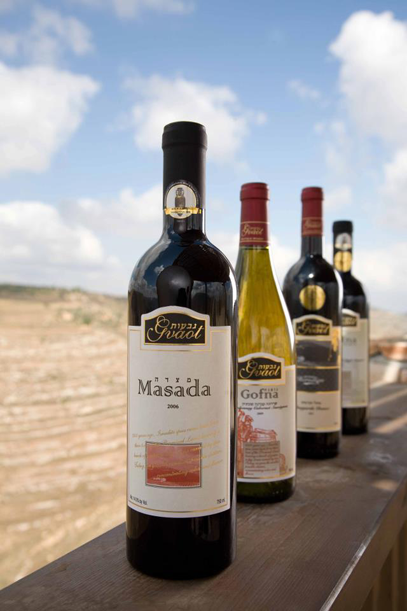 Drori, the winemaker, is equally bullish about Gvaot’s future. Like his mother-in-law, he dismisses the chances for a peace deal that would require abandoning his corner of the West Bank. Drori says that he has good relations with the Palestinians living in nearby villages and insists that they are doing better under Israeli control than they would as citizens of an independent state. “The Palestinians are very happy,” he says. “You can see them walking with baby carriages, you see them with iPhones, you see them with satellite dishes. They’re prospering, and I’m quite happy about it. It’s good for us.”

Sitting in Gvaot’s small tasting room, Drori brings out a full-bodied Cabernet Sauvignon Reserve, one of Gvaot’s most expensive wines. He swirls the glass around gently, brings it to his mouth, and takes a long sip. He said it was a favorite of Rogov, the wine critic. Then Drori stands up, shakes hands, and heads for the door. It’s just after 11 AM, and he has a busy day ahead. Drori and the graduate students who work in his lab at a nearby university are trying to identify and ultimately recreate the types of grapes that would have existed in the region during Biblical times. “We will have unique Israeli grapes, some for eating, some for wine-making,” Drori says. “Maybe in 3 to 4 years we can actually sit here and have a glass of true Israeli wine.”