How do Benedikt Gross and Joey Lee spell “success”? The S is a curvy rooftop in Munich, the U a building in Chicago, the C a parking lot near Los Angeles, and the E a complex in Basel—all drawn from their quirky new alphabet, the first comprehensive effort to catalog as many as possible Roman letterforms scattered across the world’s surface as seen from above.

Gross, a designer in Stuttgart, Germany, and Lee, a geographer and native San Franciscan studying in Vancouver, are poring through databases of public and private satellite imagery, wielding algorithms they’ve developed to recognize letters. One result of their virtual prospecting will be a new typeface, with each character digitally generated from select letterforms they’ve found so far. The duo call it Aerial Bold (a play on the popular Arial font); they plan to complete it this year and make it available free online.

Does the world need another font? Of course not, which is why this massive feat of data-crunching and visualization, goosed by Kickstarter funding, falls somewhere between gallery-worthy art project and pure research. It’s the latter, Lee suggests, because embedded in the computer codes that find, locate and interpret letterforms are analytical tools to “inspire new approaches to detecting features in space.” Including, if you can spot it, the only Smithsonian museum in the array above. 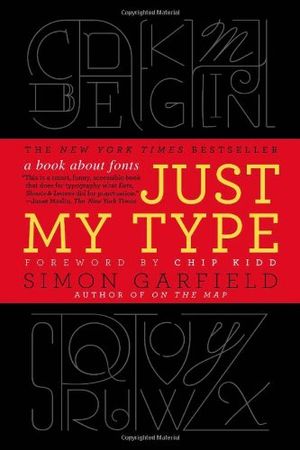 Just My Type: A Book About Fonts