A new book fills its pages with an illustrated, intersectional exploration of the past century 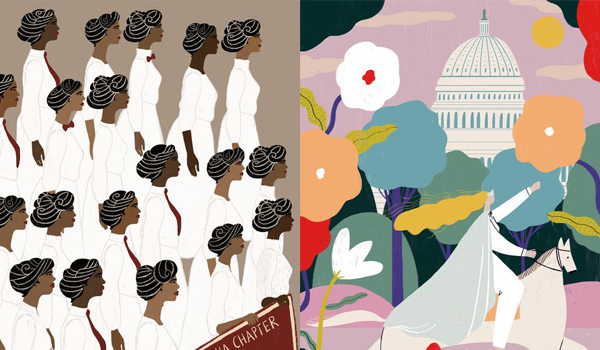 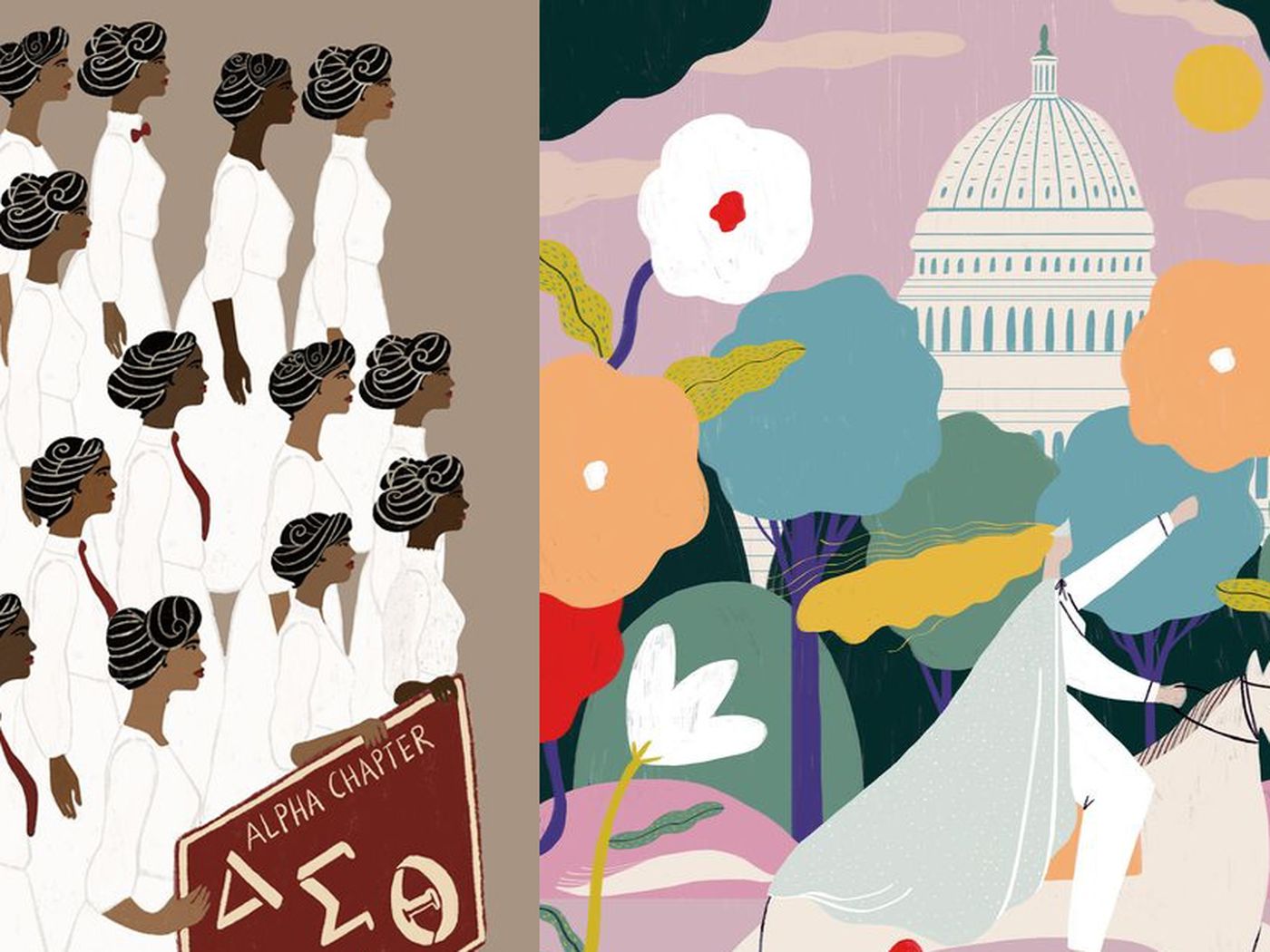 In the 1913 march for women's suffrage, Inez Milholland (right) led the procession on Pennsylvania Avenue, while black suffragists like the women of Delta Sigma Theta sorority were relegated to the back.

Over the course of the many centennial anniversaries surrounding the 19th Amendment, which extended the right to vote to women, publishers have released scores of books that capitalize on renewed interest in the topic. Few new books, however, are as intersectional and visually arresting as award-winning author and art historian Bridget Quinn’s latest: She Votes: How U.S. Women Won Suffrage, and What Happened Next.

The book recounts the diverse array of women who fought for equality throughout American history, both in the decades leading up to the amendment’s ratification and in the generations since. Quinn’s whimsical yet serious tone reveals the ways in which feminism affects everyday life and highlights the figures who made it possible. Women across political and cultural spaces, like queer writer-activist Audre Lorde, Representative Patsy Takemoto Mink of Hawaii, and Senator Carol Moseley Braun, the first African American woman to hold that title, are portrayed here as complex humans striving for equality in their own ways.

A historian of the American South, Nell Irvin Painter, contributes the foreword and a self-portrait that sets the tone for the book. Quinn, she writes, “does not skip over the continued disenfranchisement nor the agency of women of color” and “never loses sight of the limitations, even the villainies, of women suffrage within the prejudices prevailing in American society over time.” Painter’s introduction challenges the beginnings of the women’s rights movement and what we have been taught about it; regardless of gender and age, no one should assume they know enough about this history.

To help tell this complex story, Quinn brought on 100 women artists, each illustrating a historical figure, or scene, in their respective styles. This publication, for many of the artists, marks their first time being featured among other women artists. With vibrant colors and varied mediums, “an art bounty of women’s empowerment,” says Painter, weaves readers into Quinn’s verse and how the women in it have shaped the world around them, Painter declares. She Votes: How U.S. Women Won Suffrage, and What Happened Next

She Votes is an intersectional story of the women who won suffrage, and those who have continued to raise their voices for equality ever since.

The illustrations accompany tales of law-making and law-breaking, literary angst, protest movements, quarrels within the leaders of Second and Third Wave feminism, and countless narratives that paved the way for Gen Xers and Baby Boomers to march together at the 2017 Women’s March and the ongoing protests around the world. Chapters like “Seneca” and “Winning the West: Sacajawea” open with compelling portraits of Indigenous women, whose agency and communal power inspired the Seneca Falls Convention. Such acknowledgements in the book show that women, across all intersections, have activated movements.

Here, alongside their illustrations, are ten women artists offering perspectives on their work, women’s rights and the will to move towards a global movement that centers the most marginalized people.