The Nakoda once lived across Western Canada and into Montana, but in the familiar tragedy that played out across the Americas, their territory has long since been reduced, to small reservations in Alberta. Glimpses of their heritage can be seen today at the Calgary Stampede, a century-old rodeo that draws a million people to the city every July. That’s where the photographer Richard Phibbs met this unnamed Nakoda man, whose portrait appears alongside images of big sky and cowboys in Phibbs’ new book, The West. Phibbs, who lives in New York City, grew up in Calgary, working his first paid job sweeping floors at the Stampede, and he now views westerners in the light of history that left scars as well as legends. “As a child, the only homeless people I ever saw were aboriginal people,” he says. “As an adult, you begin to learn why.” He aims to restore the “honor and dignity they deserve.” 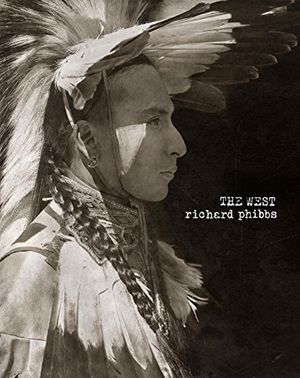 Acclaimed photographer Richard Phibbs turns his unique eye for beauty westward. "The West," his second book, is an extremely personal view of the beauty and authenticity of the place and its lingering hold on our national consciousness. Once more Phibbs collaborates with Alfredo Paredes, Executive Vice President, Ralph Lauren, his partner in his first monograph, "Chasing Beauty."