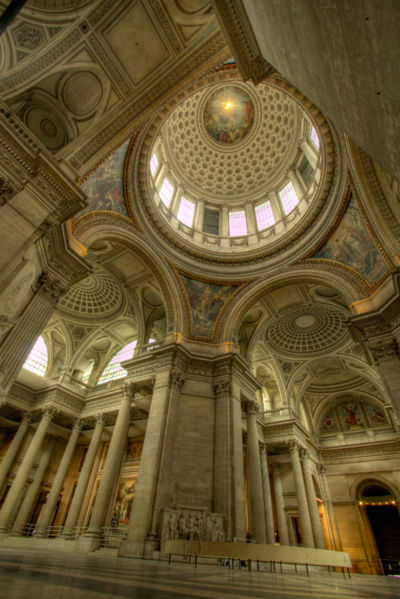 As much as words like powerful and imposing are used to describe art, the objects that embody these terms are incredibly vulnerable to defacement and destruction.

Picasso, Rembrandt, Monet, Duchamp, Lichtenstein—the list goes on and on of artists whose paintings have been attacked through the years. In 1972, a mentally ill geologist attacked Michelangelo’s Pietà with a hammer while the sculpture was on display in St. Peter’s Basilica in Rome. This was before the days of encasing the piece in bulletproof glass. The Madonna's right hand was shattered; the tip of her nose and eyelid were also damaged. Restored at the Vatican, the sculpture still bears the scars—the lines where the marble fragments were fused back together—of this violent act.

The whole world was watching when the Taliban systematically destroyed the Bamiyan Buddhas in 2001. These carvings, both more than 100-feet tall, were created sometime in the third century A.D., and had been revered and left untouched in cliffs since then.

In the last few months alone, a number of art vandals have made the news. A lipstick-wearing woman gave a Cy Twombly painting a big smooch while it was on display at the Museum of Contemporary Art in Avignon, leaving a red smear on the $2 million canvas.

Vandals in Sweden broke into an art gallery to destroy sexually explicit photographs made by artist Andres Serrano that were being shown in his “History of Sex" exhibition.

I don’t pretend I understand the reasons for these acts. I don’t really care to. What I want to highlight is that in the face of all this destruction, there are some people who are actively fighting back and actually saving our objets d’art, even while breaking the law to do it.

One guerrilla restoration that always cheers me due to its sheer audacity and playfulness took place in Paris in 2005. Four members of the Untergunther, an underground collective of native Francophiles, set up shop in one of the city’s most beloved landmarks, the Panthéon. For approximately a year, the quartet slipped into the building and worked to restore and repair the antique clock that resides there. They completed their mission and then alerted the monument’s staff, not to boast about how they snuck in and out undetected, but so the administrators would know to wind the clock.