Maya Angelou published the first of her seven memoirs not long after she distinguished herself as the star raconteur at a dinner party. “At the time, I was really only concerned with poetry, though I had written a television series,” she would recall. James Baldwin, the novelist and activist, took her to the party, which was at the home of the cartoonist-
writer Jules Feiffer and his then-wife, Judy. “We enjoyed each other immensely and sat up until 3 or 4 in the morning, drinking Scotch and telling tales,” Angelou went on. “The next morning, Judy Feiffer called a friend of hers at Random House and said, ‘You know the poet Maya Angelou? If you could get her to write a book...’”

That book became I Know Why the Caged Bird Sings, which recently celebrated its 50th birthday.

In the memoir, Angelou (born Marguerite Johnson) boldly told the heartbreaking truths of her childhood, including how she was raped at the age of 7 by her mother’s boyfriend. She would later explain, “I stopped speaking for five years. In those five years, I read every book in the black school library. When I decided to speak, I had a lot to say.”

One of the women who helped Angelou find her voice was a teacher in Stamps, Arkansas, named Bertha Flowers. She was the kind of woman you rarely got to read about in American literature in the 1960s. Angelou’s writing is cinematic; in Caged Bird, she transports the reader to another time:

Mrs. Bertha Flowers was the aristocrat of Black Stamps. She had the grace of control to appear warm in the coldest weather, and on the Arkansas summer days it seemed like she had a private breeze which swirled around, cooling her. She was thin without the taut look of wiry people and her printed voile dresses and flowered hats were as right for her as denim overalls for a farmer. She was our side’s answer to the richest white woman in town.

It is all there—life, not just in the American South but this American life, period—waiting for you to take the ride, the heartbreaking and brave journey that is Marguerite Johnson’s young life. Ahead of its publication, James Baldwin said Caged Bird “liberates the reader into life simply because Maya Angelou confronts her own life with such a moving wonder, such a luminous dignity. I have no words for this achievement, but I know that not since the days of my childhood, when the people in books were more real than the people one saw every day, have I found myself so moved....Her portrait is a biblical study in life in the midst of death.”

The critical and public reaction to the book was immediate and powerful. It was nominated for a National Book Award in 1970 and remained on the New York Times best-seller list for two years. It sold more than one million copies, has been translated into 17 languages and has never been out of print.

Over the last five decades, Marguerite Johnson has come to live in our imagination in a hallowed literary land where you can imagine she jumps double dutch with Meg Murry from A Wrinkle in Time and Scout Finch from To Kill a Mockingbird.

Part of the reason the book continues to resonate is that it is, and always has been, more than a memoir of one woman’s life. It has emerged as a blueprint for our times—presaging and encompassing everything from the #MeToo movement to self-care to the question of how to stand at the end of a tumultuous decade and look forward with hope. The book reminds every reader about the power in meeting brutal challenges head-on. As Angelou wrote in Caged Bird, her mother, Vivian Baxter Johnson, never flinched in the face of adversity: “She was Vivian Baxter Johnson. Hoping for the best, prepared for the worst and unsurprised by anything in between.”

It is the in-between of Angelou’s life that is so engaging and surprising. She was the first black female cable-car conductor in San Francisco, a successful calypso singer, a star of the New York theater taking on groundbreaking roles in productions such as French playwright Jean Genet’s The Blacks, a foreign service aide in Ghana, a magazine editor in Cairo and the first black woman to direct a major feature film in America. She was a friend and confidante of both the Rev. Dr. Martin Luther King Jr. and Malcolm X.

In the end, it seemed there was nothing that Maya Angelou couldn’t do. Caged Bird endures because it is a stunning reminder of all the possibility that lies on the other side of silence and suffering.

No American poet has played a bigger role in TV and movies than Angelou. Here are highlights from her work as an actor, director, and screenwriter.
by Ted Scheinman 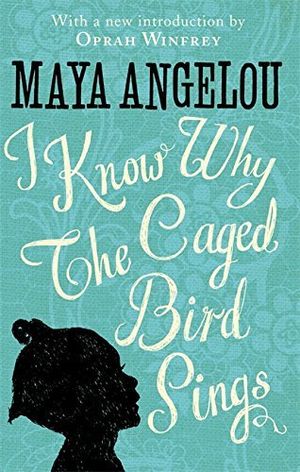 I Know Why the Caged Bird Sings

Veronica Chambers is the award-winning author of Mama’s Girl.