In the early 1930s, Dora Maar (1907-1997) was a leading Surrealist photographer whose daring darkroom experiments hung in Paris galleries alongside the work of Man Ray and Salvador Dali. “She was exploring psychology and dreams and inner states,” says Erin O’Toole, a curator at the San Francisco Museum of Modern Art, where Maar’s Double Portrait (c. 1930s) is appearing in a new group show. Maar’s soaring career faltered after she met Pablo Picasso in 1935. She modeled for him—she was the famed “Weeping Woman”—and became best known as his lover and muse. Picasso, no fan of photography, persuaded her to close her studio, and after their relationship ended, Maar could not regain her former fame. “All his portraits of me are lies,” she would later say. “They’re all Picassos. Not one is Dora Maar.” Those Cubist canvases are no longer the final word on Maar now that her own creations—mysterious, groundbreaking—are again hanging alongside the greats. 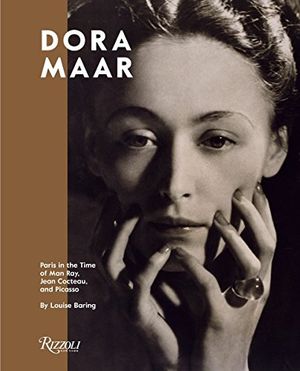 Dora Maar: Paris in the Time of Man Ray, Jean Cocteau, and Picasso

An exquisite volume on the beautiful, talented, and mysterious Dora Maar, showcasing her Surrealist photography, her life with Pablo Picasso, and her friendships with Surrealists in 1930s Paris.