For the past 15 years, fine arts photographer Beth Moon has taken pictures of really old trees. She has journeyed around the world in search of trees notable for their size, age and history, photographing during the day. Her most recent series, titled "Diamond Nights," however, plays with starlight.

Southern Africa, with its diverse ecosystems, has appealed to Moon for a while. While working on her 2014 book Ancient Trees: Portraits of Time, Moon spent time in Madagascar photographing baobab trees. Captivated by their grandeur, she decided to locate different species of baobab in the region, traveling to South Africa and Botswana. The quiver tree, an iconic aloe plant noteworthy for its height and ability to live hundreds of years in the heat of the African desert, brought her to Namibia.

Silhouetted against the night sky, these ancient trees appear otherworldly. Baobabs can live to be more than 1,000 years old, growing up to 80 feet high and 30 feet in diameter. Carl Taylor, a research associate with the Smithsonian National Museum of Natural History, describes the tree: "When the leaves are off they have this immense trunk and these little stubbly branches, so it looks like somebody pulled them up from the ground and reversed them and the roots are growing aerially." According to Taylor, while expanding populations and changes in land-use patterns pose a threat to baobabs, for the most part they are revered and allowed to grow quite large. "They're esoteric,” he says.

Moon decided to create her nightime-set tree series after reading about David Milarch in Jim Robbins' The Man Who Planted Trees. With the help of a local guide and tips from travelers, Moon tracked down the sites by day, scoped out a tree's best side, then returned after nightfall. Many times she returned on moonless nights. The darkness helped her to capture the details of ancient trees reacting to starlight that is millions of years old – by extension, capturing a sense of time and nature beyond ours.

“It’s hard to imagine because we have light so close to us in so many areas now," she says. "It’s a darkness like I don’t think I’ve ever experienced."

All of the trees and locations she has visited have been exciting in their own ways, Moon says; however, she found the abundance of stars to be a particularly memorable part of working on "Diamond Nights." “Because these locations were so remote and away from light pollution, the skies were absolutely blazing," she recalls. "I had never seen the Milky Way in its entirety stretched out across the horizon. It was spectacular."

Moon believes that trees are important to many issues faced by the world today and hopes that her photography can place them in the spotlight. “They’re part of our landscape, maybe to the point of kind of taking them for granted,” she says. "So I thought these iconic old trees could start a larger conversation."

While she prefers to keep quite about her upcoming projects, Moon does not believe that she will tire of trees anytime soon. 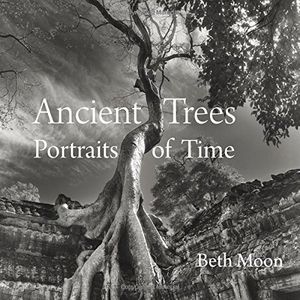 Beth Moon’s quest to photograph ancient trees has taken her across the United States, Europe, Asia, the Middle East, and Africa. Some of her subjects grow in isolation, on remote mountainsides, private estates, or nature preserves; others maintain a proud, though often precarious, existence in the midst of civilization.