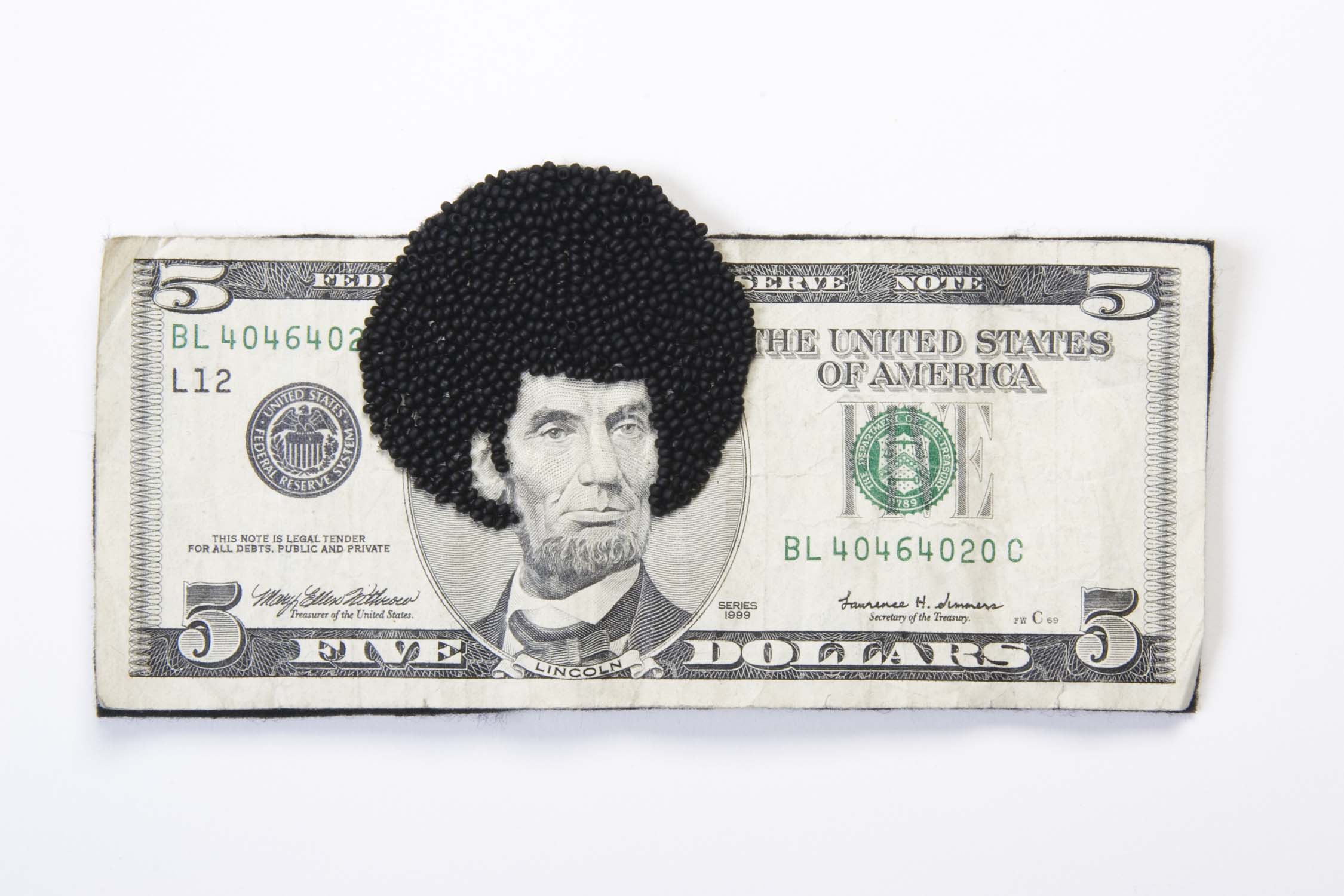 "Pricked: Extreme Embroidery" at the Museum of Arts & Design in New York City until the 27th of this month is an exhibition that subverts expectations. You think of embroidery as insipid doilies decorated with flowers and curlicues, but then see military uniforms stitched with visual homages to disfigured soldiers; a five-dollar bill with the head of Abraham Lincoln threaded with an Afro and sideburns; and a performance piece where visitors enter a “lying booth" and add their own falsehoods to the ones embroidered on the wall.

Rarely nowadays is skill in art discussed, let alone used as a basis for evaluation, but this exhibition showcases how mastery mesmerizes. Angelo Filomeno’s Death of Blinded Philosopher is a large panel that depicts a human skeleton with its eyes gouged out by a scaly, disembodied claw. The skeleton faces a stylized scarlet cloud—possibly the resulting blood splatter—of foliage and flowers and bugs. The detail and intricacy of the scene, created entirely using silk thread on linen, attest to the boggling ability of the artist.

What especially impressed me is that the works in the show were not conspicuously self-conscious of the craft they display. The form did not override or rob the pieces of expressiveness. Instead, it seemed like the pieces could only exist as embroidery; the intent of the artists could only be communicated this particular way.

A few pieces were over the top. One artist made a nightgown out of chemically-peeled skin. And there were a few too many subcategories. But overall, "Pricked" showed that when artists are committed to making relevant and significant works, there are no limits to an artistic medium or craft.