Best known in the States for collaborating with the “gonzo” writer Hunter S. Thompson in the 1960s and ’70s, Ralph Steadman provided that era with a signature visual style: satirical, strung out and suspicious of authority. A new book, Ralph Steadman: A Life in Ink, reveals the U.K.-based artist as more than just a counterculture documentarian. His early sketches of London street life show a knack for capturing character in a few quick, precisely chosen pen strokes, and as an art student at East Ham Technical College in the ’50s, Steadman tried his hand at abstract watercolors that evoked the playful canvases of Joan Miró. Throughout his career, the artist—who at 84 still relishes turning his sharp pen on contemporary politicians—has remained open to serendipity. “Your white sheet of paper, it’s really an adventure playground, isn’t it?” he says. “There’s no such thing as a mistake. A mistake is an opportunity to do something else.” 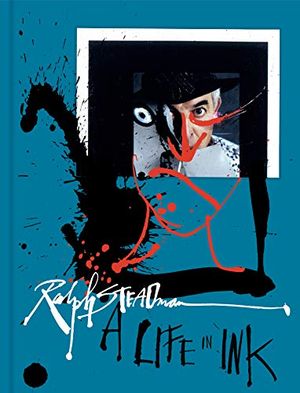 Ralph Steadman: A Life in Ink

The definitive career retrospective of this revered and provocative UK artist