In Indigenous communities along the coast, a lively artistic movement plays with tradition 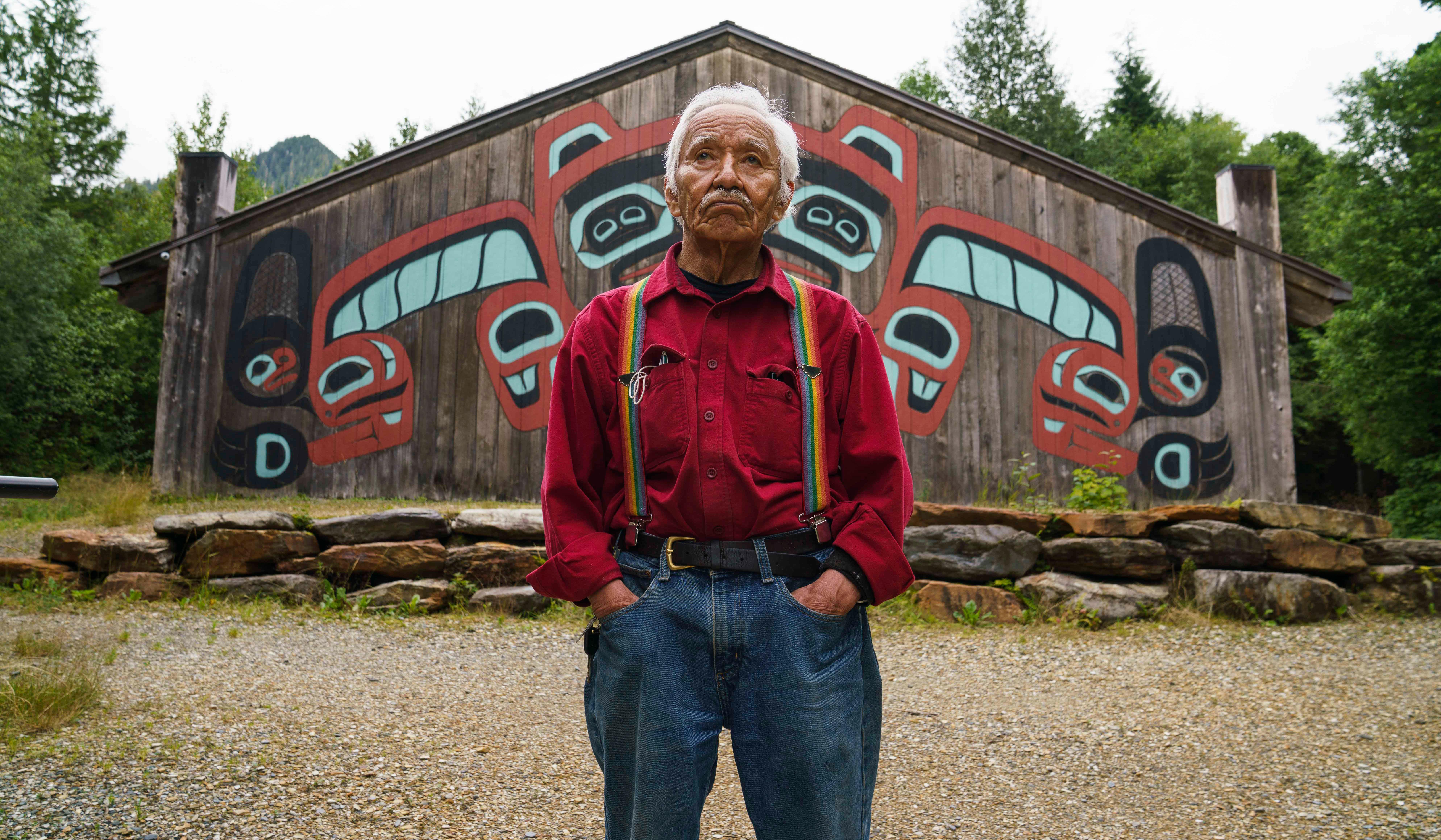 Nathan Jackson, a Chilkoot Sockeye clan leader, in front of a Beaver Clan house screen that adorns a longhouse at Saxman Totem Park. The house screen was carved on vertical cedar planks before it was raised and assembled on the house front. Jackson, who led the project, found his way back to his heritage circuitously after a boyhood spent at a boarding school that prohibited native languages and practices. Fernando Decillis

Among the indigenous nations of Southeast Alaska, there is a concept known in Haida as Íitl’ Kuníisii—a timeless call to live in a way that not only honors one’s ancestors but takes care to be responsible to future generations.

The traditional arts of the Haida, Tlingit and Tsimshian people are integral to that bond, honoring families, clans, and animal and supernatural beings, and telling oral histories through totem poles, ceremonial clothing and blankets, hand-carved household items and other objects. In recent decades, native artisans have revived practices that stretch back thousands of years, part of a larger movement to counter threats to their cultural sovereignty and resist estrangement from their heritage.

They use materials found in the Pacific rainforest and along the coast: red cedar, yellow cedar, spruce roots, seashells, animal skins, wool, horns, rock. They have become master printmakers, producing bold-colored figurative designs in the distinctive style known as “formline,” which prescribes the placement of lines, shapes and colors. Formline is a visual language of balance, movement, storytelling, ceremony, legacy and legend, and through it, these artisans bring the traditions of their rich cultures into the present and ensure their place in the future.

Fernando Decillis works primarily in the United States and in Colombia, as both an editorial and advertising photographer. His clients have included Coca-Cola and Reebok, and his work has appeared in Vanity Fair and Bloomberg Businessweek among others.

Kimberly R. Fulton Orozco, a descendant of the Kaigani Haida nation, is a photography producer in Atlanta.