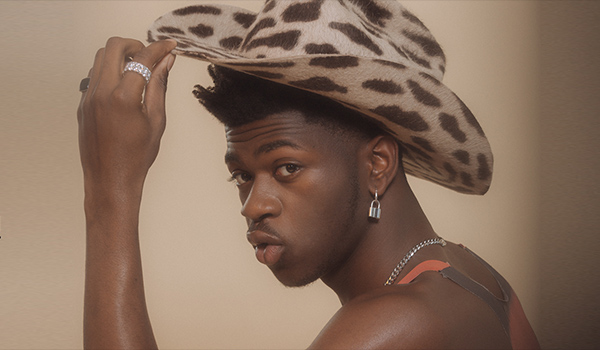 A video of elementary school students singing the breakout hit with Lil Nas X went viral in May. "It was an incredible sight to see." Kayla Reefer

Nothing makes a person feel more like a lonesome cowboy than being forced to stare down the open highway of the rest of his life. Last year, the then-19-year-old Montero Lamar Hill was doing just that, having dropped out of the University of West Georgia and sleeping on his sister’s floor.

Hill, who spent his entire life online and witnessed firsthand the way stars are born through the constantly shifting world of internet content, passed these days making humorous videos on Facebook and going viral on Twitter. But being well liked online doesn’t pay your sister’s rent. By the end of 2018, she wanted him to move out and take care of himself.

Having grown up in the tiny town of Lithia Springs, Georgia, Hill never envisioned himself as a pop star until he began experimenting with rapping over beats he found online. He released a few songs, to tepid online reception, but now he needed to think big. The next song he would make needed to be his way out.

He spent $30 to download a beat made by YoungKio, a producer in the Netherlands (which prominently samples an instrumental recording by the American rock band Nine Inch Nails), and channeled both his Southern roots and his feelings of solitude.

“I’m gonna take my horse to the old town road / I’m gonna ride ’til I can’t no more,” he sang, recording on his own in an Atlanta studio on December 2, 2018. Later that day, he released “Old Town Road” under the name Lil Nas X.

Within four months, “Old Town Road” was the No. 1 song on the Billboard Hot 100—and it stayed there for a record-breaking 19 weeks. Almost one year after its release, it has been streamed more than a billion times on Spotify. Lil Nas X signed a contract with Columbia Records, launched his own clothing line with Wrangler (a nod to one of the song’s lyrics), adopted some puppies and has been spotted hanging out with celebrities from Rihanna to Oprah.

The story of how “Old Town Road” became the most dominant musical force of 2019 is a mixtape of the flouting of musical boundaries, the explosive potential of digital media, the unfailing capacity of young people to surprise and disrupt, and culture’s infinite appetite for the new. It is also the American story of the self-made artist-entrepreneur, updated with instantaneous global fame.

Lil Nas X’s campaign began as soon as “Old Town Road” was released; he heavily promoted the track through self-created memes—amusing images and videos that spread quickly and widely online—on Twitter and Instagram, claiming at one point that he made “more than a hundred short videos” meant to amp up interest. He even tried to recruit country star Billy Ray Cyrus for a remix, which came to fruition in March.

“I saw the power to make something bigger from social media because it’s done so often nowadays,” he explains. “I didn’t want to miss my chance. I went for it.”

His timing was impeccable: As he was hustling, a new short-form video-sharing app, TikTok, was catching fire. Users could record any kind of video—dancing, lip-synching, model-posing—set to its catalog of songs and reach hundreds of millions of global users immediately. “Old Town Road” became an easy fit for its young Gen Z users, who created cowboy memes set to snippets from the track. It spread faster than even Lil Nas X expected.

It helped that the song was a sugar rush of catchiness that clocked in at just under two minutes. It was both a novelty in the way he emphasized his own Southern accent to flex like a rapping Johnny Cash but also a serious feat in semi-innovation: The steely guitar riff from the Nine Inch Nails song that YoungKio’s beat samples made way for the familiar hi-hat snare drums that build the foundation of rap’s “trap” sub-genre. “Old Town Road” fused together two adjacent musical worlds, wholly aware of how humorous the concept was.

As the song climbed multiple music rankings, Billboard removed “Old Town Road” from its Hot Country chart, claiming that the twangy song about a lone cowboy riding his horse did not “embrace enough elements of today’s country music.” The decision rankled fans and provoked controversy, especially given that white country artists like Florida Georgia Line and Luke Bryan have been introducing more rap and hip-hop elements to their “traditional” country sound.

“That is some BS,” the country singer Meghan Linsey tweeted in response to Billboard’s move, saying the song’s “got plenty of ‘country elements’ and its [sic] as ‘country’ as anything on country radio, tbh.” Moses Sumney, a singer-songwriter, said, “Lil Nas X’s country chart removal is discriminatory considering how hip-hop production is appropriated in today’s pop-country.”

“Old Town Road” was then a perfect storm: Young kids appreciated its meme fodder while older fans, musicians and critics began taking notice because of the debate about race and genre it ignited. For his part, Lil Nas X was surprised. “I didn’t think any conversation would happen,” he says. “I just thought it would be a nice song that would do good for me.”

Cyrus, who caused his own country music stir in 1992 with his breakthrough pop hit “Achy Breaky Heart,” responded to Lil Nas X’s earlier plea by writing and recording a new verse for “Old Town Road,” which was added to the original. The remixed version catapulted to the top Hot 100 spot, where it stayed for nearly half of this year, while blocking hit-making heavyweights like Taylor Swift and Ed Sheeran from the top.

The next step for Lil Nas X was proving that he was more than a one-time viral sensation. That has worked pretty spectacularly so far. In June, he released 7, his debut eight-song EP, that featured top names in pop, rap and rock like Travis Barker, Cardi B and Ryan Tedder. He even asked Kurt Cobain’s daughter, Frances Bean Cobain, for permission to interpolate Nirvana’s “In Bloom” on his current Top 10 hit “Panini.” She was a fan of “Old Town Road” and quickly obliged.

Onstage, Lil Nas X is presenting himself as a pop star in the vein of Usher, one of his favorite artists growing up. His performances now feature choreography and backup dancers, which he debuted at the MTV Video Music Awards and in the “Panini” music video. On Twitter and Instagram, he is as fiercely funny as he was when he was best known for making memes; he is still creating viral content to promote his songs and interact with his growing fanbase.

“I wanted to establish, very early on, that I’m not going in whatever direction I’m expected to go into because I don’t want to limit myself on what I’m allowed to do,” Lil Nas X explains.

Brittany Spanos is a staff writer at Rolling Stone.

Kayla Reefer is a photographer based in Los Angeles.