The city best known for its association with Vincent van Gogh now has a new, controversial art center 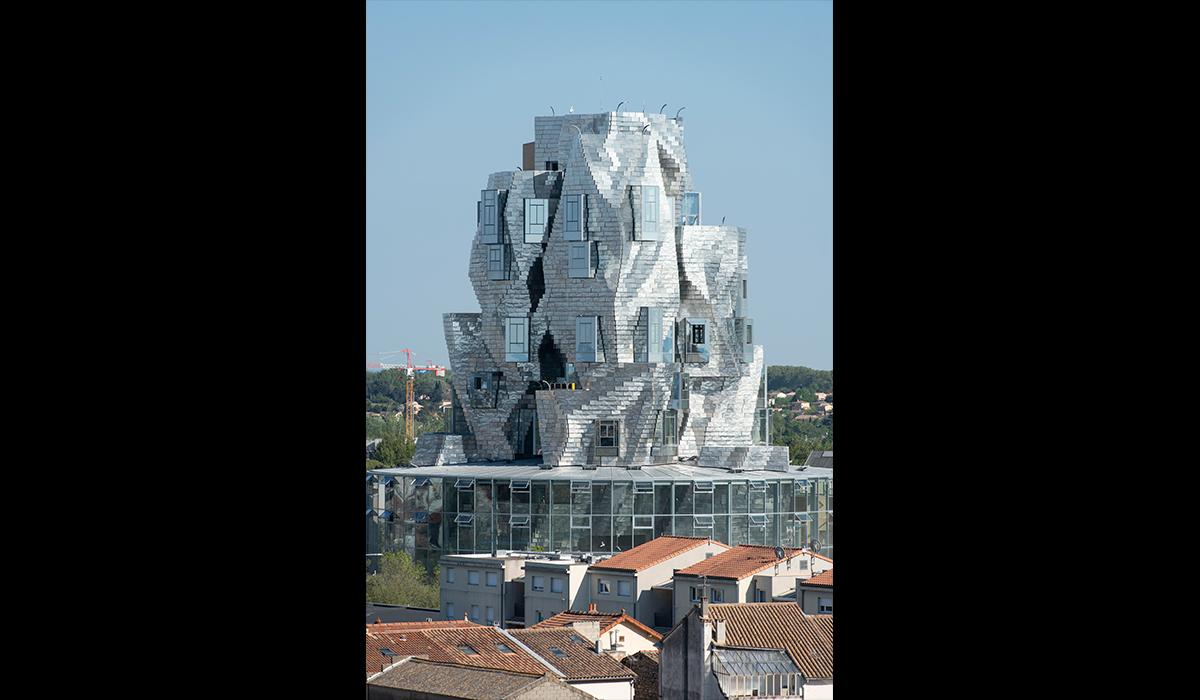 Photographed in late April while still under construction, LUMA Arles is no skyscraper at 184 feet tall, but it towers over neighbors in the ancient city. Sylvain Heraud

Over its 3,000 years, the city of Arles, France, has seen a lot. The Provençal town, once home to the Celts and later the Greeks and Romans, has played host over the centuries to a varied cast of characters that includes Roman emperors and Pablo Picasso. But it is perhaps best known as a pilgrimage site for devotees of Vincent van Gogh, who spent one of his most prolific years in Arles shortly before his death. The city’s lengthy and varied history has also made it a draw for architecture buffs: Its 12th-century Romanesque cathedral and ancient Roman amphitheater helped earn Arles one of France’s earliest Unesco World Heritage designations in 1981.

Sometime in the 17th century, a series of bourgeois townhouses were constructed in the village center. Since then, very little in Arles has changed. The city looks much the same as it did when Van Gogh sat at a sidewalk table and sketched the street scene that would become his famed Café Terrace at Night, and visitors can wander down the Place du Forum to dine at the same café the artist painted in 1888. Until recently, it would have been possible to walk across town and replicate the experience with Van Gogh’s Starry Night Over the Rhône—to stand on the banks of the river and gaze out at the same vista that met the artist’s eye over 130 years ago. For the first time in many years, Arles’ skyline is changing, with the addition of an ambitious new cultural complex called LUMA Arles.

Standing 184 feet tall, LUMA Arles towers over the city—the next tallest building is the 12th-century Cathedral of St. Trophime at about 138 feet tall. It is the centerpiece of the LUMA Foundation’s 27-acre campus, which the arts philanthropic organization has situated in a former railyard turned park. It's also the culmination of over a decade of work spearheaded by LUMA founder and billionaire Maja Hoffmann (the foundation’s name is a portmanteau of the first part of her children’s names Lucas and Marina). The tower, designed by Canadian-American architect Frank Gehry, seems to climb upward, twisting and turning as it stretches toward the sky. The building’s 11,000 reflective stainless steel panels spectacularly transform the building over the course of a day: It blends into a bright blue sky at noontime, gilds itself in the late afternoon, and twinkles as the sun sets. The style is unmistakably Gehry, with the sweeping, brushstroke-like lines and playful design cues that have become a hallmark of the dean of contemporary architecture.

The building has its detractors—Gehry’s initial plans were rejected as “threats” to the city’s archaeological sites, and some Arlesians have complained that the imposition of the angular, metallic tower is an affront to the stucco-and-stone charm of the village below. In a report from Vanity Fair’s French edition, a local townsperson said, roughly translated, “Those who are annoyed by this arrogance dub it ‘the beer can.’” But according to the 92-year-old architect, the design is intended to “evoke the local”: Its rippling exterior draws on Van Gogh’s Starry Night, while the tower’s central atrium pays homage to Arles’ Roman amphitheater. Local officials hope that Arles will see a “Bilbao effect,” and be rejuvenated like that Spanish city was after the Gehry-designed Guggenheim Museum opened there in 1997.

It’s fitting that LUMA Arles’ design pays homage to the city’s artistic heritage, since its primary purpose is to serve the arts. The complex will be home to the headquarters of Les Rencontres d’Arles Photographie, France’s oldest photography festival, and the nation’s only school of photography; it will also contain the offices of independent publishing house Actes Sud. The building will feature art exhibitions, artist studios and open archives (the latter of which includes over 8,000 Annie Leibovitz photographs). It takes “artist-in-residence” to a new level, as creators will be able to live on-site in flats converted from old railway buildings. And while its official debut takes place on June 26, the site has already hosted more than 100 events, from Gucci fashion shows to more traditional fare.

As much as it draws inspiration from the past, LUMA Arles has clearly set its sights on what lies ahead. From an aesthetic standpoint, Gehry’s design is strikingly futuristic, a monument to modernity in the midst of 17th-century townhomes and arenas that predate Christ. But LUMA Arles’ entire raison d’être is to drive innovation.

By creating a space that will bring together artists and innovators, the LUMA Foundation is hoping LUMA Arles will be a crucible for creatives from all backgrounds. Take, for example, Atelier Luma, another LUMA project run out of the Arles complex. An interdisciplinary think tank and workshop, Atelier Luma aims to refocus sustainability efforts on local approaches. Drawing on the unique challenges and opportunities presented by the Camargue region, its innovations include a method for using agricultural waste from rice to halt coastal erosion, and a 3-D-printed algae-based polymer that could replace plastics.

All in all, the foundation has poured at least $175 million into the Arles development, most of which has come from Hoffmann. The heiress to Hoffmann-La Roche, the world’s largest pharmaceutical company, Hoffmann has used her wealth to become an impressive collector and patron of the arts. Her private holdings include works by Matisse and de Kooning, and she is involved in the leadership of several prominent galleries, including Arles’ own Van Gogh museum. (Hoffmann had her own brush with contemporary art history in the ’80s, when she partied with Jean-Michel Basquiat and declined an offer from Andy Warhol to paint her portrait.)

Critics, including Françoise Lacroix, wife of prominent Arlesian Christian Lacroix and a force in her own right, and others, have suggested that LUMA Arles is little more than a vanity project, part of a growing trend of mega-rich benefactors avoiding the constraints of working with established institutions by simply starting their own museums from scratch. But Hoffmann rejects such a characterization of LUMA Arles. She intends for it to be, first and foremost, a tool to help artists and innovators develop new approaches to their challenges. It will be, as Hoffmann announced at the outset of the project in 2010, “Là où, toujours, quelque part quelque chose se passe”—the place where something is always happening.

Teddy Brokaw is a law student and freelance writer based in New Haven, Connecticut.

Sylvain Heraud is a French travel and architectural photographer.