Françoise Gilot was fresh off her first gallery exhibition when, at 21, she met Pablo Picasso in a Paris bistro. While she remains best known for their decade-long affair, during which she served as his favorite model, Gilot, who turned 100 in November, has undergone an artistic reappraisal—one that some critics say was long overdue. Her spare abstract works, expressionist landscapes and perceptive portraits hang in top museums. Now a new book, Françoise Gilot: The Years in France, offers a survey of her oeuvre before she emigrated to the United States, in 1970. “Picasso created portraits of his young muse in all kinds of media...that would guarantee the immortality of his model,” Annie Maïllis, Gilot’s friend and biographer, writes in an introductory essay. “To maintain control over her own image, Françoise responded in self-portraits.” Or, as Gilot herself once put it, “One’s ego is not satisfied by the fact that one had been painted by Picasso.” 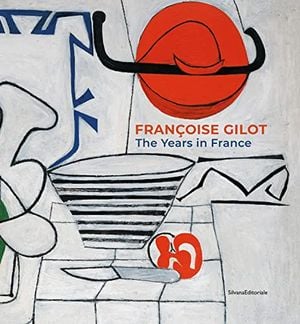 Françoise Gilot: The Years in France