One hundred years ago this February, Victor Records recorded a 78-rpm disc called “Livery Stable Blues” by the Original Dixieland “Jass” Band. This exuberant number became a nationwide hit, selling more than a million copies, and today it is almost universally hailed as the first jazz recording. For millions of Americans, the record was their first contact with the signature art form that was about to take over pop culture and become one of the nation’s most influential and beloved exports.

The five men in the Original Dixieland Jazz Band, all white New Orleanians, formed the band in Chicago in 1916; they’d all been playing there separately for better money than they could make back home. (In late 1917, they swapped “jass” for “jazz,” the now standard spelling of a word originally used to describe baseball players with pep.) The musicians soon moved to New York City, where a nod from Al Jolson helped land a gig at the theater crowd’s favorite post-show hangout: Reisenweber’s Café on Columbus Circle.

Most people had never heard anything like “Livery Stable Blues.” It was a transitional piece, looser and more spontaneous than the ragtime that had swept the country at the turn of the century but lacking the improvised solos and elastic rhythm of jazz to come. The song was essentially a 12-bar blues, with leader Nick LaRocca’s cornet, Eddie Edwards’ trombone and Larry Shields’s clarinet blowing simultaneous, counterpointed lines—and imitating barnyard animals—over the beat of Tony Sbarbaro’s drums and Henry Ragas’ piano.

Like the garage rock of the 1960s, it was simple music played with so much irreverence that it proved irresistible. For American youth invigorated by the rush of a world picking up speed, shaped by urban industry and teetering on the edge of the First World War, “Jazz was the right thing,” says Michael White, a well-regarded jazz clarinetist and professor at Xavier University of Louisiana. “It broke rules and dared to say you could be an individual.” The band was a sensation—“the latest craze that’s sweeping the nation like a musical thunderstorm,” raved the New York Times—and recorded six more 78s in 1918. New bands rushed to cash in on the sound.

New Orleans residents, meanwhile, were already well acquainted with it. For more than a decade, African-American musicians such as the cornetists Buddy Bolden, Freddie Keppard and Joe Oliver had combined the precise, written music of ragtime with the meandering “ear music” of rural blues, adding improvised solos to the “ragged” syncopated rhythm. They mostly played for black audiences, but also performed in parades where anyone on the sidewalk could hear. Soon white musicians picked up the style. “There’s an exact analogy with the rock and R&B of the ’50s and ’60s, when the sound of youthful rebellion was pioneered by black performers and then popularized by white performers,” says White.

When Keppard, Oliver, Kid Ory and Louis Armstrong began to record in the 1920s, these African-American innovators proved more skillful and imaginative than the Original Dixieland Jazz Band. But it’s no sin to be less talented than Louis Armstrong, and LaRocca’s group continued to make records that were exciting in their simplicity into the 1940s. Eventually, the band’s reputation suffered by the leader’s belligerent, easily disproven claims that he had invented jazz. Even so, the band’s hits would become standards for later giants like Bix Beiderbecke. Jass, after all, had a life of its own.

Editor's Note, February 28, 2017: In “All That Jass,” we erred in citing the members of the Original Dixieland “Jass” Band who recorded “Livery Stable Blues”: Larry Shields played clarinet and Tony Sbarbaro was on drums. 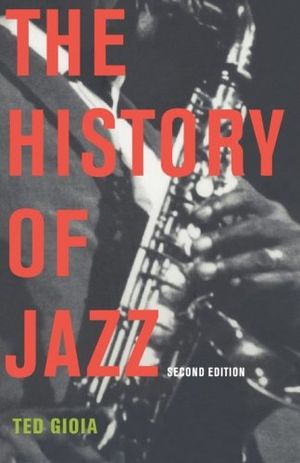 The History of Jazz

Geoffrey Himes has written about music for the Washington Post, Smithsonian magazine, Rolling Stone, the New York Times, Jazz Times, Sing Out and many other publications since the late 1970s. He has won three ASCAP/Deems Taylor Awards for music writing. Born in the USA, his book on Bruce Springsteen, was published in 2005, and he is currently finishing a book on 1980s progressive country for the Country Music Hall of Fame.