Labeled an “artist of the Deep South” by critics who praised her “vigorous” and “dramatic” abstract expressionist canvases, Dusti Bongé, née Eunice Lyle Swetman (1903-1993), spent most of her life in her native Biloxi, Mississippi, painting in a backyard studio. Her gallerist, the visionary Betty Parsons, who also represented Jackson Pollock and Mark Rothko, urged Bongé (whose friends nicknamed her “Dusti” because she was often washing dust off her face) to relocate to New York, then the center of the art world. “She decided that really wasn’t her,” says J. Richard Gruber, author of a new illustrated biography of the artist that accompanies a major retrospective on view at the Mississippi Museum of Art in Jackson through May. Bongé’s choice may be part of why she remains little known outside the South, but Gruber believes it’s time for that to change. “She’s one of many important women who have remained in the shadows of male artists for too long.” It’s also her connection to Biloxi—with its tropical light, streets paved with oyster shells and intermix of black, white and immigrant communities—that makes her art unique, he argues. “That’s a strong tradition in the South, that connection to place. She traveled the world, but Biloxi was really her world.” 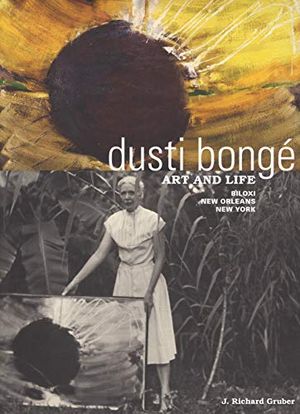