Dornith Doherty’s photographs of seedlings and the facilities where they’re conserved are full of plant life, and yet they were inspired by a seemingly inhospitable place: a below-zero, highly secure vault in a remote Norwegian archipelago.

More than a decade ago, the professor at the University of North Texas read an article in the New Yorker chronicling the construction of the Svalbard Global Seed Vault, a “Doomsday vault” built to store up to 2.25 billion seeds and more than 5,000 species plant species. Doherty hadn’t heard of seed banks before, but she had long created art that engaged with questions about humans and their interactions with the natural landscape around them. She’d lived in Kyoto for three months in 2003 to photograph historic Japanese gardens and, from 2002 to 2008, made expeditions along the Rio Grande to create images of her photographs of the landscape that incorporated natural specimens and cultural artifacts, such as corn husks and clothing. (Picture a sky projected onto blue jeans or an array of beans overlaid with an expanse of dusty land.)

“What really inspired me was this profoundly pessimistic and optimistic project,” Doherty recounts, where the “severity of climate change and declining biodiversity and agriculture had led to…these institutions and volunteers and scientists from all over the world collaborating to create the first truly global botanical backup system.”

Since then, Doherty has captured hundreds of photographs of seed banks and the plants in their care for her “Archiving Eden” project, which earned her a Guggenheim Fellowship in 2012. With their shifting colors and mesmerizing geometry, the images—15 of which are on display at the National Academy of Sciences in Washington, D.C. through July 15—capture scientists’ attempt to stop time and preserve seeds to guard against the consequences of an ecological disaster.*

The first stop on her quest to document the “dystopian and utopian combination” of this method of disaster preparedness was the Lady Bird Johnson Wildflower Center in Austin, a four-hour drive from her home. She snapped away the center collected dryland flora for a joint project with Britain’s Millennium Seed Bank. From there, she gained entry to what NPR called “Fort Knox for the world’s seeds”: the National Center for Genetic Resources Preservation, a federal facility in Fort Collins, Colorado. While there, Doherty spotted an x-ray machine used to assess seed viability and condition. X-rays, she realized, would let her tap into “all that really profound poetry and wonder [that] was hard to get at through the documentary photographs” of the seed bank facilities and equipment. X-rays also seemed like a fitting medium in that an x-ray machine “visually allows you to experience something that you would not have access to”—like the inside of a seed pod. She took photos of labs, incubators and the quarantine area for new seeds, and she x-rayed all sort of plantlets—potato clones, sunflowers, alfalfa. The x-rays render the plants ghostly and ephemeral, leaf veins and the internal architecture of seed pods laid bare.

As the “Archiving Eden” project continued, Doherty documented the carefully organized shelves of seed banks around the world. In a single seed bank visit, she’d scan thousands of seeds. At one point, inside a vault so cold it required her to wear a polar suit, her camera froze. After Doherty’s site visits, she returned to her studio and begin the long process of digitally stitching together the photos, to get high levels of detail and make prints that tower 12 feet high or more (a process time-consuming enough that she barreled through all of the Moby Dick audiobook).

Doherty also created lenticular images, meaning that the ridged surface of the print shifts from one snapshot to another as the viewer moves, making it look animated. “I wanted the sense that [the image is] still but it’s everchanging,” Doherty explains, mirroring the seed banks’ quest “to create a state of suspended animation” for the plants in their care. One piece in the upcoming exhibition, More Than This, shows a grid of over 4,800 seeds (x-rayed individually) that shift from green to brown or blue. The number of seeds is just shy of 5,000, the requisite quantity to save a species from extinction.

Two years into the project, Doherty had the chance to visit Svalbard. It took her two days of travel to reach the remote location of the doomsday vault, which opens only for a few days each year. Inside, she photographed the long entrance tunnel and the stacked boxes of seeds from different countries. “You’re in one of the most biodiverse places on the planet, and you’re on the North Pole,” she recalls of the visit. “It was a profoundly moving experience.”

Now, 11 years into “Archiving Eden,” the questions Doherty asks have broadened in scope, both figuratively and literally—she’s working on creating two large-scale installations, one in Australia and one in Toronto, both of which involve plants or seeds. As the project’s progressed, she’s accumulated a trove of conservation stories. Behind a photograph of the wood-paneled Vavilov Institute of Plant Industry in Saint Petersburg, for instance, is the story of nine scientists who, during the Nazi siege of Leningrad, died of starvation rather than eating the seeds in their care.

Another print, 1,400 Ash Tree Seeds, assembled from scans taken at the Fort Collins seed bank, shifts from green to brown as you pass it. It references the scramble to collect ash tree seeds before emerald ash borers, ash-tree-killing beetles accidentally introduced into the U.S., finish their population-decimating spread across the country.

Doherty’s photos “communicate on a very…emotional level how important this [conservation] work is,” says Florence Oxley, a biologist who worked as the director of plant conservation at the Lady Bird Johnson Wildflower Center, Doherty’s first seed bank stop, back when “Archiving Eden” began. At the time, Oxley says, seed banking “was a relatively new tool in the conservation tool chest,” but Svalbard has brought the practice to the public’s attention. Oxley says Doherty’s photographs introduce viewers to “another way to look at nature”—she calls the lenticular prints and x-ray images “the sexy stuff” that seizes the attention of a viewer who’s unfamiliar with seed banking.

*Editor's Note, February 19, 2019: A previous version of this article misstated the number of images in Doherty's exhibition at the National Academy of Sciences. There are 16, not 15, works on display. 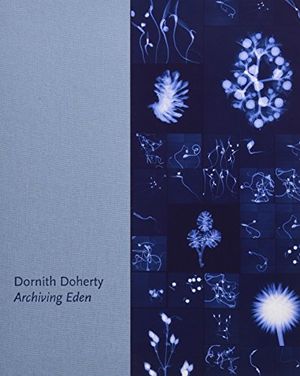 Spurred by the impending completion of the Svalbard Global Seed Vault, Archiving Eden explores the role of seed banks and their preservation efforts in the face of climate change, the extinction of natural species, and decreased agricultural diversity. Serving as a global botanical backup system, these privately and publicly funded institutions assure the opportunity for reintroduction of species should a catastrophic event or civil strife affect a key ecosystem somewhere in the world.