The first song ever published by George Gershwin was “When You Want ’Em, You Can’t Get ’Em, When You’ve Got ’Em, You Don’t Want ’Em,” a ditty that one writer later described as “rather Berlinish with a dash of Kern.” Which is not bad for a 17-year-old. The publisher paid Gershwin $5 for the song (“I never got a cent more,” the composer would recall) in a deal that was struck 100 years ago this month—the unlikely overture to an ecstatically versatile oeuvre that included solo piano pieces, orchestral works, Broadway show tunes, jazz standards, Hollywood film scores and a groundbreaking opera, Porgy & Bess, which mixed blues and arias sung by an all-black cast.

Born in New York City to Russian Jewish immigrants, Gershwin was about 10 when he heard Antonin Dvorak’s Humoresque shimmer off the violin of a classmate named Maxie Rosenzweig at a grammar school recital—“a flashing revelation of beauty,” he later described it. He started studying piano and, at 15, dropped out of high school to work as a “plugger” at a publishing house in Tin Pan Alley, where he performed the latest sheet music for customers who flocked to hear him play.

Unlike his reserved older brother, Ira—the lyricist, with whom he would frequently collaborate—George couldn’t sit still. He brawled, skipped school, stole food from pushcarts. He was so restless that Richard Kogan, a psychiatrist at Weill Cornell Medical College (and a Juilliard-trained pianist) believes that if Gershwin were growing up today, it’s easy to imagine him diagnosed with attention deficit hyperactivity disorder, or ADHD. Gershwin himself seemed to see a link between his restlessness and his art. “Studying the piano made a good boy out of a bad one,” the composer famously stated. “It took the piano to tone me down.”

While other composers drew on European influences and traditional musical structures, Gershwin grabbed hold of diverse traditions to innovate rhythms and melodies that were fresh, culled from the vibrancy of life around him. The rich American melting pot poured from his fingertips. “Old music and new music, forgotten melodies and the craze of the moment, bits of opera, Russian folk songs, Spanish ballads, chansons, ragtime ditties combined in a mighty chorus in my inner ear,” Gershwin wrote in 1926. “And through and over it all I heard, faint at first, loud at last, the soul of this great America of ours.”

Gershwin’s rambunctiousness dissipated as he matured, but not his vitality. As an adult, he tap-danced while waiting for elevators. He composed rapidly, late into the night. The noises of the city inspired him—the throbbing propulsions of a train in “Rhapsody in Blue,” his 1924 composition fusing elements of classical and jazz, the taxi horns in his 1928 symphonic poem “An American in Paris.” In his 20s, he hoped to persuade the famed French composer Maurice Ravel to take him on as a student. He was rejected. Fearing that Gershwin might lose his spontaneity, the elder composer is thought to have told him, “Why should you be a second-rate Ravel when you can be a first-rate Gershwin?” Gershwin had plans to compose a symphony, a string quartet, a ballet, another opera. But in 1937, at just 38, he died of a brain tumor.

His life was cut short, but his impact on American music was immeasurable. Leonard Bernstein, who like Gershwin crisscrossed genres and epochs, studded West Side Story with echoes of Porgy & Bess—both dramatized the depths of romantic love amid racial tensions in uniquely American milieus, and melded operatic style with American vernacular. Carly Simon credited Gershwin’s music with encouraging her to continue songwriting after deciding to give it up, and she wrote him a song, “In Honor of You (George).” Billy Joel called him a lifelong “personal inspiration.” And the Beach Boys’ Brian Wilson, who said he was smitten by “Rhapsody in Blue” at the age of 3 or 4, dedicated an entire album to Gershwin.

“My people are Americans,” Gershwin once wrote. “My time is today.” And that’s still true. 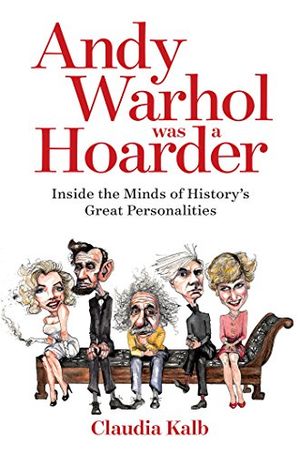 Andy Warhol Was a Hoarder

Claudia Kalb is a New York Times bestselling author and journalist who writes about science, psychology and human behavior. She is the author of Spark: How Genius Ignites, From Child Prodigies to Late Bloomers.