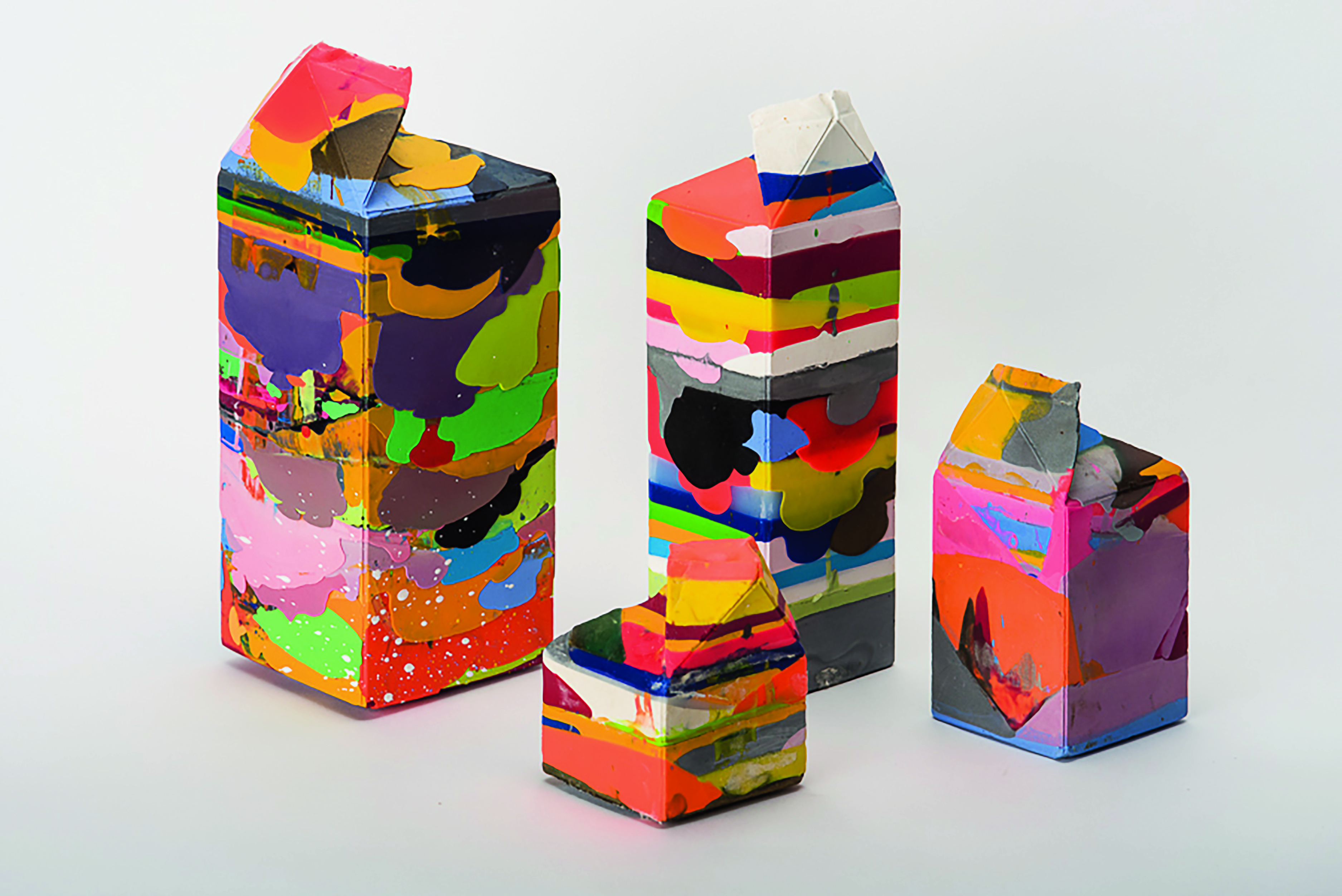 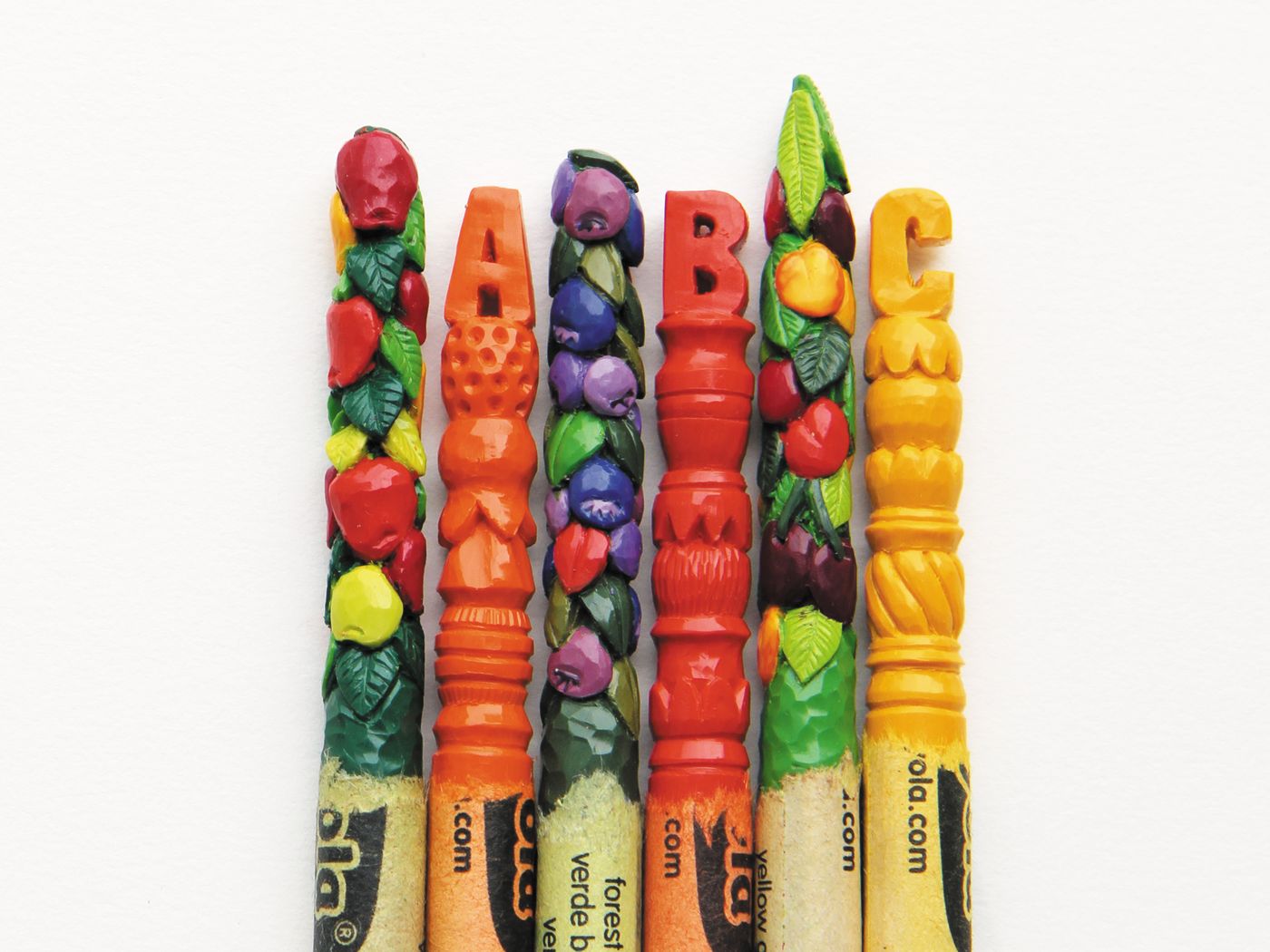 I was driving around in my car one day listening to NPR when an interview came on. It was a discussion about color and color naming. I perked up.

The interviewee was making the point that since Crayola crayons have become mainstays at both home and school, the ability of children to name numerous colors has expanded. Where once upon a time, they might refer to 10 distinct shades of blue as just “blue,” they now understand each shade as a distinct color: cerulean, bluebell, periwinkle, midnight, and aquamarine. I nodded emphatically and reminisced about my own box of 64 Crayola crayons from childhood. When I got home, I went online to look up all the familiar crayon names. I discovered that there are now even more named colors than I remembered. I began thinking more deeply about color naming and how color was so integral in my own work and life. How, as an artist and art professor, I spend so much of my time thinking about and describing colors. This pondering provoked me to make an art piece.

When I was a kid, my mother learned to transcribe braille. This new skill turned into a great job for her, as she could do much of the work from home while raising a child and also feel like she was doing something for a greater good. Braille to me was like a secret code. My mom could decode all the plaques in elevators—not by touch, but by sight. It got me thinking about how there’s more than one way to perceive something. Even color. 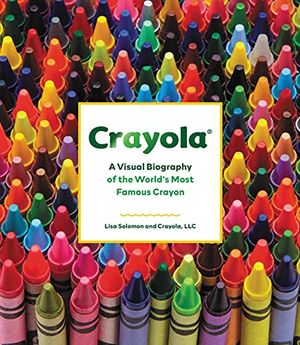 Crayola: A Visual Biography of the World's Most Famous Crayon

A vibrant and colorful history of Crayola crayons, from the company's origin story, the birth of the Crayola crayon, the evolution of the iconic crayon packages, and profiles of every Crayola color from Sky Blue to Carnation Pink.

So I picked what I thought were 16 of the most enjoyable Crayola crayon names from various eras, and ones representing an assortment of all the major color groups. I chose 16, as that’s the number of crayons in a typical smaller Crayola box.

I spelled out the name of each color in braille using French knots fashioned from embroidery floss that matched the color of the crayon described. I loved the idea of someone being able to “read” a color both with and without seeing an actual representation of it. If you can see, you get a sense of the color by the visual representation. If you can read braille—by sight or feel—you can “read” the color name and get a visual.

Here are five other artists incorporating Crayola into their work:

Kate Bingaman-Burt does many things. She draws, letters, documents, collects, and runs Outlet PDX, where people go to print and learn things. She’s also a full-time educator at Portland State University in the Graphic Design department. Her clients include the New York Times, Target, Real Simple, Microsoft, Google, Hallmark, and Etsy, among others. She makes work about the things we buy and the feelings we feel. The building blocks of her practice include bright colors, hand lettering, and inventories of illustrated objects. She’s also a huge zine creator and all-around lover of collaboration. She’s best known for her daily purchase drawing project, in which she re-created the receipts for the things she bought. She started it in 2006, and it is still part of her repertoire.

In this daily drawing series Bingaman-Burt drew three giant washable crayons she purchased. She and her son, Hank, colored the drawing together.

Diem Chau is a Vietnamese American artist living in the Pacific Northwest. Her family came to the United States in 1986. She received her BFA from Cornish College of the Arts and has received an Artist Trust GAP Grant and a PONCHO Artist-in-Residence Award. She exhibits her work in New York, Miami, Seattle, and Los Angeles.

Chau combines “common” mediums and means to create delicate and intricate pieces that speak to fleeting memories, gestures, and familiar forms. Her work is wrapped up in the importance of storytelling, the perpetuation and examination of myths, narratives, and personal tales that connect us all as humans over cultural divides.

“These are images from my latest work in miniature carving,” Chau says. “I’ve continued to dive into the world of Crayola crayons as my medium. I started to add bits of color into my work, and over the years they’ve grown more colorful and more intricate. Each carving is made from only Crayola crayons in their manufactured colors; there is no paint or other pigments applied. Different colors are melted and applied in a layering process to make up what you see. It’s tedious, and I love every bit of it!”

Malaya Sithichai is a Filipino American who tends to explore a multimedia approach to her work. She builds up her surfaces by incorporating graphite, colored pencils, markers (including the office supply Sharpie and highlighter kind), and crayons. Her work speaks to her interest in understanding her culture, history, and family; a love of marine life (her father keeps elaborate fish tanks); as well as an exploration of color and texture itself. At first a bit shy and hesitant to use materials that might not be considered “fine art” or “grown-up” by some, she has embraced this multifaceted approach to materials—including crayons—in many pieces she makes.

Douglas Mehrens is listed in some Crayola trivia literature as one of the only private citizens to have a corporate account with Crayola. A self-proclaimed Crayola/encaustic/wax artist, he began working with Crayola crayons in 1981. Thirty-eight years later, his material list has expanded to include other waxes, acrylic paint, watercolor, and resins, but his love for the Crayola brand stays strong. He has done his fair share of experimenting, quickly outgrowing the simple heating and drip method that he first tried with a box of 48 crayons. He also learned that wax will adhere to almost any surface—trying it on wood, metal, Styrofoam, glass, and so on. He also discovered he could create different sizes of lines by melting the crayons into plastic tubes and swirling them onto the canvas.

He is such an encaustic/wax enthusiast that in 2004 he and his wife, Adrienne, founded the Encaustic Art Institute, a 501(c)(3) nonprofit. They also opened the first encaustic/wax museum in the world—the Museum of Encaustic Art—11 years later in New Mexico. There he teaches classes to both adults and children using Crayola crayons on light boxes and aluminum plates to create monoprints.

“One of my most challenging pieces of Crayola crayon art, which I spent over a year in the process [of making], was pouring melted crayons into plastic tubes that transferred the wax into porcelain glass tubes—nine feet tall,” says Mehrens. “Each layer of poured crayon represents a single floor of each of the 110 floors of the NYC World Trade Center Twin Towers. Where the planes hit the towers—it is represented in black, gray and white crayons. Leftover dried crayon [bits] from the tubes were removed and placed at the base to represent the remains of destruction.”

He adds: “In all my years of working with wax and crayons, Crayola crayons are the only ones to deliver consistent quality and color. It’s a medium that stirs not only children’s imaginations but my own, providing endless creative possibilities and applications.”

Initially drawn to the nostalgic element of crayons, Herb Williams uses thousands of crayons to create large and playful works that bend our perception of recognizable objects. He orders Crayola crayons by the case, individually packed into bundles of 3,000, and then cuts, shapes, and adheres them to sculptural forms that he carves or casts.

“I am interested in identifying iconic objects that society perceives to fit one role and then reintroducing them in different subtexts,” says Williams. “Intriguing questions arise when an object associated with childhood, such as a crayon, is used to address issues dealing with more adult matters, such as sexuality, religion, and social hierarchy. The sculptures are childlike in their curious approach to the object as icon, but beguiling and satisfying to me in the use of pure color as form. Larger room installations also add the element of playing to the olfactory sense, as the scent of the wax completely saturates the environment. My intent is to continue to seriously create art that looks at itself un-seriously.”