If you were looking to make a splash in the slam-bang world of video games, Henry David Thoreau’s two-year retreat of bird-watching and bean-hoeing by a pond in Massachusetts does not seem like the subject you’d choose. But here comes “Walden: A Game,” based on his beloved 1854 chronicle and scheduled to be released this spring in time for his 200th birthday in July.

The world’s most improbable video game plunges you into a virtual Walden Woods, where you can “live deliberately,” as Thoreau famously put it, replacing drudgery in the pursuit of material comfort with a quest for spiritual fulfillment in harmony with nature. “It’s an attempt to make a game that has a kind of stillness at its core,” says its lead developer, Tracy Fullerton, founding director of USC’s Game Innovation Lab, which consulted Thoreau experts at the Huntington Library in Los Angeles and the Walden Woods Project in Massachusetts.

The six-hour-long game opens in the summer and finishes a year later. As a player, you have to work, building a cabin and planting beans. But you can also explore Walden Woods, filling a journal with your discoveries—animals, plants, arrowheads—as Thoreau did, or you can wander into town to chat with Ralph Waldo Emerson. As you move around, excerpts from the original Walden bubble up. If you spend too much time working, your “inspiration” level dips, the woodland’s radiant colors fade and the music—a rich-toned backdrop of piano and violin, dusted with the twittering of nature sounds—quiets to a dull heartbeat. “Your world starts to get smaller,” says Michael Sweet, the composer and sound designer. Like other creations from the USC group—including 2005’s “Cloud,” a dreamlike flying game downloaded more than 600,000 times—“Walden” will be offered to users for an estimated $18.45, the year Thoreau wrote Walden.

Fullerton, who has loved Thoreau’s Walden since childhood, hopes the game will get young people who have not read the book to give it a try, or at least inspire them to seek more balance in their lives. Once players get to the end of the game, she says, “maybe they’ll go out for a walk.” Undoubtedly Thoreau would approve of that. And though Thoreau railed against new technologies like the telegraph, he was also a part-time inventor and engineer. Fullerton thinks he might have liked the game. For a world seeking solace on a screen, it could be just what the philosopher ordered.

Editor's note, February 27, 2017: An earlier version of this story said that Walden would be offered free to users. In fact, the developers say the game is likely to cost $18.45. 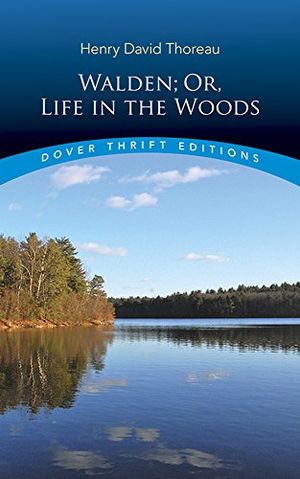