When New York’s Metropolitan Opera produced Guiseppi Verdi’s Otello in 2015, it marked the first time in the company’s 125-year performance history that the lead actor would not employ blackface makeup. Ever since the opera’s first performance in New York in 1891, all the leading tenors had performed the role in black and brown makeup.

So too, had American performances of Shakespeare’s Othello long featured white actors blacking up to play the titular role, even before the 1830 debut of Thomas Dartmouth Rice, the so-called “father of American minstrelsy” who is credited with launching an entire genre of mass entertainment that dominated the national scene for more than a century.

Indeed, the tradition of white men performing in black makeup has hardly disappeared, occasionally causing scandals in state houses, American colleges and beyond. But the origins of blackface minstrelsy are much older than most people know, with deep roots in the English medieval and Shakespearean theatrical traditions. Understanding the often-forgotten medieval roots of blackface might help us to end old performance traditions and to create new ones. 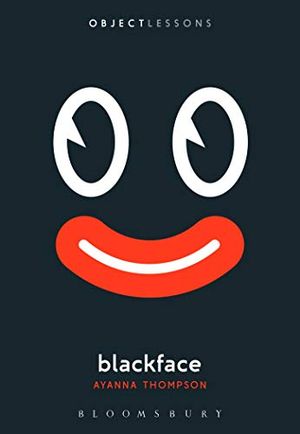 A book that explains what blackface is, why it occurred, and what its legacies are in the 21st century.

On the most basic level, blackface is the application of any prosthetic—makeup, soot, burnt cork, minerals, masks, etc.—to imitate the complexion of another race. In performance, the application of black makeup dates at least as far back as the medieval period, when guild records show that some of the devils in English religious dramas were portrayed as being black. As Anthony Barthelemy, an English professor at Louisiana State University, explains: “In many medieval miracle plays, the souls of the damned were represented by actors painted black or in black costumes.... In [many versions], Lucifer and his confederate rebels, after having sinned, turn black.” Scholars believe that natural oils like bitumen, soot from coal and black clothes were used to convey the blackness of the fallen angels in these medieval guild performances. The association between blackness and spiritual abasement was thus an element of blackface from the very beginning.

Following the medieval period, blackface had a heyday in England in William Shakespeare’s lifetime, when white actors in various types of racial makeup and prosthetics played theatrical Moors, Africans and Turks. In fact, the only contemporary drawing we have from a Shakespeare performance includes Titus Andronicus’ Aaron the Moor, a black villain whose origins are unspecified. The drawing is by the English writer Henry Peacham, who most likely went to see a performance of the tragedy, Shakespeare’s first, in 1595 and then went home and memorialized his experience by drawing some of the characters and writing out bits of dialogue from the play.

Based on these sketches, Aaron the Moor looks as though he was portrayed by a white actor in black makeup, a black afro wig affixed with a headband and either black stockings and gloves or else more makeup that covered the actor’s hands and legs. This performance was hardly an outlier: One scholar tabulates that between 1579 and 1642, at least 50 plays were staged with racialized figures, and another scholar counts at least 70 productions with black characters between those years. The Renaissance theaters were flush with blackface backstage.

Up until relatively recently, it was common for scholars to argue that Shakespeare would not have known any blacks or Jews, but archival work by scholars like Imtiaz Habib has shown that Shakespeare’s London was much more diverse than scholars had previously understood it to be. Shakespeare’s theatrical creations were probably a mixture of firsthand experiences with the diverse peoples passing through city and re-imaginings of these people. This mixture is reflected in the plays he wrote for his theatre, the aptly named Globe, a space that announced itself as being interested in the wider world.

The tradition of white men applying and employing racial prosthetics to perform as black characters migrated to the American colonies in the late 18th century. Othello was one of the most popular plays on the colonial American stage, but various other plays included black characters who were portrayed by white male actors. These plays ranged from tragedies like Thomas Morton’s The Slave (1816), to comedies like Isaac Bickerstaff’s The Padlock (1768), to pantomimes like John Fawcett’s Obi; or, Three Finger’d Jack (1800), to equestrian dramas like John Fawcett’s The Secret Mine (1812), to comic operas like George Colman’s Inkle and Yarico (1787). The performance of blackness in the Western world, then, was a white endeavor from the start. To be a black character onstage was to be performed by a white actor in racial prosthetics.

What we call blackface minstrelsy is a specific performance genre that developed in early 19th-century America, with the earliest performance documented in 1830. Featuring characters with names like Jim Crow, Zip Coon and Mammy, these performances comprised skits, monologues, songs and dances that supposedly imitated those of enslaved people or of the recently freed. The genre was meant as comedy and performed by white men; when there were female characters, the male performers cross-dressed while wearing blackface. And while the earliest minstrel performances were done as one-man shows, after the Civil War, performers came together in minstrel troupes, transforming the mode into a larger performance extravaganza. The mode and genre grew so popular that there were active minstrel troupes well into the mid- to late-20th century. "The Black​ and White Minstrel Show," for instance, ran on BBC1 television in the United Kingdom until its cancelation in 1978.

Thus, while “Daddy” Rice is often credited as the progenitor of American minstrelsy, the performance mode, techniques and genre that cohered into blackface minstrelsy grew out of a much longer European tradition of blackface performances. European blackface and American minstrelsy alike assume that performing blackness is a white birthright—that the stage is a white domain in which blacks are not allowed to tell their own stories, or even enjoy basic dignities. And these performance traditions have deep implications for acting today. All applications of blackface, whether on opera stages or television screens, objectify blackness, denigrate black identities—and render the making of black-created stories that much more difficult.

Ayanna Thompson is a Regents Professor of English and Director of the Arizona Center for Medieval & Renaissance Studies (ACMRS) at Arizona State University. Her new book Blackface is out now in Bloomsbury’s Object Lessons series.