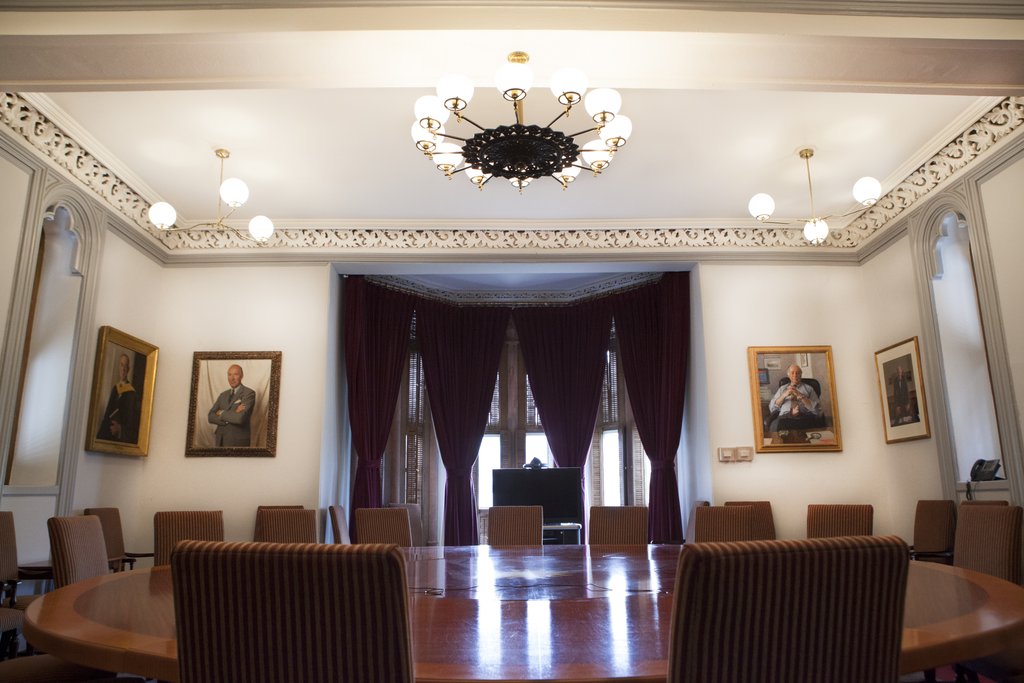 The Regents' Room in the Smithsonian Castle, built in 1852, is generally off limits to the public. Today, it is mostly used for meetings and on a quarterly basis, the Smithsonian Regents, composed of politicians, business leaders and academics, gather. But in the past, the room has had some more colorful episodes. Curator Richard Stamm, who also goes by the epic title “Keeper of the Castle,” gave us this virtual tour.

Stamm, author of the 1993 book The Castle: An Illustrated History of the Smithsonian Building, has access to all of the building’s hidden spaces, including the tower where Secretary S. Dillon Ripley boarded his barn owls, "Increase" and "Diffusion," named for the Smithsonian's mission statement; the old dormitories where 19th-century scholars slept; and the Regents' Room.

One particularly spooky chapter from the room: After the space was completed in 1852, then-Secretary Joseph Henry used the room to advance the cause of science and discredit contemporary faith in mysticism. Henry had developed a reputation as a skeptic of spiritualism after President Lincoln called on him to convince Mary Todd Lincoln that mediums claiming to speak to the dead were frauds.

With that experience behind him, Henry invited spiritualist Charles H. Foster, another supposed medium, to host a séance in the Regents’ Room in 1868. He also invited Secretary of the Treasury Hugh McCulloch, Edward A. Rollins of the Bureau of Internal Revenue (as it was called at the time) and a lobbyist named Samuel Ward. Foster asked Henry to write the name of someone deceased whom he wished to speak with. Assuming it would be Henry's son, Will, Foster assumed that Henry would pick his son, Will, and thus spelled out the letters of his first name. But Henry had actually written the name of another Will, a colleague. Henry called Foster "a most consummate actor," remained unimpressed and claimed another victory for science.