Can the damned be saved? Can a soul’s condemnation to hell be undone? For Dante Alighieri, the Florentine poet who died 700 years ago, the answer to these questions was an emphatic no—no matter how sympathetic the damned might be.

For many, Dante’s most famous work, The Divine Comedy, forms the basis of modern Italian literature. The writer framed one of the most famous incidents in his epic poem—the tragic story of real-life lovers Paolo Malatesta and Francesca da Polenta—as a cautionary tale against succumbing to sin. But Dante aficionados in the late 19th and early 20th centuries had a different interpretation.

Followers of Romanticism, which rejected the celebration of reason and instead prized emotion above rationality, transformed the character of Francesca from a sinner languishing in hell into an exemplar of female agency and a cultural icon. From composers Pyotr Ilyich Tchaikovsky and Sergei Rachmaninoff to artists Dante Gabriel Rossetti and Auguste Rodin to writers Leigh Hunt and Lord Byron, creatives used Francesca to challenge the cultural mores of their day. Rather than heeding Dante’s warnings against pitying the damned, these individuals emphasized the tragic elements of the tale, offering an interpretation that gained widespread cultural fame rivaling that of William Shakespeare’s Romeo and Juliet.

Paolo and Francesca’s love became a crucible in which Romantic authors formed ideas on the fringes of the era’s traditional values. They challenged Christian conceptions of the afterlife, developed pre-feminist notions of female agency and used the story as a way of grappling with their own sexuality. Immortalized in more than 40 musical adaptations, paintings, sculptures and literary compositions, the pair’s love story, which made up only 69 lines of poetry in the Comedy, almost eclipsed Dante’s poem in its popularity.

In Inferno, the first of the Comedy’s three parts, Dante recounts how a fictionalized version of himself travels through hell, guided by the shade of the Roman poet Virgil. At the beginning of the story, Virgil finds Dante the pilgrim (distinct from Dante the author) in a dark wood, led astray from the path of righteousness by his own sinful inclinations. Virgil steers the still-living Dante back toward the right path by guiding him through the three realms of the afterlife: hell, purgatory and heaven.

As Dante and Virgil descend into hell, they pass through the Circle of the Lustful, where the souls of sinners who gave themselves over to sexual pleasures are punished by being transformed into a “whirling cyclone,” a “driving whirl” that “whisks them about and buffets them,” just as in life their intense passions tossed them to and fro into sin. Among the lustful, including Cleopatra and Helen of Troy, Dante and Virgil encounter two shades who are so closely tied together that they seem to “fly as one.” Identifying themselves as Paolo and Francesca, the pair agree to speak with Dante. Francesca takes the lead, explaining how the couple fell in love.

One day, she says, the two were reading the tale of Guinevere and Lancelot, the Arthurian characters who succumb to their love for each other and engage in an extramarital affair that leads to the fall of Camelot. As Paolo and Francesca learned “how love had mastered Lancelot … we went pale, as we caught each other’s glance.” Coming to the part of the story where Guinevere finally gives in to Lancelot’s love for her, Paolo “trembled to place his lips upon my mouth. … That day we did not read another page.” Dante is overwhelmed with pity and cries so hard that he faints.

Though Francesca mentions that she and Paolo were murdered, Dante the author does not provide his readers with any historical context, as the story would already have been well known in 14th-century Italy. Francesca was the daughter of the lord of Ravenna, a city-state at war with Rimini, a rival power in northern Italy. To secure peace, Francesca’s father entered into an alliance with Rimini’s leaders, agreeing to marry his daughter to their heir apparent, Giovanni. The union was an unhappy one: Francesca fell in love with her husband’s younger brother, Paolo, and when Giovanni discovered their affair, he killed them both in a rage.

Dante’s description of Paolo and Francesca’s tragic romance is the oldest surviving written account of their story. His emphasis on the romantic aspects of the tale furthered the Comedy’s ethical and didactic goals: to show his audience how attractive sin could be while discouraging them from pitying the damned. Virgil scolds Dante the pilgrim for his pity; as we learn throughout the Comedy, one of Dante’s greatest defects is lust, so he is particularly—and problematically—inclined to empathize with the lovers. Paolo and Francesca’s sympathetic story, then, is included as a warning, intended to stir up pity precisely to demonstrate the dangers of pity.

Over the next decades, the story became more and more elaborate. In his commentary on the Comedy, Boccaccio, another foundational Italian author, recounts a version in which Francesca is tricked into marrying Giovanni. Boccaccio’s rendering of the story solidifies Giovanni, now called Gianciotto (“Crippled John”), as a villain, describing him as disfigured and brutish.

Some 500 years after the Comedy’s publication, Romantic authors readily latched onto its star-crossed lovers. English poet and artist William Blake engraved and painted Dante’s encounter with Francesca around 1824, very early in the Romantic period. In a move that would become common for Romantic adaptations of Dante, Blake’s watercolor changes the end of Paolo and Francesca’s meeting with the pilgrim and Virgil. As Theodore Cachey, an expert on Italian literature at the University of Notre Dame, observes, “The two lovers are [shown] rising up beautifully as if the embodiment of a flame above ... the collapsed Dante, as if in triumph over his judgment of them.”

Paolo and Francesca’s victory over damnation and the reversal of Dante’s morality lesson stemmed from the Romantic period’s rejection of the 18th-century Enlightenment’s emphasis on reason. According to Cachey, the Romantics “discovered in Dante’s poem the sublime grandeur, the visionary poetic power, and the representation of the political passions and the emotions that were hallmarks of the period.”

Dante placed Paolo and Francesca in hell because they allowed the power of their passions, their most animal-like quality, to overcome their rationality, the thing that made them human. For the Romantics, however, subsuming reason to the passions was the goal of a life well lived. Paolo and Francesca deserved paradise, and “the fact that Dante had condemned Francesca to hell for adultery was beside the point,” says Cachey.

One of the most appealing features of Paolo and Francesca’s story was that it allowed Romantic figures to explore unconventional ideals. For instance, Rodin’s sculpture The Kiss, completed during the 1880s, depicted Paolo and Francesca in an embrace so passionate that it was censored, first at the 1893 Chicago World’s Fair and later by the English town of Lewes, which “feared that [a replica of the work] would incite lewd behavior among the soldiers” stationed there during the First World War.

Ambroise Thomas’ 1882 opera Françoise de Rimini portrayed its subject’s romance with a framing prologue and epilogue in which Dante and Virgil meet the damned pair. Following in Blake’s footsteps, the epilogue contains a literal apotheosis: Paolo and Francesca ascend to paradise thanks to God’s pity—a triumph that Dante would have considered not only contrary to the purpose of the Paolo and Francesca story but also heretical.

In addition to rebelling against orthodox theology and the ethical motives behind Dante’s poem, works like a 1914 Riccardo Zandonai opera framed Francesca as the protagonist of the affair with Paolo. Unlike Blake and Thomas’ interventions, this depiction of Francesca as a figure exerting powerful feminine agency was true to Dante’s text. According to Cachey, Dante “hones in with laser focus on the psychology of Francesca’s account of the tragedy from her personal perspective.” Francesca taking the lead in her conversation with Dante, in Cachey’s view, frames her as the story’s main character, “much more than the silent Paolo.” The doomed woman’s prominence, both in the Comedy and its unofficial Romantic spinoffs, cements her individuality and the centrality of her point of view.

Perhaps the most notable version of the Paolo and Francesca story is Tchaikovsky’s 1876 symphonic poem Francesca da Rimini, in which the composer uses the tragedy of the lovers to reflect on the tragedy of his own life. According to Catherine Coppola, a scholar of music history at Hunter College, the composer was attracted to the story because of Francesca’s forced marriage to Giovanni. In the weeks leading up to the piece of music’s creation, “Tchaikovsky acknowledged his homosexuality and declared that only by entering into a false marriage would he be able to stop harmful gossip,” says Coppola. “Even more strongly connected to this particular story, at other times the composer made frequent reference to Francesca’s words: ‘There is no greater pain than, in our misery, to be reminded of a happy time.’”

Coppola argues that the “pivotal notion of pain and memory” present in Francesca da Rimini reflects Tchaikovsky’s struggle with the way society perceived his own sexuality. Coppola sees the “crucial point” of the composition as “the way Francesca is protective of her memory.” Unlike in the Comedy, Francesca “is reluctant to tell her story … since she knows that the telling will bring further pain.” Francesca’s eventual exploration of her “buried memory” is seen in Tchaikovsky’s music, as its style briefly transforms from “symphonic to balletic.” This “fleeting but central moment” demonstrates how Tchaikovsky embeds Francesca’s pain “through her music, … a sign of Francesca’s agency in protecting her emotional core.” Francesca exerts her agency by controlling who is allowed to hear her story and how it is told.

Tchaikovsky treated the Paolo and Francesca story as a prism through which his personal struggles and the societal tensions of his day could come to the fore. Throughout the 19th and 20th centuries, Romantic artists like him, across nations and cultures, transformed the epic poem to fit and advance the goals of their particular intellectual moment, solidifying the character of Francesca as what Cachey deems “Dante’s greatest literary creation [for the Romantics] … a sentimental heroine.”

The author would like to thank Dr. Christian Moevs for his assistance with this article. 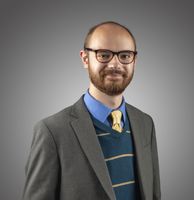 John-Paul Heil is a Ph.D candidate in early modern history at the University of Chicago and an adjunct professor of history and the liberal arts at Mount St. Mary's University. His work has appeared in Time, Los Angeles Review of Books, and a forthcoming piece in Comment.