Former NASA astronaut Terry Virts spent 200 days on the International Space Station in 2014 and 2015. In his latest book, How to Astronaut: An Insider’s Guide to Leaving Planet Earth, he talks about what he learned during his extended stay. He spoke with Senior Associate Editor Diane Tedeschi.

Air & Space: In the book you mention “space brain.” What is that?

Virts: This is just a term we’ve come up with. Being in space can be disorienting. First of all, you’re floating, which kind of freaks your brain out. It’s not something that we’re used to doing. And, then, second of all, there’s a lot of carbon dioxide in the air. Carbon dioxide absolutely has a bad effect on your cognitive abilities. You’re just slower and your thought process is not as clear. You can also get cranky. You can have headaches.

Over time, did you adapt to the effects of space brain?

You figure out floating, and you don’t have that disorientation anymore. But the carbon dioxide problem is still there. It can get better, if the CO2 levels drop. If the CO2 levels get higher, it gets worse. So that’s just something that is there with you the whole time. I think everybody would agree that you’re just not at a hundred-percent level in space.

What did you miss most during your time aboard the ISS?

Of course friends and family—people. [NASA has] a good way to keep you connected through email, phone calls, and video conferences. But it’s not the same as being there in person. There were other things too: The food in space is pretty good, but it’s not fresh food. There’s no bread. I remember I had a chicken sandwich after I got back to Earth. We landed, took a helicopter ride to the airport. And while we were at the airport, my doctor went to the airport kiosk and bought a chicken sandwich. That was my first real Earth food, and it was amazing. I can still remember the mayonnaise.

When we get to the point where it’s common for people to live and work in space, what do you think will be more difficult to adjust to: the physical environment (microgravity) or the psychological challenges of isolation?

The psychological aspect is probably more challenging. When we’re hiring astronauts, there are lots and lots of people who are technically competent. There’s a lot of smart people who can fly and do experiments. But can you hang out with somebody every day for 200 days—or two or three years? That’s a much different skill, and to have a combination of both technical competence and emotional competence is not always easy to find.

Some of the Apollo astronauts have talked about having an omniscient, almost-spiritual sense of Earth when they were looking at it from the moon. Did you ever feel anything like that when you were aboard the shuttle or the ISS?

Yes, I’ve got a couple stories in my book about that. When I was spacewalking, I had an incident, I guess, or a moment. Ninety-nine percent of my spacewalks were just busy, busy, busy, work, work, work. Plug in this cable. Put grease on that bolt. But then every once in a while, I would stop and see creation. I would have these sublime moments when I was blown away by what I was seeing.

What is your opinion of Elon Musk?

Elon is a visionary. That is the overriding opinion I have about him. I have met him a couple of times—just briefly. The thing I love about Elon is that he won’t just sit around and wait for other people to do things. If he sees a need for something, he just gets it done. I think that’s something that we need a lot more of. He is the modern-day Right Stuff.

What was your favorite junk food when you were on the space station?

That is a great question. Nobody’s ever asked me that. So there’s two things here: There is comfort food—I had bags of Reese’s. And we also had—they called it “bonus food,” and you could pick nuts or crackers or cookies or whatever. They had these chocolate-covered blueberries that I would get—they were great. Beef jerky too. You could have those things throughout the day if you wanted. But to be honest, the mechanics of eating [in space] are a bit of a pain. You have to get the food, fill it up with water, and wait. And cut it and deal with the trash. [Instead] I would keep a drink bag full of some fruit drink or tea and lug it around. It was just easier than dealing with crackers floating off. I lost up to a kilogram a month probably because there’s no fast food. There’s no fried food. It’s all reasonably healthy. 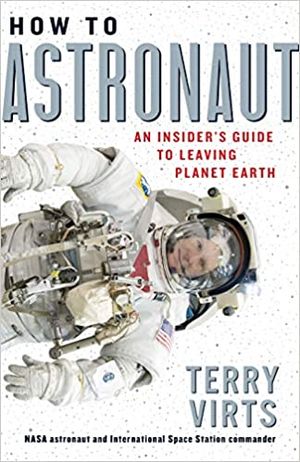 How to Astronaut: An Insider's Guide to Leaving Planet Earth