Sixty years after the U.S.-Russian race to the moon, a new space race is flourishing, as governments and private companies worldwide strive to compete in a space economy that, according to an analysis by Bank of America Merrill Lynch, is a “hotbed for disruptive technologies” and could be worth $2.7 trillion by the 2040s.

French photographer Vincent Fournier spent a decade traveling the globe, documenting the past, present, and future of humanity’s great adventure. “Space exploration’s emblematic locations are like cinema sets where Tintin might meet with Jules Verne in Stanley Kubrick’s 2001: A Space Odyssey,” he says in his new book, Space Utopia.

The book is a collection of photos that portray the ingenuity and aspirations of space explorers—such as TeamIndus working on a lunar lander (above), their entry in the Google Lunar X Prize (a contest that ended last year with no winner). At a French facility (below), Fournier photographed work being done on the European Space Agency’s Automated Transfer Vehicle, which carried cargo to the International Space Station.

During a visit to the Kennedy Space Center in Florida, Fournier photographed a solitary figure on a Mobile Launch Platform.

At the Beijing Military Museum (below), a young woman stands near a Dongfeng 1 missile, which had a maximum range of about 340 miles. Originally based on Soviet designs, the technology for the Dongfeng missiles would later be used to develop the Long March rockets for China’s space program.

China recently used its Long March to launch rovers to the moon. TeamIndus hopes to get there too; their rover, seen in this photo (below), is being attached to a large helium balloon to simulate the moon’s lower gravity. Although the Indian team’s creation never flew, they are currently developing a larger version of the lunar lander for commercial applications.

Another Google Lunar X Prize team, Part-Time Scientists in Germany, got support from Audi to develop their vision for a lunar rover, called the quattro. In the photo below, the rover sits on soil heated to 250 degrees Fahrenheit and under 1,000-watt lights that simulate conditions on the moon. The European Space Agency has expressed interest in the design, as it solicits ideas from commercial partners for delivering payloads to the lunar surface. 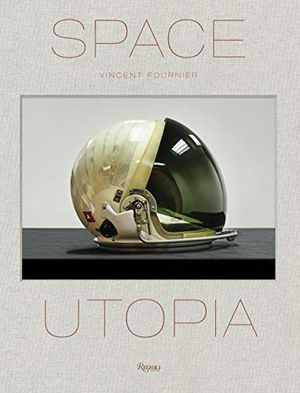 Space Utopia: A Journey Through the History of Space Exploration from the Apollo and Sputnik Programmes to the Next Mission to Mars