Astronomers must be creative when figuring out how much stuff there is in the universe. You can’t exactly roll a galaxy onto an industrial scale (even if you could, as Isaac Newton figured out, you’d still have to factor in the influence of Earth’s gravity to get its mass). The classical way of determining the amount of matter in an object like a moon, planet, or star is to measure its gravitational interaction with other objects. These early calculations combined Newton’s law of gravity with Johannes Kepler’s laws of planetary motion—the relationship between the planet’s orbital speed and distance from that other object.

When astronomers first began applying these calculations to galaxies by measuring the orbital speeds of their stars, the results were strange. By appearances, most of a galaxy’s mass seems to be near the center, so stars closer to the center should orbit faster than those at the edge. (Using our planets for comparison, Mercury has the fastest orbital speed—107,082 mph—and Neptune the slowest—12,146 mph. That’s because 99.9 percent of our solar system’s mass is in the sun.) In the 1970s, astronomer Vera Rubin and her colleague Kent Ford made observations of the Andromeda Galaxy, the major galaxy nearest to our own, that proved this assumption was way out of whack with what was actually happening. Stars at the edge were traveling nearly as fast as those near the center. The outer stars were orbiting so quickly that the momentum should have torn the galaxy apart. Instead, Rubin proposed that these observations were evidence that there was mass we couldn’t see—dark matter—distributed out to the edges that explained the stars’ movement. Invisible matter posed a bit of a challenge to measuring the mass of galaxies.

Astronomers now need to fine-tune their methods to address the dark matter known to exist in galaxies. In a presentation at the American Astronomical Society meeting last spring, Ekta Patel, a graduate student at the University of Arizona, described what may be a big step in pinning down the accuracy of mass calculations. Her team’s goal was to address the difficulty of calculating the mass of dark matter as well as the unique challenge of measuring the mass of the Milky Way. Unlike measuring, for example, the Andromeda Galaxy, which we can see nearly in its entirety and in great detail through powerful telescopes, when it comes to our home galaxy, we’re stuck looking out from one of the spiral arms. “Think of trying to take a census of the U.S. population without using the Internet or leaving the city you live in,” says Patel. Or inspecting that mole on your back without a mirror. We just can’t see it well.

Instead of plotting out stars at various distances in the Milky Way—data that’s hard to collect when peering around the galactic core—Patel’s team studies the angular momentum of the Milky Way’s satellite galaxies, about 50 small ones (that we know of so far) gravitationally bound to ours. Patel calls these “tracer objects,” because their movement “traces” the mass distribution of their host galaxy. That movement across the sky, however, is crushingly slow. “These motions are so small it’s like measuring the rate of human hair growth at the distance of the moon,” says Patel. The only reason these measurements can be made now is that space telescopes—the detail required for this work is beyond the resolution of instruments on the ground today—have been in orbit long enough to see the tracers move measurably.

The Hubble Space Telescope is the best observatory for this data right now. Researchers like Patel rely on a dedicated team at the Space Telescope Science Institute in Baltimore, Maryland, which operates Hubble, to measure those almost incomprehensibly small movements of satellite galaxies across the sky.

Patel’s team initially studied the motion of nine tracers for their calculation of the Milky Way’s mass, but they plan to refine their estimates by including observations from Europe’s Gaia telescope. That mission has been observing for only a little over four years and recently released its second dataset—enough to start measuring movement and allowing Patel to expand the number of Milky Way tracers her team is studying to around 30. “By the end of [Gaia’s] mission”—four or five years and several more datasets—“that data will be just as precise as Hubble,” says Patel. The James Webb Space Telescope will also contribute significantly to these observations, once its mission starts in the early 2020s.

Patel’s team then uses cosmological simulations of the development of Milky Way-like host galaxies along with their satellite galaxies. These simulations provide statistical evidence for which evolutionary pathways would result in the galaxies they’re observing. By using this new method, Patel and her team have narrowed the previous estimates of the Milky Way’s mass—between 700 billion and two trillion solar masses—to 0.96 trillion solar masses.

The galaxy’s prior wide range of potential masses made it impossible for any calculations based on that mass to have precise answers. How much dark matter does the Milky Way have? How did the galaxy evolve and form its current shape? “Not knowing the mass has prevented us from drawing more links between different physical questions regarding how galaxies like our Milky Way evolve,” says Patel, because any single question has a variety of solutions. She also acknowledges their conclusion has a margin of error, but they will continue to whittle at the number the longer they’re able to observe the tracers. 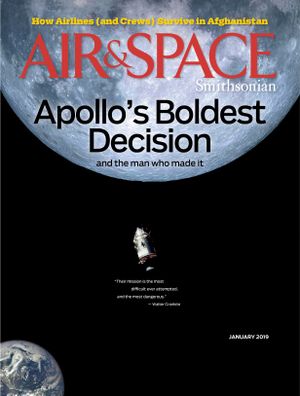