One of the challenges, but much of the fun, of being a geologist is getting to the remote places where the features and rocks you want to study are found. When those places are hundreds of thousands or even millions of miles away out in the solar system, “challenge” becomes an understatement.

As our technologies advanced, we progressed from using telescopes to observe planets and other celestial bodies to sending spacecraft to study them, and, 50 years ago, we brought back the first samples. Having the moon rocks in hand gave us new and unprecedented insights into how planets work and how our own planet formed.

While our rovers continue to explore Mars, and other robotic missions continue to use incredible instruments to provide data that changes our understanding of our neighbors across the solar system, we’ve brought very little back from beyond our own atmosphere for the kind of study that can only happen with humans working in a lab. That is, thankfully, about to change.

Later this year, the Japanese Space Agency’s Hayabusa2 probe will drop a capsule that will land in the Woomera Test Range in southwest Australia. It carries samples retrieved from the asteroid 162173 Ryugu. Hayabusa2 will have traveled 5.2 billion kilometers in its six-year mission to bring back what is admittedly a small—but extremely valuable—cargo that will, I’m certain, broaden our knowledge in ways that will surprise us.

Late last year, NASA announced it had selected sites to grab samples from the asteroid Bennu. The OSIRIS-REx mission was launched in September 2016, and, after a journey of two years, it began studying Bennu from only about a mile away. It captured particle plumes and unveiled a surface covered with boulders.

This spring and early summer, OSIRIS-REx is scheduled to rehearse the touch-and-go sample collection scheduled for August. It will grab between 60 grams and two kilograms for return to Earth in September 2023. By that time, the Mars 2020 mission, featured in this issue, will be well into its efforts to collect and cache samples that a later mission will bring back for study.

No remote instrument today can match what we can learn from human geologists working with samples in the lab. So these and many other sample-return missions in the works or on the drawing board promise a leap forward in our understanding of how we and our celestial home came to be. That’s a “field” trip I’m really looking forward to. 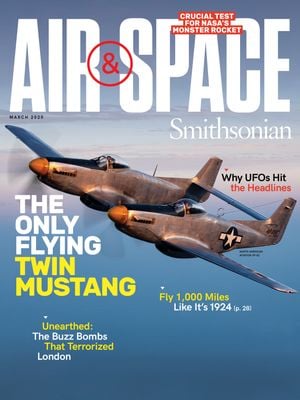