David Darling and I have a new book out, The Extraterrestrial Encyclopedia, which, aside from covering the scientific search for life in the universe, gets into less familiar topics, from philosophy to UFOs to depictions of extraterrestrials in science fiction. These other aspects of astrobiology are what made it so intriguing when David asked me to join the project.

Much can be learned from looking at how our notion of extraterrestrial life has changed over the centuries. Ancient philosophers wondered about life on stars and planets. Only 100 years ago, it wasn’t outlandish to think of life on Venus or our Moon. One popular suggestion was that there’s a jungle on the Venusian surface, with a multitude of lifeforms. The space age did nix most of these speculations, but we are in a very similar situation today when we think about life on exoplanets.

Societal views on extraterrestrial life have changed with the culture. During the Cold War it was common to depict any extraterrestrial life forms as threatening invaders—one typical example being the famous novel and movie Invasion of the Body Snatchers. The image of aliens later softened in movies like E.T. the Extra-Terrestrial, and extraterrestrials (at least intelligent ones) were portrayed in a more balanced way, as in the Star Trek Series. 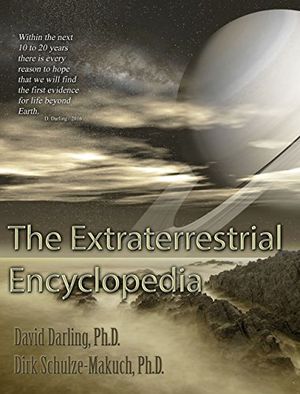 Our Encyclopedia does include entries on UFOs, but views them from a critical scientific perspective. Government agencies and SETI scientists launched efforts to investigate reported sightings such as the Roswell incident, and we present the findings when available. The scientific method, which involves experimental testing and repetition, is notoriously difficult to apply to these cases. But it did help “solve” many claimed encounters with rather mundane explanations, such as natural phenomena in the upper atmosphere. The remaining unresolved cases are of great interest to science. Unfortunately, due to their controversial nature, not many scientists are willing to investigate them. It is not unscientific, of course, to hypothesize that alien intelligences have visited or are visiting us, but it would be incredibly difficult to prove. Remember Carl Sagan’s statement: “Extraordinary claims require extraordinary evidence!”

The discovery of microbial life in our Solar System using rovers or landers, or the detection of more advanced life in other solar systems using remote sensing technology, is a much more likely proposition. And we can be optimistic that the first evidence for it may be found within the next 10 to 20 years.