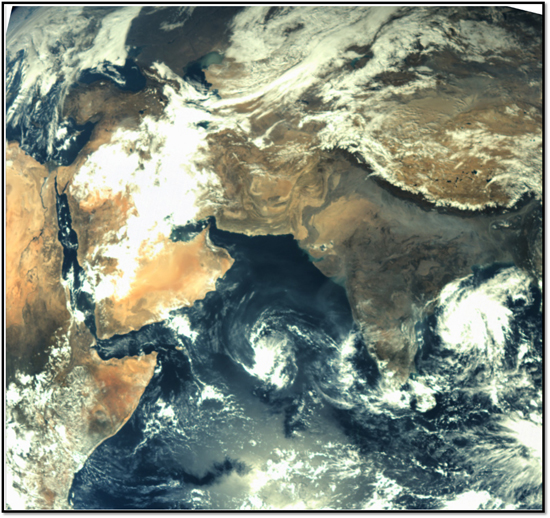 Mangalyaan returned this image of India (with a storm bearing down on the East Coast) before it left Earth orbit. (Photo: ISRO)

So far, Asia’s new solar system missions seem to be proceeding without a hitch.

Meanwhile, India's Mars Orbiter Mission, nicknamed Mangalyaan ("Mars craft"), escaped the gravitational pull of Earth on December 4, and is now in interplanetary space, headed for Mars.  The next milestone is scheduled for December 11 -- the first of three rocket burns to tweak the spacecraft's trajectory before its arrival at the Red Planet in September. 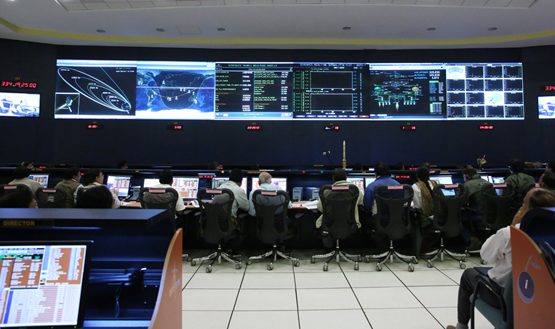 Inside the Mangalyaan control room as the spacecraft left Earth orbit on December 1. (ISRO)

Chang'e-3 is scheduled to land on the flat floor of a large crater, a region known as Sinus Iridum. The lander is equipped with solar power arrays and reportedly also has a nuclear power source. Yutu carries instruments not unlike those on NASA's Mars rovers, including a rock abrasion tool, like a small drill, for boring into rocks so their fresh surfaces can be photographed with very high-resolution cameras.

Here's a good animation showing the Chang'e-3 mission from launch to lunar exploration: