“The last thing you want to do is get stung by a bee going inverted 300 feet off the ground,” joked air show performer Scott “Scooter” Yoak. He spoke from experience. “[The] bee landed on my left hand, which was right on the throttle,” he recalled.

Yoak stopped in mid-routine, “took away the threat at hand,” then continued his act. His swift decision-making impressed the evaluator watching his performance. Good thing, too, since at the time Yoak was undergoing the Aerobatic Competency Evaluation (ACE), a test program designed by the International Council of Air Shows (ICAS) to assess the competency of aerobatic pilots.

Air show accidents have dropped by 76 percent since the ACE program was established in 1991, according to John Cudahy, president of ICAS.

Debbie Gary, an aerobatic pilot and former ACE evaluator (as well as an Air & Space contributor), says that airshow performers used to be screened by FAA employees with little or no aerobatic experience. In the 1980’s, the performers themselves decided it would make more sense to have people who really knew what to look for—other experienced airshow pilots—watching the pilots fly before they received a Statement of Aerobatic Competency (SAC) card that licensed them to fly in airshows.

“We take [evaluations] upon ourselves because we’re well schooled,” said Yoak, adding that previous evaluators may not have known what a good barrel roll looks like.

The roughly 320 aerobatic pilots in the United States and Canada are required to demonstrate their understanding of regulations and aerobatic competency through ground and flight tests every year.

“We look for a number of criteria to make sure a pilot is skilled and safe to fly at lower altitudes,” said ACE evaluator and airshow performer Patty Wagstaff.

The 60 ICAS evaluators in the United States and Canada look for a good knowledge base in performers, along with consistent maneuvering, a positive attitude, and the ability to maintain prescribed distances from crowd lines. The ability to think clearly and quickly in a high-stress environment also is important, according to Gary.

All performers, including the evaluators, are responsible for understanding and complying with new rules. “I also have to be evaluated every year, and attend a formal meeting once a year at the annual ICAS convention,” Gary said.

Pilots who are turned down for their SAC card have to be reevaluated after further instruction or coaching from a more experienced airshow pilot.

According to Cudahy, pilots that fail to meet minimum requirements may be retrained within the same air show season. On average, about three percent of pilots who apply are turned down for their SAC card.

Yoak has “never been denied a level for the ACE program,” and has “prepared for it rigorously.”

Airshows have added new regulations over the years, said Gary. “We used to fly straight towards the crowd. We didn’t think about if one piece of the aircraft flew off, it would go right into the crowd.”

Since then, pilots and airshow coordinators have thought about those possibilities and more. “I think [that the ACE program] has made people more accountable,” she said. 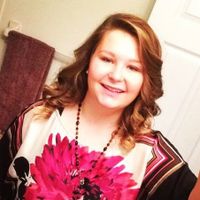