After a year being cooped up in houses, why not delight young readers this holiday season with stories about the joy and wonder of flight? They can learn how the 747 was built, enjoy backyard star-gazing, and follow a little moth who hopes to land on the moon. Our selection includes titles for all ages, from new readers to teens.

By buying a product through these links, Air & Space magazine may earn a commission. 100 percent of our proceeds go to supporting the Smithsonian Institution. 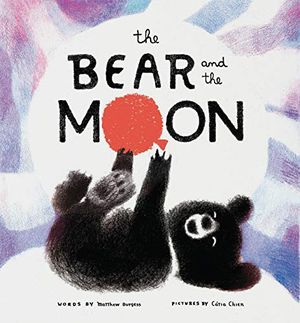 The Bear and the Moon

Written by Matthew Burgess; illustrated by Cária Chien. Chronicle Books; $18.99; 45 pages. When the sky sends Little Bear a bright-red balloon, the two set off on a journey through the woods. But Bear’s newest friend isn’t too sturdy; when the inevitable happens, the disaster leads to a second gift from the sky—the calming presence of the nightly moon. Chien’s charming mixed-media illustrations combined with Burgess’s simple text make this a title that will appeal to the very youngest readers. Ages 3 to 5. 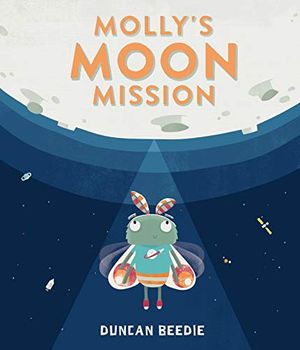 Written and illustrated by Duncan Beedie. Templar Books/Candlewick; $17.99; 40 pages. Molly the Moth lives in a clothes closet with her family, but dreams of becoming an astronaut. When she decides to head to the moon, it’s no surprise that the little moth mistakes a light bulb for the lunar surface. But with some advice from a housefly, a spider, and a wise old crab, Molly eventually achieves her goal. This sweet tale of perseverance and friendship is enhanced by the author’s inviting illustrations. Ages 4 to 6. 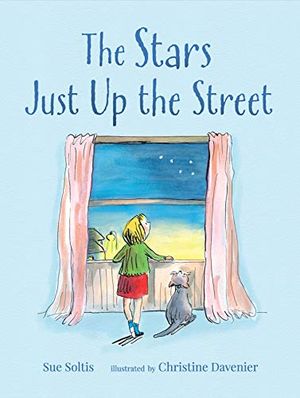 The Stars Just Up the Street

Written by Sue Soltis; illustrated by Christine Davenier. Candlewick Press; $16.99; 40 pages. Mabel is captivated by the five stars she can see from her bedroom window, and is astonished to learn that her grandfather saw thousands of stars as a child growing up on the prairie. When Mabel learns that the glow from nearby houses and streetlights is obscuring her stargazing, she and her grandfather come up with a way for the town to see a plethora of stars, one night each month. Davenier’s enchanting blue-tinged illustrations and Soltis’s engaging story make this title a winner. Ages 4 to 8. 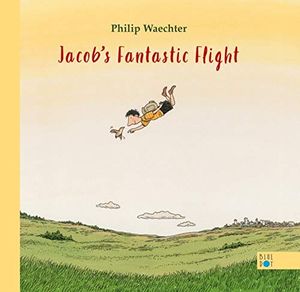 Written and illustrated by Philip Waechter; translated from the German by Elisabeth Lauffer. Blue Dot; $17.95; 32 pages. A whimsical tale of a boy who can fly as well as walk. When Jacob’s family plans a vacation to the Mediterranean, Jacob decides to bypass the more traditional airplane ride, and just fly there himself. After meeting cows and hungry squirrels, Jacob joins a daredevil flock of birds. When one of the flock is captured, Jacob leads his winged friends to the rescue. Waechter’s amusing and extremely detailed drawings will give young readers something intriguing to find on each page. An instant classic. Ages 3 to 7. 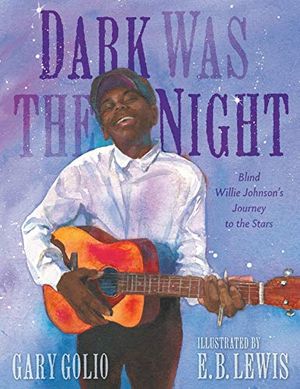 Dark Was the Night: Blind Willie Johnson's Journey to the Stars

Written by Gary Golio; illustrated by E.B. Lewis. Nancy Paulson Books; $17.99; 32 pages. In 1977, NASA’s space probe Voyager 1 was sent into the cosmos carrying a “Golden Record,” a message from Earth to other spacefarers. One of the songs chosen to represent humanity was Willie Johnson’s “Dark Was the Night.” In this unusual space-themed book, readers are introduced to Voyager, Willie Johnson’s life, and his musical legacy—which now extends beyond our solar system. Ages 5 to 8. 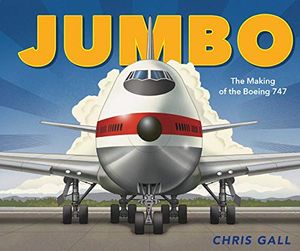 Jumbo: The Making of the Boeing 747

Written and illustrated by Chris Gall. Roaring Brook Press; $19.99; 48 pages. In 1968, the 747—the biggest passenger jet the world had yet seen—rolled off the assembly line before a cheering crowd of thousands of spectators. It couldn’t fly; its engines were still under development, and it would be another two years before the aircraft made its first passenger flight. The book is filled with delightful details: hundreds of Everett, Washington residents volunteered to test the then-new evacuation slides in a fire drill; the 747 has transported the equivalent of 78 percent of the world’s population; and the 747’s tail was as tall as a six-story building. Using oversized, colorful illustrations and a multitude of facts, the author outlines the tremendous challenges engineers faced while designing the Queen of the Skies. Ages 5 to 8. 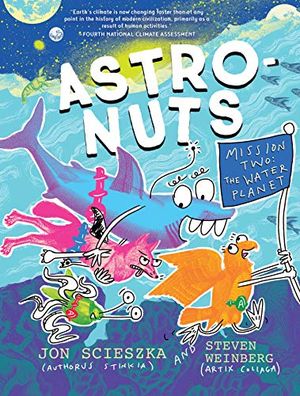 Written by Jon Scieszka; illustrated by Steven Weinberg. Chronicle Books; $14.99; 228 pages. Using a rocketship constructed from the nose of Mount Rushmore’s Thomas Jefferson, four mutant animals search for a suitable Goldilocks Planet for humanity. They’ve already evaluated the Plant Planet (too much methane), and have moved on to the Water Planet, in this second installment in the series. Can a crew consisting of a wolf (hobby: trophy polishing), a hawk with supersonic wings, a shark that can shoot lasers from her tail, and a flower-arranging stinkbug find an appropriate planet in time? The book’s whimsical text and quirky illustrations teach climate science to young readers. Ages 8 to 12. 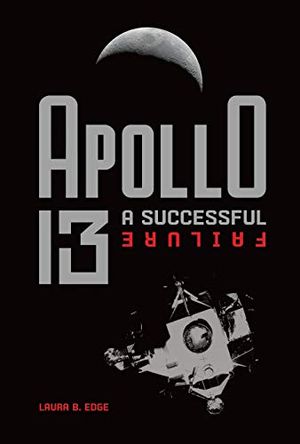 By Laura B. Edge. Twenty-first Century Books; $37.32; 136 pages. On April 13, 1970, the astronauts of Apollo 13 were headed to the moon when an explosion rocked the spacecraft. The lunar landing was scrapped, and every effort was focused on bringing the crew home. In addition to the history of Apollo 13, the author includes the subsequent investigation, Apollo’s legacy, and an extensive timeline. This year is the 50th anniversary of the Apollo 13 mission; while a vast scholarship exists on the topic, Edge introduces the well-known story to a new audience of young readers. Ages 11 to 18. 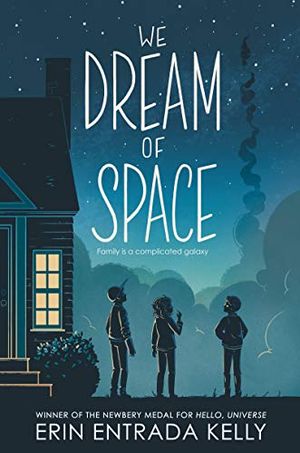 We Dream of Space

By Erin Estrada Kelly. Greenwillow, $16.99, 391 pp. A story of a troubled family set against the backdrop of the space shuttle Challenger’s January 1986 mission. Twelve-year-old Bird is obsessed with space, harboring a dream of becoming NASA’s first female shuttle commander. Her twin brother, Fitch, struggles to control his anger—exacerbated by his parents’ hostile relationship—and lashes out at his classmates physically and verbally. The twins’ older brother, Cash, is about to fail seventh grade for the second time, and grapples with his place in the world. When Challenger breaks apart 73 seconds into its flight, all three siblings learn that some tragedies cannot be fixed. Newbery Award-winner Kelly delivers yet another heartfelt story. Ages 8 to 12. 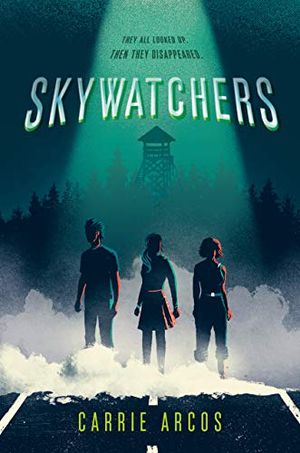 By Carrie Arcos. Philomel, $18.99, 356 pp. From 1950 to 1959, the U.S. government called on its citizens to act as human radar systems, and watch the skies for possible enemy aircraft. In her most recent book, Arocs combines the real-life Operation Skywatch with a compelling science fiction tale. In 1952, a group of teens belonging to their local Skywatch club see a strange green light in the sky. When it apparently lands in a nearby forest, four of the teens decide to investigate—and disappear. Have they been abducted by UFOs? A fast-paced sci-fi tale with great appeal. Ages 12 to 17. 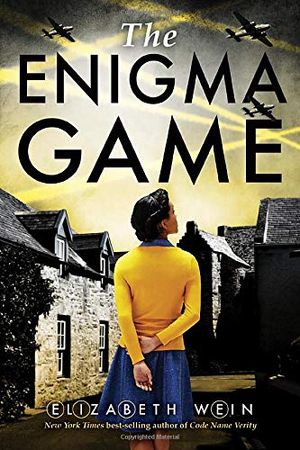 By Elizabeth Wein. Hyperion, $18.99, 437 pp. Another stellar World War II thriller from author Elizabeth Wein. In 1940, 15-year-old Louisa Adair wants to escape the Blitz and the memory of her parents, both killed by enemy actions. She takes a job in Windyedge, Scotland, caring for an elderly German woman. There she meets Ellen McEwen, a volunteer driver at the nearby RAF base, and Jamie Beaufort-Stuart, flight leader of 648 Squadron and Bristol Blenheim pilot. The three young people are drawn together when a German Luftwaffe pilot—working with the resistance—lands at the base and drops off an unknown piece of technology: an Enigma machine. Will the machine help turn the tide of the war? Ages 14 to 17.