Just in time for the holidays, we present our annual list of the best children’s and young adult books published this year on the topics of flying and space exploration. This year, delight young readers with tales of dogs in space, learn how Pluto got its name, and board a commercial flight for the very first time. Our selection includes titles for all ages, from new readers to teens.

By buying a product through these links, Air & Space magazine may earn a commission. 100 percent of our proceeds go to supporting the Smithsonian Institution. 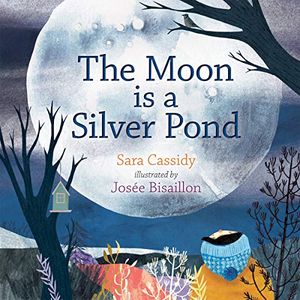 The Moon is a Silver Pond

Written by Sara Cassidy, illustrated by José Bisaillon. Orca Books, 24 pp., $10.95. In this board book meant for the very youngest readers, the Moon is compared to everyday objects that make up a child’s world: a gleaming button, a shiny hubcap, a silvery pond. Bisaillon’s inviting mixed-media illustrations juxtapose the outside winter chill with a cozy and warm nighttime routine. Ages 0 to 2. 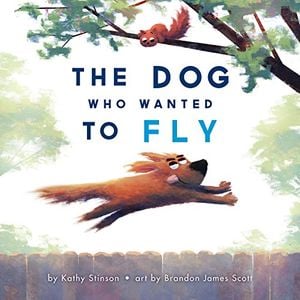 The Dog Who Wanted to Fly

Written by Kathy Stinson, illustrated by Brandon James Scott. Annick Press, 36 pp., $17.95. Zora, a scruffy red dog of indeterminate origin, is teased by a squirrel and vows to get revenge. But as Tully the cat points out, Zora just isn’t fast enough. But what if Zora could fly? Using a teeter-totter, a kite, and a large umbrella, the duo hope to make Zora airborne. Will their silly antics and the power of perseverance pay off? Scott’s wonderful illustrations complement the text perfectly, making this title a knockout. Ages 3 to 6. 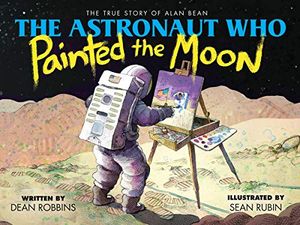 The Astronaut Who Painted the Moon: The True Story of Alan Bean

Written by Dan Robbins, illustrated by Sean Rubin. Orchard/Scholastic, 40 pp., $17.99. When Navy pilot Alan Bean first saw Earth from his airplane cockpit, he was so enamored with the sight that he took an art class so he could paint what he saw. Years later, when Bean walked on the Moon during the Apollo 12 mission, he felt words and photographs couldn’t adequately describe the barren and beautiful lunar landscape. So he set to work, stamping his paintings with the treads of his astronaut boots, scratching them with tools he’d used on the mission, and sprinkling Moon dust onto the wet paint. An appendix includes a biography of Bean, photographs of his paintings, and a timeline of space exploration. Ages 3 to 6. 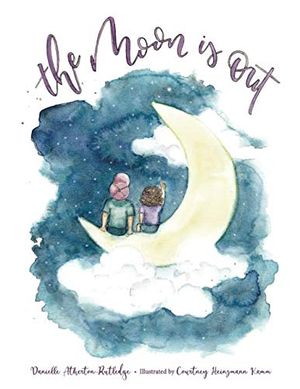 The Moon is Out

Written by Danielle Atherton-Rutledge, illustrated by Courtney Heinzmann Kamm. Self-published, 30 pp., $11.99. When the Moon comes out, it’s time for all young readers to go to sleep. In cleverly rhyming text, Atherton-Rutledge takes us in reverse order through a child’s day, starting with dinner (“The moon is out, my little sprout. / I hope you ate your sauerkraut and peas, and asked for more, ‘please?’”), and slowly working backward to an afternoon spent playing outside and lessons learned at school. The story then circles back to bedtime—donning pajamas, appreciating a starry sky, and counting down to sleep. The watercolor illustrations capture the story’s joyful mood. A back-of-the-book glossary includes words and concepts that may be unfamiliar to young readers. Ages 5 to 8. 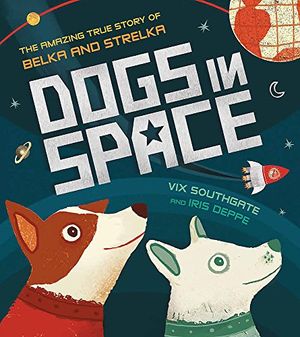 Dogs In Space The Amazing True Story of

Written by Vix Southgate, illustrated by Iris Deppe. Kane Miller EDC Publishing, 32 pp., $14.99. For those who find the story of Laika too distressing (she was the first animal in orbit, but didn’t survive the flight), the tale of canine cosmonauts Belka and Strelka might be a good alternative. On August 19, 1960 the doggy duo blasted into space; after multiple orbits they safely returned to Earth, becoming Soviet celebrities in the process. The book covers the dogs’ training and their journey from homeless mutts to icons of space history. Deppe’s lovely retro-inspired, detailed illustrations will be a hit with young readers. Ages 5 to 7. 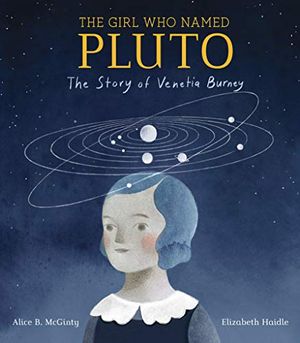 The Girl Who Named Pluto: The Story of Venetia Burney

Written by Alice B. McGinty, illustrated by Elizabeth Haidle. Schwartz & Wade Books, 40 pp., $17.99. In 1930, Venetia Burney, an 11-year-old budding astronomer, learns that a new planet has been discovered and needs naming. Inspired by her readings about Greek and Roman gods, she decides that “Planet X”—frozen, dark, and lifeless—should be named after Pluto, ruler of the underworld. Venetia’s grandfather (former head librarian at Oxford library) writes to the Royal Astronomical Society with her suggestion, and thus Pluto is named. More than 75 years later, Venetia is invited to the Observatory Science Centre to view Pluto through a telescope—her first time seeing the planet she named. Haidle’s muted illustrations recall the majesty of the night sky, and contrast nicely with Venetia’s red coat. An author’s note and bibliography allow interested readers to learn more about Venetia. Ages 4 to 8. 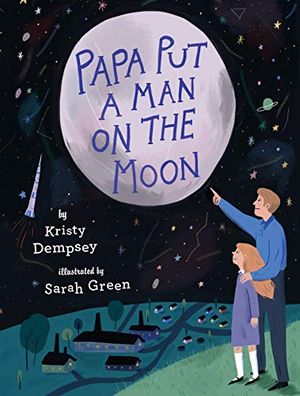 Papa Put a Man on the Moon

Written by Kristy Dempsey, illustrated by Sarah Green. Penguin Random House, 32 pp., $17.99. In a year filled with books relating to the 50th anniversary of the Apollo 11 Moon landing, this father-daughter story stands out due to its unusual topic. Marthanne’s family—like the rest of the world—is caught up in the Apollo 11 excitement. But there’s a personal reason they’re so excited: Marthanne’s father works in the textile mill that makes the spacesuit fabric the astronauts will wear on their perilous journey. (“Those threads go from Papa—a man whose feet have hardly left our hill—to our astronauts, now leaving their footprints in moon dust.”) The story’s unique perspective lets young readers learn about the multitude of people and occupations that helped put humans in space. Ages 4 to 8. 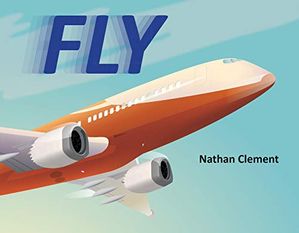 Written and illustrated by Nathan Clement. Boyds Mills Press, 32 pp., $16.95. Through gorgeous graphic illustrations and simple text, Clement tells first-time fliers what to expect when traveling by air. Readers meet the boarding agent, ground crew, flight attendants, pilots, and air traffic controllers while traveling safely to their destination. Lavish art covers each spread, giving young readers the inside scoop on commercial flight. A vocabulary list of “Airplane Words to Know” rounds out the book. Ages 4 to 8. 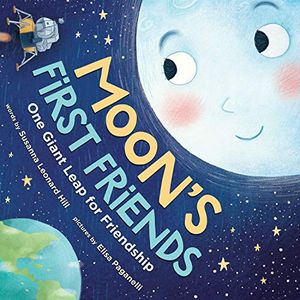 Moon's First Friends: An Educational and Heartwarming Story About the First Moon Landing (A Social Emotional Friendship Book for Kids Who Like Science and Space)

Written by Susanna Leonard Hill, illustrated by Elisa Paganelli. Sourcebooks/Jabberwocky, 40 pp., $17.99. The Moon is lonely, and has spent a lifetime—some 4.5 billion years—watching Earth and hoping someone will visit. Dinosaurs roam the Earth, cities are built, cars chug down the highways, but no guests arrive. The Moon tries to get attention by eclipsing the sun, and after a very long wait, is happy to see potential (animal) companions hurtled into space in metal capsules. But they don’t land. When the Apollo 11 astronauts land, the Moon is thrilled, supplying the Earthlings with rocks and dust to take home with them. Readers will surely identify with an anthropomorphized Moon; an appendix of space facts lets them learn more. Ages 4 to 8. 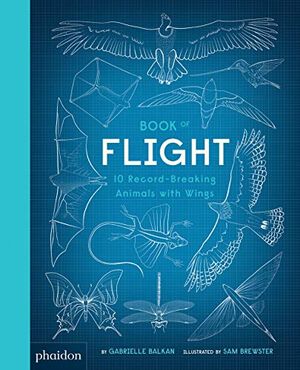 Written by Gabrielle Balkan, illustrated by Sam Brewster. Phaidon Books, 48 pp., $19.95. There’s more than one way to fly, as readers will soon learn from this list of airborne animals. Meet the fastest flier, the white-throated needletail, a bird that spends 10 months of every year aloft, even sleeping inflight. Want to know who’s the best at hovering or parachuting? You’ve come to the right place. Each record-setter is first shown in a blueprint-like graphic; after turning the page, readers see a full-color illustration that explains what makes the animal so special. There’s a lovely tactile dimension to the book; children are sure to enjoy the appealing raised artwork along with the multitude of facts. Ages 5 to 8. 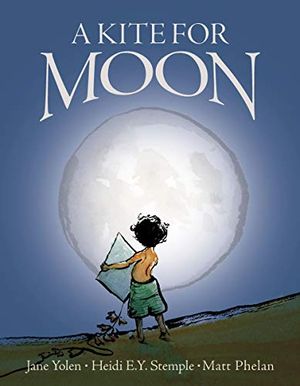 A Kite for Moon

Written by Jane Yolen and Heidi E.Y. Stemple, illustrated by Matt Phelan. Zonderkitz, 32 pp., $17.99. An empathetic little boy thinks the Moon must be lonely up in the sky by itself, and sends kites adorned with encouraging messages. Days and years go by while he learns math and astronomy—and eventually becomes an astronaut. He finally lands on the Moon, keeping the promise he made so many years ago. (“Hello, Moon. I’ve come for that visit.”) The lovely warm-toned artwork accompanies the simple yet engaging text. Ages 4 to 8. 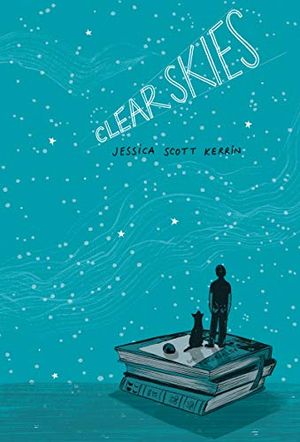 Written by Jessica Scott Kerrin. Groundwood, 192 pp., $16.95. In 1961, the space race is heating up, and 11-year-old Amo Creelman wants to become an astronomer, while his best friend Buddy plans to be an astronaut. When Amo wins a radio contest that will introduce him to his idol, astronomer Jean Slayter-Appleton, and visit an observatory for the first time, his excitement knows no bounds. But this budding scientist—who so far has only gazed through outdoor telescopes—must overcome his claustrophobia to reach his goal. His troubles are compounded by a new boy who seems to have all the answers, and who challenges Amo’s long-held dream. Readers familiar with Amo from two of Kerrin’s previous novels will embrace this tale of friendship and courage. Ages 8 to 11. 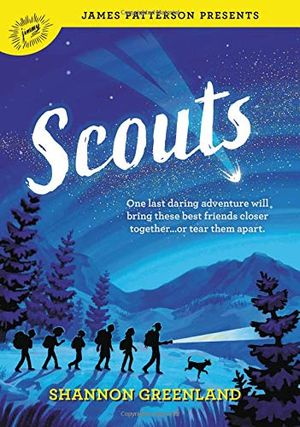 Written by Shannon Greenland. Jimmy Patterson, 272 pp., $16.99. On the first night of summer break, sixth-grade buddies Annie, Rocky, Flynn, and Beans plan to watch a meteor shower as the cosmic debris passes over their Tennessee town. After seeing a meteor crash into the nearby forest, their resulting investigation turns a simple camping trip into an encounter with a hungry bear, flooded caves, irate moonshiners—and possibly space aliens. Ages 8 to 14. 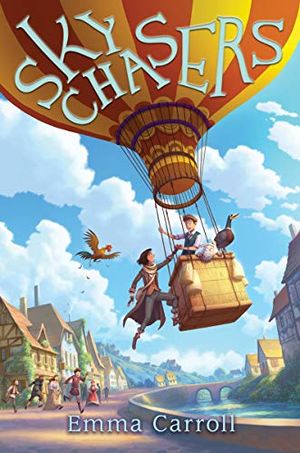 Written by Emma Carroll. Chicken House/Scholastic, 288 pp., $17.99. In 1783 France it’s not easy to earn a living as a pickpocket, but young Magpie is one of the best. When a stranger hires her to steal some documents from a paper-manufacturing company, Magpie has no idea she’s pocketing the hot air ballooning secrets of the famous Montgolfiers. Will Magpie complete her assignment, or will she help the Montgolfiers accomplish their dream of flight? Ages 8 to 12. 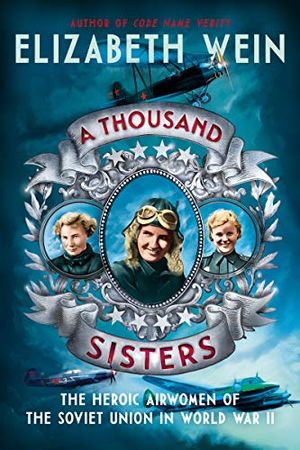 A Thousand Sisters: The Heroic Airwomen of the Soviet Union in World War II

Written by Elizabeth Wein. Balzer & Bray, 400 pp., $19.99. Author and pilot Elizabeth Wein has made our list twice before, with her World War II novels “Code Name Verity” and “Rose Under Fire.” In her first nonfiction book, Wein chronicles the all-female regiments of pilots, navigators and mechanics founded by famed Soviet aviator Marina Raskova. This well researched book introduces readers to the first female pilots to fly in combat. Absolutely terrific. Ages 12-up.