For this holiday season, we’ve selected 20 books about flight and space exploration for young readers ages 2 to 14. The subjects range from Mars travel to the first woman to ascend in a hot air balloon to learning the ABCs using satellite imagery. While the age categories are suggested by the publishers, the reading level of the individual child should be taken into account. We include top recommendations from our team of young reviewers: Travis, age 9; Alexis, age 4; Anthony, age 9; and Vinny, age 4. 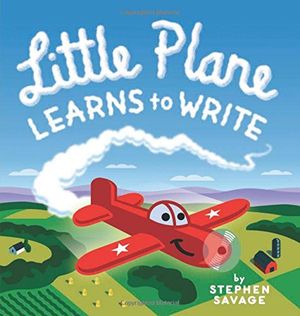 Written and illustrated by Stephen Savage. MacMillan/Roaring Brook, 32 pp., $16.99. Little Plane wants to become a skywriter, and learning the alphabet is the first step. But while he knows his arcs and dives backwards and forwards, he can’t seem to master “loopity-loops.” Just when he’s on the verge of giving up, the kindly Moon gives him a few tips. Ages 3-6. 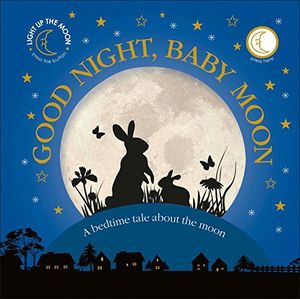 Good Night, Baby Moon: A bedtime tale about the moon

by James Mitchem; illustrated by Claire Patane. DK Publishing, 10 pp., $12.99. This board book about a colony of rabbits discovering the waxing and waning of the moon will delight the very youngest readers. A light-up button on the book’s cover adds to this charming tale. Ages 2-5. 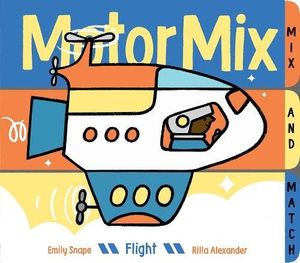 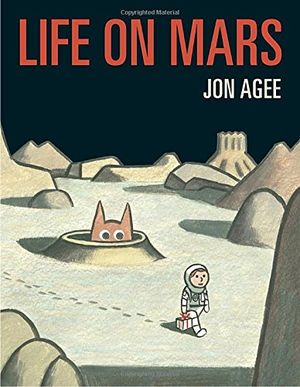 Written and illustrated by Jon Agee. Dial Books for Young Readers, 32 pp., $17.99. A young astronaut looking for life on Mars and bearing a gift of chocolate cupcakes finds there may be more to the Red Planet than he realizes. Ages 4-8. 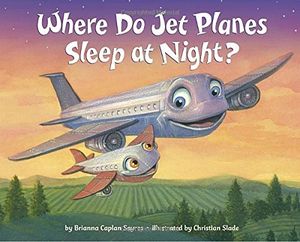 Where Do Jet Planes Sleep at Night? (Where Do...Series)

by Brianna Caplan Sayres; illustrated by Christian Slade. Random House, 32 pp., $16.99. What do hang gliders, hot air balloons, helicopters, and Air Force One all have in common? After a busy day, all aircraft—no matter how big or small—need to return to their hangars, wash up, and get ready for bedtime. Ages 3-7. 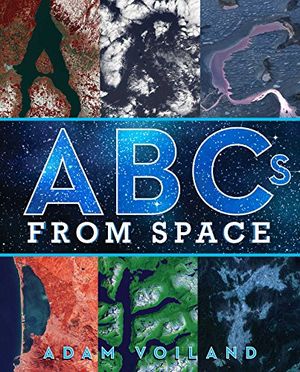 ABCs from Space: A Discovered Alphabet

by Adam Voiland. Simon & Schuster, 40 pp., $18.99. Is it possible to find the entire alphabet in satellite images of Earth? Science writer Voiland believes so, and in this inventive book clouds form the letter B, a meandering river outlines an A, while cracks in sea ice make a perfect W. The book’s appendix explains the origin of each image, as well as naming the satellite that took it. Ages 4-8. 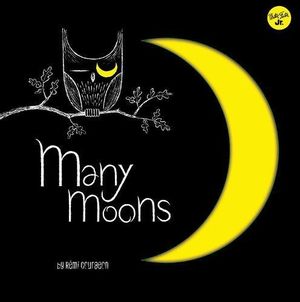 Many Moons: Learn about the different phases of the moon

by Rémi Courgeon. Quarto, 32 pp., $16.95. Night after night, the moon comes out to play in this board book that likens various objects to the different shapes the moon makes as it waxes and wanes: a wedge of cheese, a cat’s tail, an owl’s winking eye. The cut-out bright-yellow moon set against the deep black night sky gives the title an extra graphic punch. Ages 4-8. 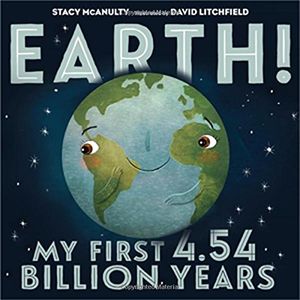 by Stacy McAnulty; illustrated by David Litchfield. Henry Holt and Company, 34 pp., $17.99. Earth isn’t an overly modest fellow (“Hi! My name is Earth… You can call me Planet Awesome.”), but then again, he does have plenty to brag about. Seven siblings, billions of planet cousins, and his BFF, the moon. Budding scientists will be interested in the book’s many planetary facts, while young artists will be captivated by Litchfield’s exuberant watercolor and pencil illustrations. Ages 4-8. 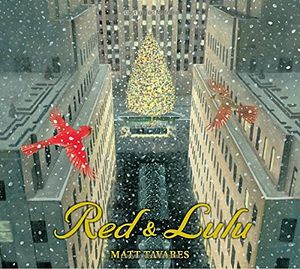 Written and illustrated by Matt Tavares. Candlewick Press, 40 pp., $17.99. Cardinals Red and Lulu have made their home in a lush evergreen in the front yard of a little house. One morning, Red flies off to find breakfast; when he returns, his tree has been cut down and is lashed to a truck. Red tries to keep up as the truck barrels down the highway, and soon finds himself in a place he’s never seen: New York City’s Rockefeller Center. Will he reunite with his beloved Lulu? Ages 3-7. 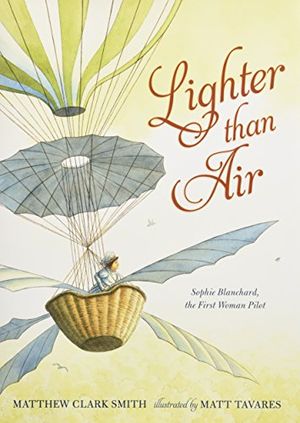 by Matthew Clark Smith, illustrated by Matt Tavares. Candlewick Press, 32 pp., $16.99. The story of Sophie Blanchard, the first woman to make a solo ascension in a balloon—in 1805—and whom Emperor Napoleon named “Chief Air Minister of Ballooning.” Tavares’ engaging ink and watercolor illustrations perfectly capture Blanchard’s emotions, transforming from darker blues to warm yellows as she achieves her goal. Ages 6-9. 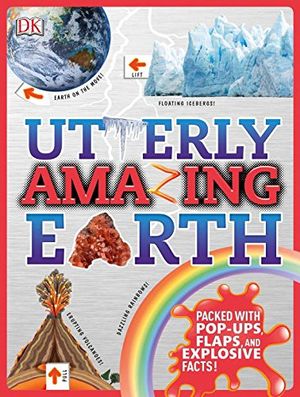 by Dougal Jerram. DK Publishing, 31 pp., $19.99. Young readers will learn all about their home planet with this interactive book featuring pop-ups, pull-tabs, and wheels. Each spread features activities for young explorers, from the simple (walk around your neighborhood and try to identify different rock types) to the sublime (build your own volcano). Ages 7-9. 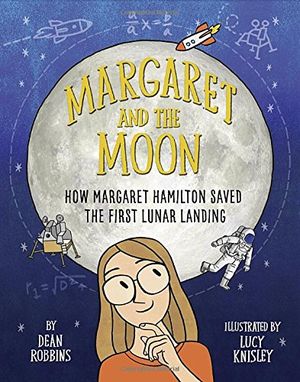 Margaret and the Moon

by Dean Robbins; illustrated by Lucky Knisley. Alfred A. Knopf Books for Young Readers, 40 pp., $17.99. Young readers are sure to be engrossed by the story of NASA’s Margaret Hamilton, who helped develop the on-board flight software for the Apollo space program, and whose navigation software helped the Apollo 11 astronauts avert an abort of their moon landing. Ages 4-8. 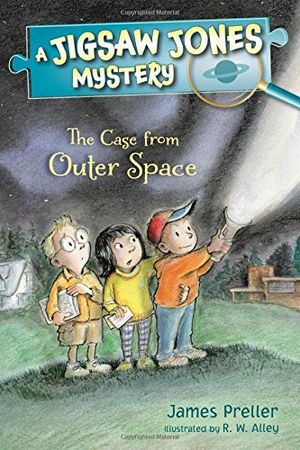 by James Preller. Feiwel and Friends, 96 pp., $4.99. Another terrific title in the series: In this book, Jigsaw Jones and his partner, Mila Yeh, track a series of mysterious notes found in the pages of books from the Little Free Library. All signs point to an alien invasion. Could there be another possibility? Ages 6-10. 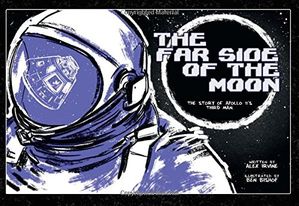 The Far Side of the Moon: The Story of Apollo 11's Third Man

by Alex Irvin; illustrated by Ben Bishop. Tilbury House, 64 pp., $16.95. While astronauts Neil Armstrong and Buzz Aldrin were walking on the Moon’s surface on July 20, 1969, astronaut Michael Collins was setting his own record, orbiting the Moon, alone, for 21 hours. The graphic novel also covers Collins’ post-NASA career, including his stint as director of the National Air and Space Museum. Bishop’s sooty illustrations brilliantly capture Collins’ isolation and the blackness of space. Ages 8-12. 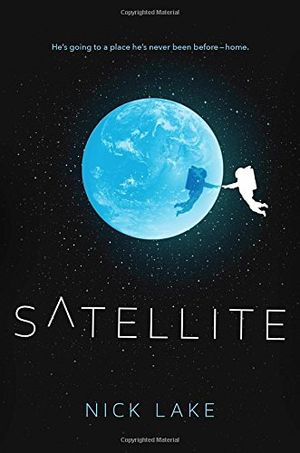 by Nick Lake. Alfred A. Knopf Books for Young Readers, 464 pp., $17.99. Moon 2, a space station orbiting Earth, is the only home that 15-year-old Leo and the teenage twins Orion and Libra, have ever known. Taken care of since birth by a rotating group of astronauts, the teenagers are finally strong enough to survive the trip to Earth. As the teens look forward to new experiences—drinking a milk shake, sleeping on a mattress with springs, hearing classic music in a real concert hall—their greatest challenge will be surviving on Earth. Ages 12-up. 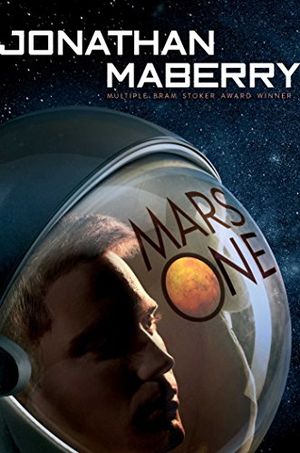 by Jonathan Maberry. Simon & Schuster Books for Young Readers, 448 pp., $17.99. Since he was 12 years old, Tristan Hart has known that he and his family were going to be part of the first mission to colonize Mars. Now he’s 16, and already an engineering genius, thanks to his mother, an astronaut with the same skills. But as two spaceships launch from the U.S., a NeoLuddite terrorist group targets the colonists. Will they even make it to the Red Planet? Maberry’s fast-paced novel, inspired by the actual Mars One project, successfully combines an action adventure story with a tear-jerking teen romance. Ages 12-up. 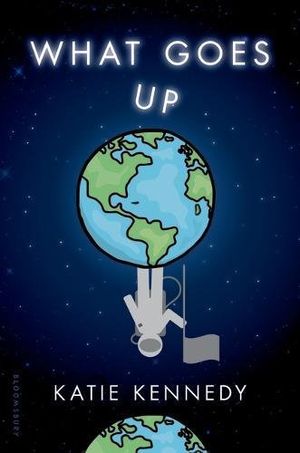 by Katie Kennedy. Bloomsbury, 336 pp., $17.99 Rose Hayashi and Eddie Toivonen are just two of hundreds of teens applying for a spot in NASA’s top-secret Interworlds Agency. IA’s mission is not just to explore the universe, but also to serve as Earth’s sentries. When aliens make contact during the students’ first year, the teens are prematurely thrown into active duty. Kennedy creates believable and engaging characters, just as she did with her first YA novel, Learning to Swear in America. Ages 13-up. 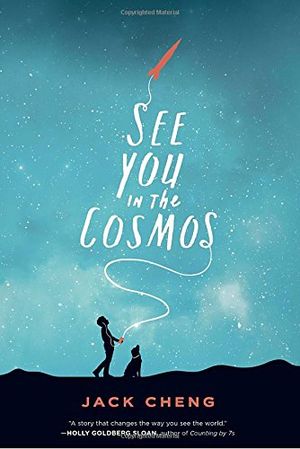 See You in the Cosmos

by Jack Cheng. Penguin Young Readers, 320 pp., $16.99. Inspired by the Golden Records—sounds and images of life on Earth meant for extraterrestrials—launched on board the Voyager spacecrafts in 1977, 11-year-old Alex Petroski is creating his own audio recordings for aliens on his “Golden iPod.” He hopes to launch his messages at a rocket festival in New Mexico, but when the rocket fails to launch, Alex, his dog Carl Sagan, and folks from the festival set off on an epic road trip. Ages 10-up. 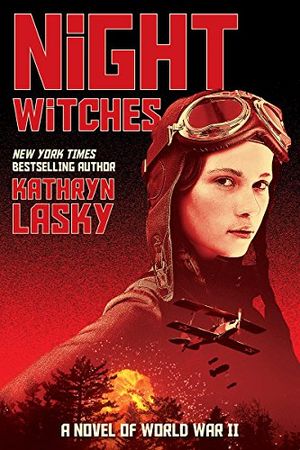 by Kathryn Lasky. Scholastic Press, 224 pp., $17.99. Valentina Baskova is a natural pilot, and has been flying the Polikarpov Po-2 since she was 12 years old. She’s now 16, and as the Nazis surround Stalingrad, Valentina wants nothing more than to join her sister Tatyana in the air, and become one of the famous “Night Witches” of the 588th Night Bomber Regiment of the Soviet Air Forces. This compelling historical novel includes actual figures from the regiment, such as commander Yevdokia Bershanskaya, and lots of detail about the handling characteristics of the Po-2 and the Yak-1. Ages 9-12. 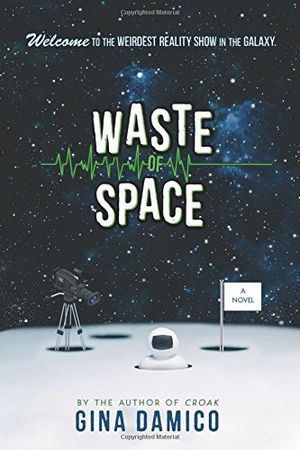 by Gina Damico. Houghton Mifflin, 400 pp., $17.99. It was only a matter of time before the brains of reality TV decided to stuff 10 teenagers into a spacecraft and blast them into orbit. But what the teens don’t know is that the launch is a fake; they’re actually in a warehouse in the desert. Just when the cast starts to suspect not everything is as it appears, the line between reality and fantasy is erased. Ages 12-up.