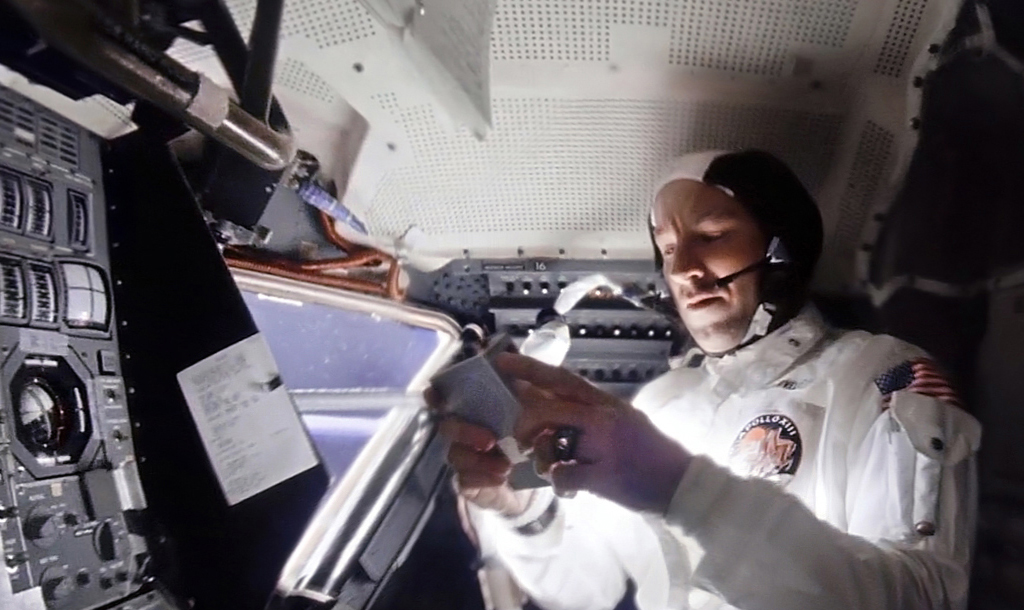 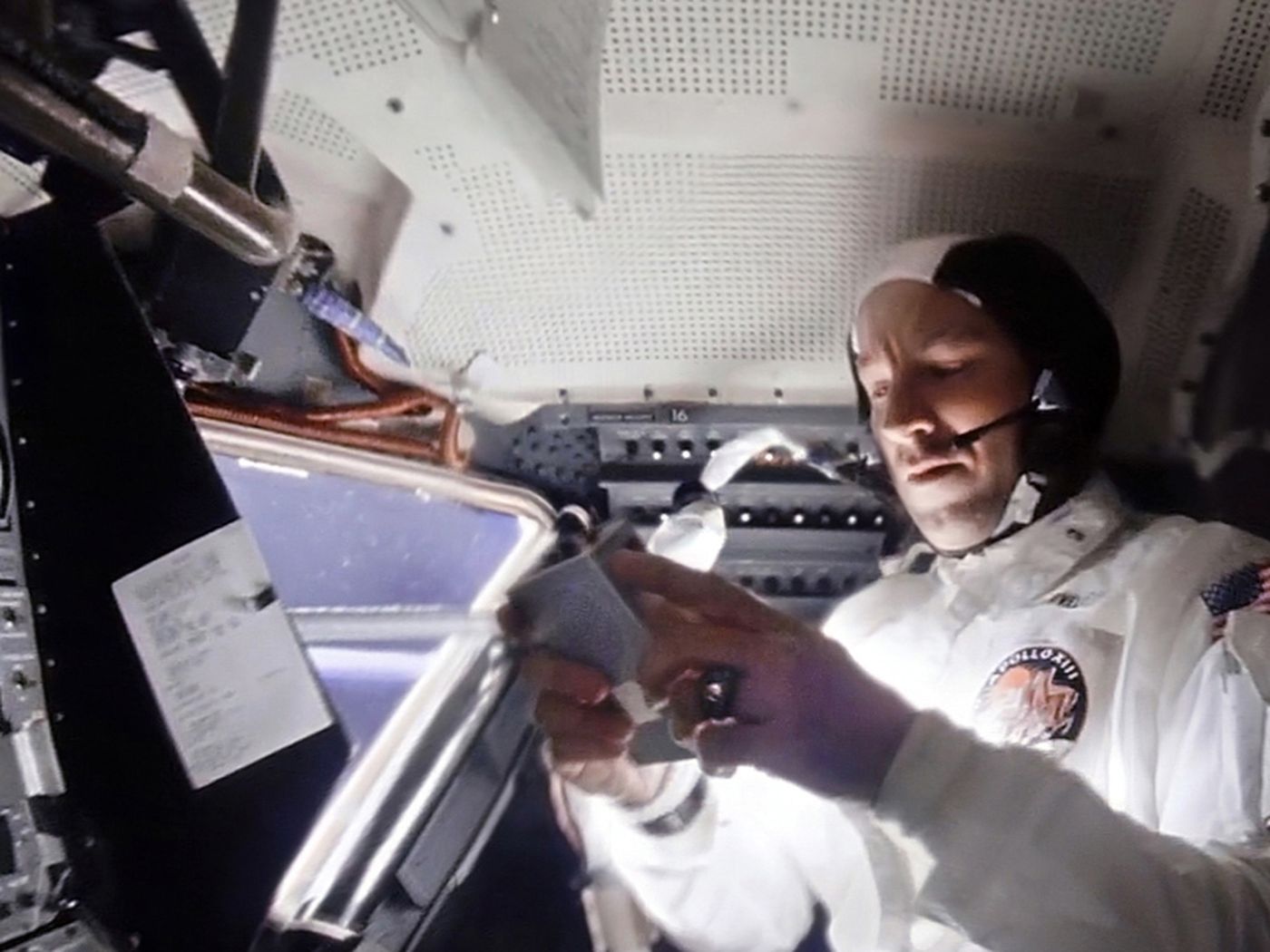 The Apollo astronauts took some of the most famous photos of the 20th century, but to Andy Saunders, they’re not quite good enough. It isn’t the content that bothers him, nor the skill of the cameramen. It’s the image quality he wants to improve.

So he does. From his home in Cheshire, England, where by day he’s a property developer, Saunders pores over NASA photography and video, looking for overlooked scenes and dark corners that might be enhanced to reveal something new—like, for example, a view of Neil Armstrong’s face on the surface of the moon (the Apollo 11 commander was holding the camera most of the time, so most of the iconic shots from that historic mission are of Buzz Aldrin).

With next week’s anniversary of Apollo 13 in mind, Saunders has been at it again, inspecting 16-millimeter footage from that ill-fated mission, combining movie frames and digitally improving the images to produce unfamiliar scenes, like the view above of Jim Lovell selecting music on a portable player during the flight. Below are some of Saunders’ enhanced images, with his commentary.