See Why Lovely Zagreb is a Dream Destination for Lovers of Art, History, Nature and Food

Zagreb is a Dream Destination for Lovers of Art, History, Nature and Food #sponsored 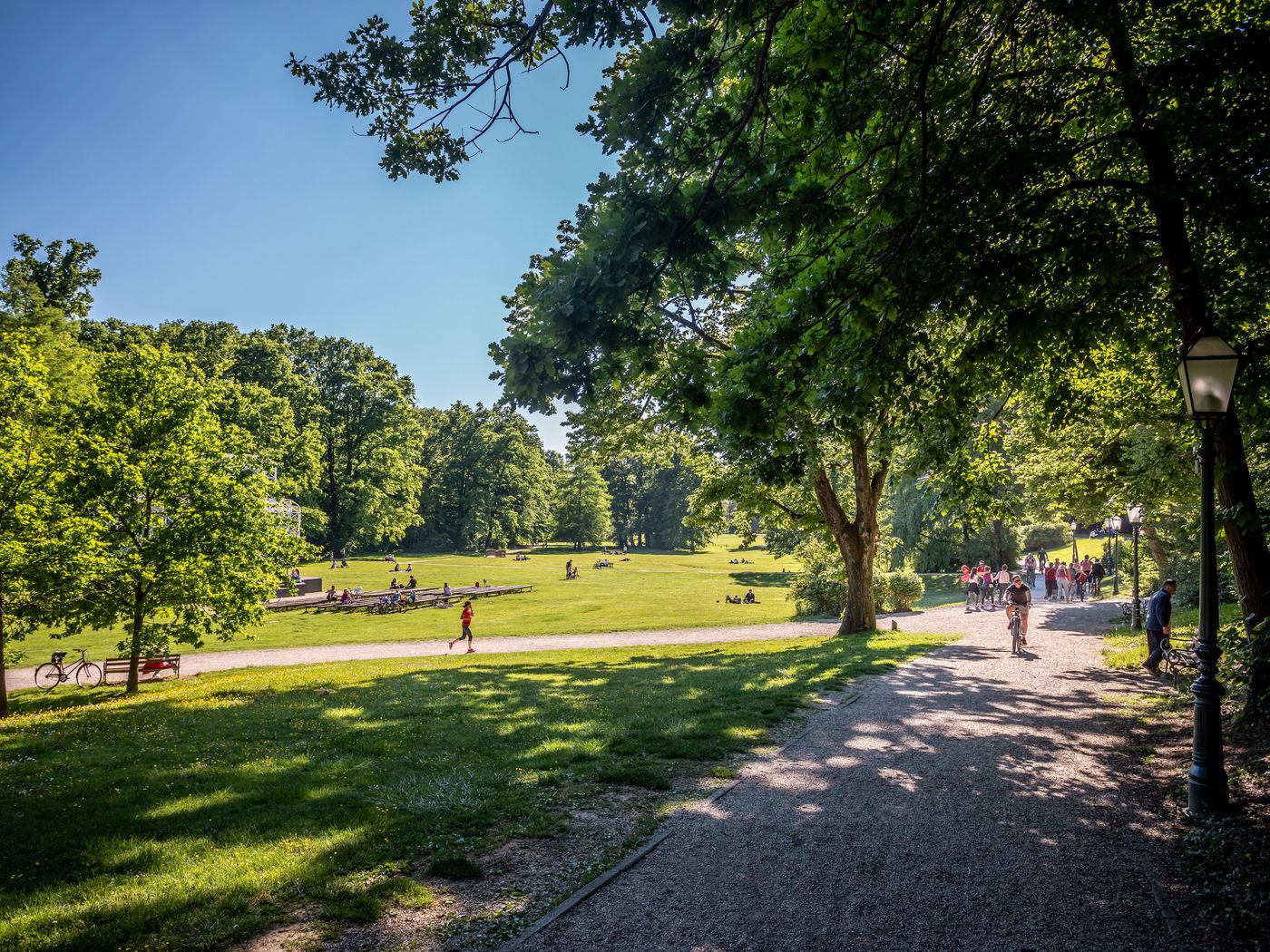 A visit to Zagreb is a feast for the senses—between the dazzling architecture, the brilliant colors of its parks, and its mouth-watering food offerings, there’s more than enough to keep you busy. But any visit to Zagreb wouldn’t be complete without a trip outside the city, too—the surrounding areas are easy to get to and include some of the world’s most up-and-coming wineries, postcard-perfect medieval towns, and mountain peaks just waiting for you to summit.

A Time Machine Bound For Zagreb’s Fascinating Past

Zagreb has been a bustling hub of art, commerce, and innovation since 1094—that’s nearly 1,000 years’ worth of history to explore! In the city’s Upper Town neighborhood, start by taking a ride on the Funicular, a circa-1890 tram-style attraction that offers a bird’s eye view of the city. You can also explore the city from underground; the Grič Tunnel, built in 1943 during World War II, runs for 350 meters under Upper Town. From the top of Upper Town you’ll want to ascend Lotrščak Tower, which has been standing guard over Zagreb since the 13th century. And at the Zagreb City Museum, established in 1907, you’ll be able to soak in even more Zagreb history, with paintings, furnishings, clothing, and more from the city’s history arranged chronologically.

You won’t just find historical sites and landscapes in the city center, though—the towns and villages surrounding Zagreb have been continuously inhabited since the Paleolithic area, and within easy distance of town there’s an afternoon adventure for every kind of history buff. At Andautonia Archaeological Park, easily accessible from the Zagreb airport, you’ll find the ruins of Roman settlement, and be able to learn about life in Croatia in ancient times. Not far away is Velika Mlaka, home to the Chapel of St Barbara, one of Croatia’s most beautiful examples of 17th-century wooden churches.

Want to stroll along the banks of the Gradna stream in an authentic medieval market town? In Samobor, established in the thirteenth century, you can walk through the town’s preserved historic core while enjoying a traditional pastry, taking in the sunset from the ruined castle set atop Tepec Hill, an easy walk with incredible views.

For centuries, artists, architects, and performers have called Zagreb home, and it shows. Whether you’re looking for medieval masterpieces or modern marvels, Zagreb’s cultural treasures will expand your horizons.

In the city’s Lower Town, many buildings, including the Croatian State Archives, date to the early 20th century—be sure to take a close look at the facade, which has its original ceramic tiles intact. From there, wander over to the Croatian National Theatre, where you’ll see a number of works by the iconic sculptor Ivan Meštrović.

It would be easy to spend a beautiful day taking in the sights along Zagreb’s Lenuci Horseshoe, including the Art Pavilion, one of the first purpose-built art galleries in this part of Europe, and the Modern Gallery, home to some of Croatia’s most important twentieth century paintings and sculptures. No trip to Zagreb would be complete without taking in some of the city’s vibrant street art, a scene that has exploded in the last several decades. The Gulliver mural, painted in 2016 in Opatovina Park, is a breathtaking example of everything that makes street art so exciting: its subject is taken from a historic novel, but the renderings are cutting-edge contemporary.

Just half an hour outside the city by car is Zaprešić, the perfect starting point for a day of exploring the castles dotting Zagreb’s countryside. A former granary in the center of town is now the Museum of Matija Skurjeni, a space devoted to the twentieth-century Croatian painter. From there, set out for Lužnica castle, designed in the Baroque style, and Januševec castle, known for its spectacular garden and grounds. Jakovlje castle, an ideal last stop on a day trip to the area, is host to a sculpture garden where artists of different eras left their mark, turning a visit there into a journey through Croatian art history.

The Wild Wonders of Zagreb

Nestled between the Sava River and the peaks of Medvednica Mountain, you’re never far from the natural world when you’re in Zagreb. The city itself is filled with green space where you can walk at your own pace, admiring sculptures and public art or simply doing a bit of people-watching. At the center of the city is the Botanical Garden, a family-friendly destination filled with plants from all over the world. Near the famous Felbinger Stairs—the perfect place to pause for a memorable photo-op—is an urban vineyard, which has a great view of Old Town Zagreb. And at Tuškanac park-forest, you’ll feel like you’ve left the city behind for a storybook wonderland filled with leafy trees and incredible views—though in Zagreb you’re never too far away from your next cup of coffee!

Medvednica, a protected nature preserve, is where locals go to escape the hustle and bustle of city life, and it’s well worth a visit. With medieval chapels, wooded hiking trails, and an abundance of delicious snacks available at every stop, it’s an ideal afternoon adventure with accessible activities for people of all ages.

Feeling a little more adventurous? Žumberak–Samoborsko gorje Nature Park, located in the Žumberak Mountains, is the perfect place for a hike, with plenty of spots to observe the native flora and fauna and sweeping vistas of the Croatian countryside. Near Samobor, Grgos Cave, discovered in the early 1970s, has nearly fifty meters of paths to explore, with stalactites and stalagmites thousands of years old creating a magical landscape.

Zagreb is undoubtedly one of Europe’s most exciting food cities, whether you’re looking for innovative, modern dishes or classic, hearty Croatian cuisine.

A trip to Zagreb has to include a sampling of the city’s famous coffee and coffee culture—enjoy a leisurely cup in a nearby café before one of your strolls through the Green Horseshoe and then head to Dolac, the city’s central food market, where you won’t want to miss the kumice vendors purveying local cheese. Extra hungry? Try a food-focused walking tour where you can try some of Zagreb’s famous pastries while you see the sights. In addition to the urban winery in the heart of Zagreb, the Plešivica region outside the city is home to more than forty wineries, many of which are connected by the Wine Road, which makes it easy to stop and sample a glass or two on a guided tour.

Of course, your excursions outside the center of town will also be filled with delicious bites. While exploring Medvednica, slow down to try some mlinci, a baked noodle dish best eaten with roasted turkey, or a bowl of simmering bean stew served alongside cured meats.

When in Samobor, coffee in the main square is a must, as is kremšnita, a custardy cake sure to satisfy any sweet tooth.