It is just a simple metal-and-plastic toy, but don’t let that fool you. Despite multiple trips through the sandbox and being carted all around the rural Indiana of my childhood, the bus remains bright yellow—even if the toy broke so long ago it’s impossible to remember it intact. Its hidden power still shines.

Nothing could stop that bus. It could do anything. You see, the toy’s flaw was its secret weapon.

Because the latch holding the metal hood to the plastic base no longer worked, it was easy to imagine the toy magically transforming from a bus into an alligator’s head (with an engine for a tongue) whenever necessary. Anything that stood in its way could be defeated.

The bullying started as early as first grade for me, steadily getting worse as time wore on. Classmates quickly pegged me as “the gay one” and that was that. Turns out, they were right.

In my daydreams, the bus would swallow my tormentors, gobbling down the pain they caused and spitting it back out, now neutralized, through its broken alligator jaws. Like me, nine out of ten LGBTQ teens today report being bullied in school. Almost half of LGBTQ teens report being physically harassed, and another quarter have been physically assaulted.

As the social outcast, I found that being alone became both a protection and its own trauma. An avid reader, I lost myself in stories of other places and people. Instead of friends, words were my companions and a toy bus, empty of tormentors, was my protector.

I outgrew the toy eventually, as children do. Yet the bus hadn’t abandoned me. Even through multiple moves and into high school, it watched over me as it sat on a shelf in my bedroom.

My sophomore year in high school, the bus sat in a corner of my bedroom, standing guard as my first boyfriend and I made stumbling steps toward intimacy. It watched with a protective glare two weeks later when we had heated words because he told someone about our burgeoning relationship.

Slowly, I acknowledged the truth. I am gay. I started a relationship with a different boy. The bus gave silent approval when that boy told me he loved me. I wasn’t alone; I loved him too. I had validation.

Gay pride hadn’t hit small-town Indiana yet in the late ’80s, but I found support where I could. I read every book in the library that mentioned homosexuality—including the encyclopedia. I drove 20 miles to the nearest bookstore and surreptitiously bought every issue of a gay magazine I found there. 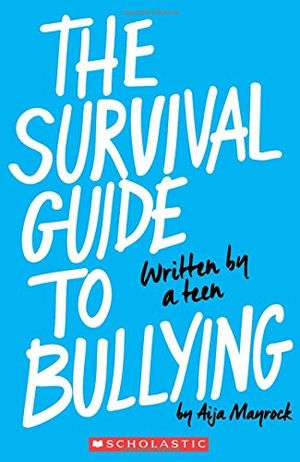 The Survival Guide to Bullying: Written by a Teen

The Survival Guide to Bullying covers everything from cyber bullying to how to deal with fear and how to create the life you dream of having.

I’d unknowingly learned another lesson from the bus-inspired fantasies of vanquishing the bullies: If you want to succeed, if you want to move forward, you first have to open your mouth. So, I came out. I couldn’t stay home any longer and quickly became another statistic: 40 percent of homeless youths are LGBTQ. Family conflict is the most common reason; half of all teens get a negative reaction from their parents when they come out. One out of four are thrown out of their home.

When I got a job and my own apartment, I left the bus behind. Living alone, I finished high school and moved away for college. In Evansville, I found more people like me. I made a new group of friends and felt I truly belonged for the first time. Happiness, however, came with an underlying sorrow as AIDS ravaged the gay community; one of my new friends died with his head in my lap.

I became an activist, first fighting against HIV/AIDS stigma, and as time progressed and priorities changed, for LGBT rights.

When the internet widened the definition of journalism, at the urging of my longtime partner, Jerame Davis, I started one of the first LGBT-focused blogs. As the audience grew, my expanding team of bloggers on the site we called the Bilerico Project started covering national news and movement strategies.

Instead of being known as the Indiana activist, my reputation grew as a journalist. I began interviewing prominent politicians and being invited to cover moments of historical significance. I was in the room when President Obama ended Bill Clinton’s “Don’t Ask Don’t Tell” policy, which kept gay and lesbian service members in the closet. (Today I am managing editor of LGBTQNation.com)

As years passed, my mother had become more accepting. One day a package of mementos she’d kept arrived in the mail. Inside was the school bus. I showed it to Jerame, then put the box aside; we were planning something important at the time.

Sixteen years after our first date and shortly after the box’s arrival, Jerame and I were legally wed in a low-key ceremony at a public park. We held a small reception at our apartment afterward and the bus, peeking slightly askew out of the box, smiled a toothless grin of approval.

Days later, the school bus—symbolizing my struggle and so many others’—started a new journey as curator Katherine Ott met with me and collected it to join the holdings of the Smithsonian National Museum of American History. Eight months later, the Supreme Court legalized same-sex marriage as Jerame and I embraced outside.

Open your mouth. Make noise. Take big bites. Spit out your obstacles and achieve your dreams. Get on the bus and go places.

Bil Browning is a writer and activist.