Ariel Waldman, the author of What’s It Like in Space? Stories from Astronauts Who’ve Been There, is a member of NASA’s Innovative Advanced Concepts program, which nurtures radical, sci-fi-esque ideas to enhance and transform future space missions. She also contributed to a congressionally-requested National Academy of Sciences study on the future of human spaceflight, and is the global director of Science Hack Day, a 24-hour worldwide event to get people excited about science. We exchanged emails about what space smells like, which of Saturn’s moons might be home to the most interesting life, and why we explore space at all. The interview has been edited for length and clarity.

Burnt almond cookies. Seriously! At least, that was what one astronaut reported after sniffing the inside of an air lock. In fact, no one can quite agree on what space smells like. Others have said everything from welding fumes to “wet clothes after rolling in snow.”

What’s the most useful item a person can bring into space?

A towel, of course! The Hitchhiker’s Guide to the Galaxy got it right. Turns out being in space means a lot of bodily fluid management.

How have other creatures reacted to weightlessness?

I found it fascinating to learn about how insects adapt—or don’t. Butterflies, while graceful on Earth, are anything but in space. But moths have learned how to float, flapping their wings only occasionally to move from place to place.

Is there something astronauts talk about learning in space that changes how they live their lives back on Earth?

Some astronauts experience what has been dubbed the “overview effect,” wherein they more succinctly than ever before realize the fragile and finite nature of Earth and the thin atmosphere responsible for protecting it. I initially thought this wasn’t too hard to imagine—we’ve all seen pictures of Earth from space—but one astronaut told me the real key was time. Having the entire surface of the Earth on constant repeat over time, day-in-and-day-out, changes your perspective in a way that I now understand images and videos couldn’t.

Which three historical figures would you pick to accompany you on a space odyssey?

This would depend on the space odyssey, but I’d go with Hedy Lamarr (the actress turned inventor) for her cleverness, Alexander McQueen (the fashion designer) for his creativity, and Nelson Mandela (the activist turned president) for his heart. What is a space odyssey without an eclectic crew?

If you could visit any place in the solar system or beyond, where would it be?

I’d like to visit Enceladus, the moon of Saturn that has a hydrothermally-active ocean beneath its ice. Because of its distance from Earth, if it contained life it would likely be a second genesis of life—essentially, truly alien. Outside the solar system I would visit an intelligent alien civilization somewhere, hopefully in our galaxy, if there is one.

How far from Earth can humans go? And what can we discover and achieve when we get there?

I love these questions because they are enduring questions—questions that will always stay with humanity and their answers will always change with time. Continuing to ask how far can we go and what can we do when we get there drives progress, both socially and technologically.

Why explore space at all?

I like cartoonist (and former NASA roboticist) Randall Munroe’s take on this: “The universe is probably littered with the one-planet graves of cultures which made the sensible economic decision that there's no good reason to go into space—each discovered, studied, and remembered by the ones who made the irrational decision.” 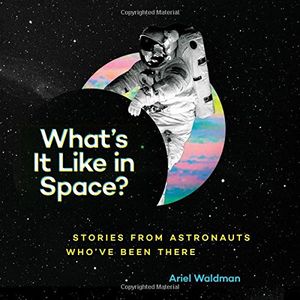 What’s It Like in Space? Stories From Astronauts Who’ve Been There

Everyone wonders what it's really like in space, but very few of us have ever had the chance to experience it firsthand. This captivating illustrated collection brings together stories from dozens of international astronauts.