President Nixon declared the "War on Cancer" with the National Cancer Act of 1971, and in the decades since then cancer researchers have delivered new targeted therapies and immunotherapies that radically improved treatment. Even as more weapons are added to the medical arsenal, however, cancer cells find new ways to resist them.

In a provocative new book, Athena Aktipis — director of the interdisciplinary cooperation initiative at Arizona State University who studies conflict and cooperation, in a whole range of systems from human societies to cancer cells — argues that humanity may need to rethink our war on cancer by focusing not on eliminating it, but on transforming cancer from a set of deadly, acute diseases to chronic, manageable ones. She writes: "Cancer evolves, but we have the ability to anticipate that evolution and strategically plan our response. We can trick it, send it down a blind alley, sucker it into vulnerability, and shape it into something we can live with."

Aktipis’s book, The Cheating Cell: How Evolution Helps Us Understand and Treat Cancer, came out earlier this spring and she tells Smithsonian how taking an ecological and evolutionary approach to cancer has led to novel treatment strategies—and why cancer is a lot like the mafia.

What was the impetus for writing this book?

There was a need for a book that would explain the origins of cancer. Why is cancer something that we face as humans, and why do other organisms get cancer? People think cancer is just a modern phenomenon, but it has been around since the beginning of multicellularity. I wanted to tell the story of how evolution operates within our bodies—among our cells over the course of our lifetime—to give rise to cancer. 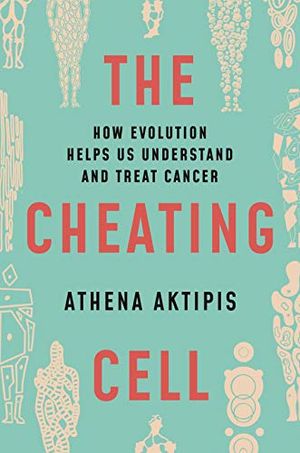 The Cheating Cell: How Evolution Helps Us Understand and Treat Cancer

Unifying the latest research from biology, ecology, medicine, and social science, The Cheating Cell challenges us to rethink cancer’s fundamental nature and our relationship to it.

Cancer treatment traditionally uses high doses of toxic drugs to wipe out cancer cells. But some oncologists have started taking a different approach, inspired by integrated pest management, that seeks to control rather than eliminate. Tell us more about this approach to cancer treatment.

Imagine you have a field and you’re trying to grow crops, but there are pests. If you use high doses of chemical pesticides, then you end up selecting for the pests that can survive despite the pesticide. In cancer treatment, the approach has been to use the highest dose that can be tolerated by the patient.

With integrated pest management, by contrast, you limit the use of pesticides to try to avoid selecting for resistance. You may not get rid of the pests completely, but you can keep their population under control so they do limited harm to the crops. Adaptive cancer therapy is based on the idea that resistance is going to evolve unless we manage the evolution of the resistance itself.

Adaptive therapy is an approach pioneered by Bob Gatenby at Moffitt Cancer Center in Tampa, Florida, who was inspired by integrated pest management approaches. The idea of it is to try to keep the tumor a manageable size and to maintain the ability to treat it with the therapy that's being used. This is very different from hitting it with the highest dose that the patient can tolerate to make it go away, which is the traditional approach. With adaptive therapy, you're just trying to keep the tumor at a stable size and not use so much chemotherapy that you get the evolution of resistance. It is taking a long-term time perspective and thinking about not just what's the immediate effect of the treatment, but what's the long-term effect on the ability to keep the tumor under control.

There are some cancers that we know are curable with high-dose therapy, and so for those, we should continue doing what works. But when it comes to advanced metastatic cancer, that is cancer that has spread from the primary tumor to other organs in the body, it is often the case that you can't eradicate the cancer. You can't achieve a full cure at that point. So it makes sense to change the strategy in those cases to thinking about how the patient can most effectively live with the tumor and how we can keep it from becoming more aggressive. These are important approaches as we truly integrate this evolutionary and ecological cooperation theory for cancer biology.

You call cancer cells “cheaters” because they take advantage of healthy cells without offering any benefit to the body. Why do these harmful cellular cheaters exist across the tree of life?

There's an epic struggle between the way that evolution works on populations of organisms to help suppress cancer and then how evolution works within our bodies. In a population of organisms, the individuals that are the best at resisting cancer are favored. But within an individual body, the cells that are best at replicating and monopolizing resources—and therefore more prone to cancerous behavior—are the ones that are selected. So you have two evolutionary processes in conflict.

A complicating factor is that there can be trade-offs between suppressing cancer and other traits that might enhance your fitness, like having more rapid reproduction and growth. Wound healing is a great example. It is very clear how the same cellular characteristics can both help you heal a wound quickly and lead to susceptibility to cancer. When a wound occurs, the nearby cells need to replicate and migrate to heal the wound. In that environment, the cells in the neighborhood are temporarily more tolerant of cells that replicate and move.

That creates a vulnerability to cancer. You have this possibility that cells will replicate more quickly and move, and that they also create the signaling environment that calls off the immune system. One of the oldest ways to refer to a cancer is actually “the wound that will not heal.”

What tricks have other species evolved to resist cancer that we might be able to use to treat cancer in people?

Cancer is extremely widespread across the tree of life. Some factors seem to predict having more cancer suppression mechanisms. For example, we can think of the cancer suppression gene TP53 as the “cheater detector” of the genome. It is part of this large network that takes in information that could indicate a cell has gone rogue. If the combination of signals is not right, then TP53 triggers a response such as stopping the cell cycle to repair DNA. If that doesn’t work, it triggers cell suicide.

This gene is really important for cancer suppression in a lot of species. Elephants have 22 copies of this gene, while humans only have two. It’s not clear if all the copies in elephants are functional, but elephant cells do have more cell death in response to radiation. The more copies of TP53 your cells have, the more likely they are to undergo programmed cell suicide if they are exposed to a carcinogenic situation. The fact that elephants have more copies of TP53 is an interesting example of how large size can select for having more cancer suppression mechanisms.

In addition to cheating healthy cells, cancer cells cooperate. How can cancer treatments take advantage of this?

Cooperation is not always good. The mafia is an amazing example of cooperation to cheat. There are many parallels in cancer with the way that organized crime uses cooperation within the organization to exploit a broader system. For example, during the 1920s, members of the mafia worked together to take advantage of prohibition and began procuring and selling illegal alcohol. The fortunes that factions made doing this allowed them to dominate organized crime in their cities.

There are several potential approaches involving cell cooperation that we should be exploring more in cancer treatment. Rather than trying to just kill the cancer cells, we can try to disrupt their communication and their adhesion to one another. Those are good targets for intervening in the processes that seem to require cell cooperation, like invasion and metastasis, which are the processes by which cancer cells leave the tumor of origin, circulate in the bloodstream, then invade the tissue of a distant organ. Those invasion events are the seeds of metastases: the spread of cancer throughout the body.