More than forty years ago, a small group of protesters set out for Raleigh to present a petition to the governor of North Carolina asking to reduce the prison sentences of a group known around the state, nation, and world as the Wilmington Ten.

This July 1977 march had its roots in the community’s struggles over school desegregation. Although the Supreme Court’s Brown v. Board of Education decision called for the desegregation of schools in 1954, New Hanover County dragged its feet over integration until the late 1960s. In June of 1968, the school board chose to quickly close the African American Williston Senior High School and send pupils to the long-standing white high school, New Hanover High, and the relatively new suburban high school, John T. Hoggard. The school board made this decision in June, after the school year was over, much to the consternation of many. Closing Williston Senior High School was the first step in a three year struggle to desegregate. Between 1968 and 1971, the community battled over school integration. After a number of failed efforts, the school system was forced to desegregate all grade levels under a court-ordered plan in the fall of 1971.

In the midst of all this tension, in early 1971, during an African American student-led boycott of the high schools, violence erupted in the city of Wilmington. Two people were killed, there was extensive property damage, and a number of downtown businesses, including Mike’s Grocery Store on South Sixth Street, were destroyed by fire. A year later, ten people— Benjamin Chavis, Reginald Epps, Jerry Jacobs, James McKoy, Wayne Moore, Marvin Patrick, Anne Sheppard, Connie Tindall, Willie Earl Vereen, and William “Joe” Wright, II —were tried and convicted on a series of felony charges that date back to 1971. The Ten were sentenced to a combined total of more than 280 years in jail.

The 1977 protest march started on Thursday July 14th in Burgaw, because the Ten’s 1972 trial was held in Pender County. Given all the pre-trial publicity in the Wilmington area, the defense petitioned the courts for a change of venue in the hope this would lead to a fairer trial. The 1977 marchers first marched from Burgaw back to Wilmington, and then to Raleigh. The small protest was organized by Golden Frinks, field worker for the Southern Christian Leadership Conference (SCLC), a Civil Rights organization that was led by Martin Luther King, Jr. before he was assassinated. The marchers planned to reach Raleigh on the following Thursday and petition for the release of the Wilmington Ten.

Then, in December 1980, the U.S. Fourth Circuit Court of Appeals overturned their convictions. This left the Wilmington Ten in a legal grey zone – as the News and Observer put it, “Prosecutors never retried the case. But they did not accuse anyone else of burning Mike’s, and they did not drop the Wilmington Ten charges.” After decades of living under a cloud, the living members of the Wilmington Ten and their allies successfully campaigned to receive pardons of innocence from Governor Beverly Purdue. Purdue signed their pardons on December 31, 2012. By that time, however, Jerry Jacobs, Ann Sheppard, Connie Tindall and Joe Wright had all died. 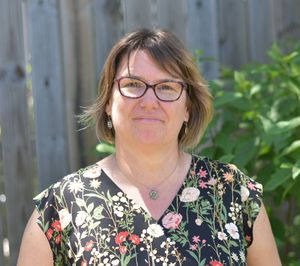 Jan Davidson earned her PhD from the University of Delaware in 2000. Her thesis explored the history of women workers on the Pennsylvania Railroad in World War I. Davidson worked at the Smithsonian’s National Museum of American History (2000-2005) as the historian for the exhibit America on the Move, and is the co-author of On the Move, Transportation and the American Story. She has served as the Cape Fear Museum’s historian since 2005. She performs research into a wide range of topics for exhibits and Museum programs. Dr. Davidson is particularly interested in African American history, and is currently working on a project exploring enslavement in New Hanover County.