The clock is ticking down to August 21, 2017, when the daytime sky will darken over a long strip of the United States, from Oregon to South Carolina, for the first time in 99 years. Though seasoned eclipse chasers have long made their plans to be underneath the line of totality, the rare occurrence has spurred publication of several books to be released over the next few months for anyone to enjoy.

Cultural astronomer Anthony Aveni, author of In the Shadow of the Moon: The Science, Magic, and Mystery of Solar Eclipses (Yale University Press, available April 25), is less concerned with the science of eclipses than with their history. “Unfortunately, the effects of totality on people are rarely mentioned in books about eclipses,” he writes. Aveni winds through eclipse-watching moments from ancient Babylonia to New York’s Central Park in the 20th century, showing how each culture weaves its own tales and superstitions from the awesome spectacle in the sky. Aveni’s book is satisfying preparation if you’d like to put the upcoming 2017 eclipse into perspective—it’s an easy, fun read, full of colorful asides and startling facts.

As a photography lover, I was drawn to his discussion of early attempts to photograph a total eclipse, once technology evolved to the point where people could do more than just draw them. It was during the “first full-blown professional eclipse expedition” by the Royal Prussian Observatory in 1851 that the first photograph was taken—a daguerreotype— by Johann Julius Friedrich Berkowski in Königsberg, Prussia (now Kaliningrad, Russia).

British astronomer Warren de la Rue was determined to record an eclipse his own way, with the photoheliograph, a camera and telescope he invented just for this purpose. In 1860 he traveled to Rivabellosa, Spain, dragging practically an entire building behind him.

Sparing no expense, he pieced together a complete photographic darkroom laboratory at his carefully chosen station in the field. It included a water cistern, a series of sinks, shelves for a dozen chemicals, tables, and a drying apparatus. Adjacent to the darkroom he built a house with a retractable roof for the instrument to give him access to the sky. Over the whole of it he constructed a canvas tent, which he kept wet with a continuous flow of water to lower the temperature in the darkroom during the crucial moments of totality in the heat of the day. To put it all together, he lugged 113 pounds of carpenter’s tools, along with lanterns, lamps, several smaller telescopic instruments, a barometer, a thermometer, three synchronized chronometers, glass cutters (to size the photographic plates to fit in the camera), 139 pounds of water—and an undisclosed quantity of wine.

De la Rue churned out 40 glass negatives during three minutes of totality, though he remarked later that he regretted spending so much time working while the eclipse went on overhead. Next time, he said, he would give up documenting “and devote myself to that full enjoyment of the spectacle which can only be obtained by the mere gazer.”

In 1887, David Todd spent a year planning his strategy to photograph the eclipse in Yokohama, Japan, only to have a nearby volcano erupt the day before, filling the sky with ash. As soon as humankind learned to fly, people began making attempts at eclipse photography from balloons and aircraft, which required immense amounts of equipment and patience. Sometimes the would-be photographers came away with nothing, followed by an 18-month wait for the next opportunity, somewhere else in the world. “Sixteen naval aircraft attempted aerial photography of the September 10, 1923 eclipse, but not a single in-focus image resulted,” Avani says of one of the first coordinated attempts. Practically every kind of flying vehicle has been used to chase eclipses, from the world’s largest dirigible, the USS Los Angeles, to the supersonic transport Concorde.

After I finished In the Shadow of the Moon, I emailed Kevin Baird, whose stunning “Ring of Fire” image of the 2012 annular eclipse in Bluit, New Mexico (below), was a finalist in our photo contest. I suspected—correctly—that he had plans to capture the 2017 eclipse.

Baird has been captivated by eclipses since he saw a partial one as a kid in Carpinteria, California—a local newspaper published a photo of him with his junior high science class watching through a telescope. He’s seen several more since, though only in the United States, so they’ve been partial and annular eclipses. This will be his first total eclipse, and he decided to make it a homecoming by heading to Wyoming—his birthplace. “Casper, however, is making much ado about it, and was booked solid a year ago,” he says. “We’re going to avoid that crowd and find a more scenic mountainous spot to photograph it from, probably out west near Jackson. But those camping areas are mostly booked up, too.” I asked if he gained any experience from his prior eclipses that he planned to implement this time:

The 2012 eclipse was easy: we went to Lubbock to shoot it at sunset, so it was like shooting any other sunset—only dimmer [because the light is traveling through more atmosphere, and you can use normal shutter speeds and apertures]. The total eclipse this August, however, happens in Wyoming when the sun is high in the sky in the mid-afternoon, so I need to consider telephoto lenses with solar filters, wide angle for landscapes, binocular projection onto paper for the kids to watch, time lapse, and I’ll be bringing my drone... And since we’re renting an RV from a city we’re flying to, luggage will be complicated.

The difference between seeing—and photographing—a total eclipse, as compared to a partial eclipse, is enormous, and Baird is both excited and practical about it. “This summer will be the first time I’ll have a chance to see Baily’s beads, the diamond ring, the corona, and all that, and then I’ll have seven years to correct my mistakes in time for the next one in the U.S.”

If you’re making the trek for this summer’s eclipse, there are several resources online for photographers, including this one from “Mr. Eclipse,” retired NASA astrophysicist Fred Espenak, and this 2017 eclipse site maintained by chaser Dan McGlaun, which also includes tips on drone photography.

Read more of our 2017 eclipse coverage. 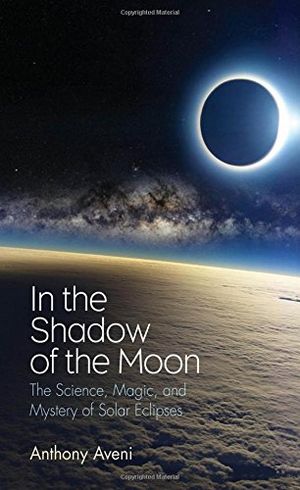 In the Shadow of the Moon: The Science, Magic, and Mystery of Solar Eclipses

In anticipation of solar eclipses visible in 2017 and 2024, an exploration of the scientific and cultural significance of this mesmerizing cosmic display Since the first humans looked up and saw the sun swallowed by darkness, our species has been captivated by solar eclipses. Astronomer and anthr...