Just in time for the holidays, we present our annual list of the best children’s and young adult books published this year on the topics of flying and space exploration. Our selection includes titles for all ages, from those just learning to read to teens. 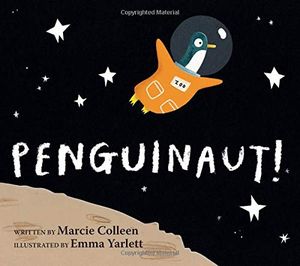 Written by Marcie Colleen, illustrated by Emma Yarlett. Orchard Books/Scholastic, 32 pp., $17.99. Orville, a portly penguin, lives at the zoo with his more athletic friends, including a hang-gliding rhino and a deep sea-diving giraffe. While he isn’t built for flight (or climbing, or catapulting—or basically anything physical), Orville is a good engineer, and decides to build a rocket to take himself to the moon. There he discovers that being with friends is the best adventure of all. Ages 3-5. 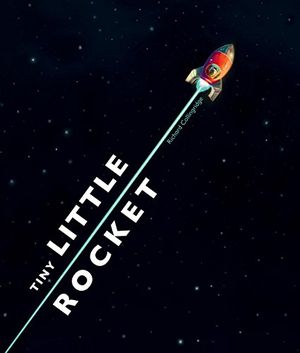 Written and illustrated by Richard Collingridge. Scholastic, 32 pp., $17.99. There’s a tiny little rocket that will take you to the stars. / It only flies there once a year, but zips you out past Mars. The littlest readers will enjoy this space story that combines simple rhyming text with beautiful art. A big gatefold at the end adds to the luxuriousness of this lavish little book. Ages 3-5. 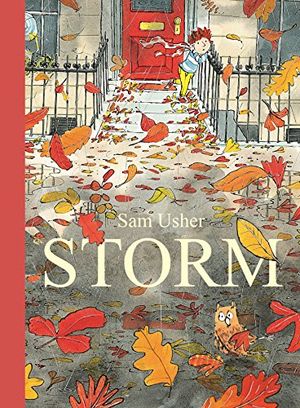 Written and illustrated by Sam Usher. Candlewick, 40 pp., $16.99. The final entry in the four-part series “Seasons with Granddad” that includes Snow, Rain, and Sun. On a cold and blustery day, a grandfather and grandson head outside for a kite-flying adventure. Usher’s ink and watercolor illustrations capture the exuberance of a gusty day outside. Ages 3-7. 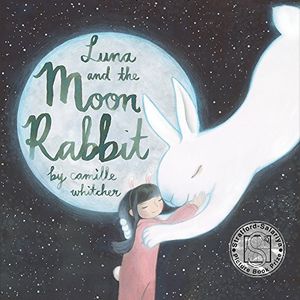 Luna and the Moon Rabbit

Written and illustrated by Camille Whitcher. Scribblers, 32 pp., $16.95. After Luna’s grandmother shares the story of the Moon Rabbit, Luna leaves a rice cake at her bedside to encourage a visit, and the two head out on a moonlit adventure. Whitcher’s soft, muted illustrations complement this gentle tale that concludes with the Moon Rabbit tucking Luna safely back in bed after a hop through the forest. Ages 3-5. 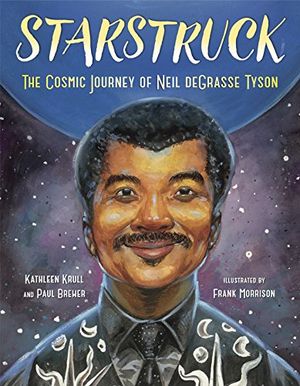 By Kathleen Krull and Paul Brewer; illustrated by Frank Morrison. Crown Books for Young Readers, 48 pp., $17.99. On a family trip away from the “light polluted” Bronx, young Neil is astonished to discover that the night sky looks just like the planetarium at home. With that discovery, an astrophysicist is born. Young readers follow the career of the future scientist and director of New York’s Hayden Planetarium. Ages 4-8. 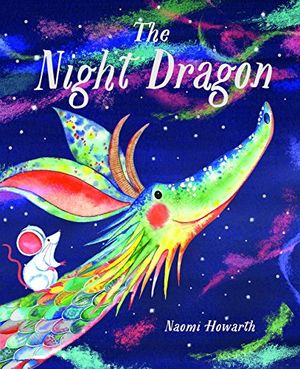 Written and illustrated by Naomi Howarth. Lincoln Children’s Books, 32 pp., $17.99. Maud’s colorful wings set her apart from the rest of the dragons, who view their drab colors as vastly superior and pick on Maud, making her life miserable. Maud stays alone in her cave until her one friend, Mouse, encourages her to be herself. Sometimes all you need is a friend who believes in you. Ages 4-7. 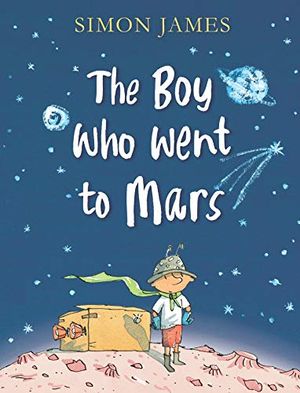 The Boy Who Went to Mars

Written and illustrated by Simon James. Candlewick Press, 32 pp., $16.99. Stanley’s mother has to travel for work, a situation that so alarms Stanley that he decides to head for Mars. When he returns in his cardboard box spaceship, a “Martian” crawls out—and Stanley’s family soon learns that Martians prefer ice cream to “rocks” (also known as baked potatoes), don’t have set bedtimes, and don’t brush their teeth. James’ whimsical pen and watercolor illustrations compliment this story of a young child coping with a brief separation from his mother. Ages 3-7. 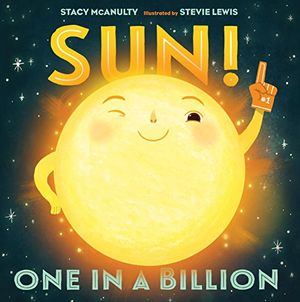 Sun! One in a Billion (Our Universe)

Written by Stacy McAnulty; illustrated by Stevie Lewis. Henry Holt and Company, 40 pp., $17.99. A delightful companion piece to McAnulty’s 2017 title, Earth! My First 4.54 Billion Years. This time we meet the Sun, who, as he says, is one in a billion (or…one in 100 billion). Bright color pencil illustrations and irreverent text (“Yep, I give you heat and light. You’re welcome.”) make learning about the solar system a snap. Additional information at the back of the book includes a Q&A with the Big Yellow Guy, and a look at the Sun by the numbers. Ages 4-8. 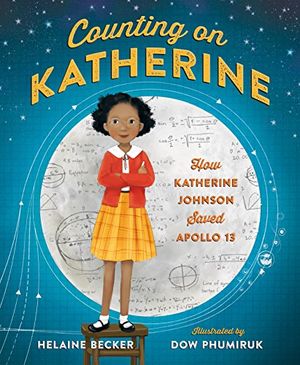 Written by Helaine Becker; illustrated by Dow Phumiruk. Henry Holt and Company, 40 pp., $17.99. This engaging biography takes the reader from Katherine’s early interest in math—counting the steps on the road and the number of dishes and spoons she washed at the kitchen sink—to her accomplishments as a mathematician at NASA. Phumiruk’s bright illustrations compliment this stirring tale of one woman’s perseverance and genius. Ages 5-9. 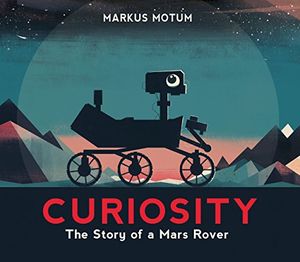 Curiosity: The Story of a Mars Rover

Written and illustrated by Markus Motum. Candlewick Press, 56 pp., $22.99. Curiosity is nicely anthropomorphized in this story that takes the rover on a 35 million-mile journey from Earth to Mars. Motum’s stylized illustrations compliment the book’s infographics that explain everything from Curiosity’s creation to its batteries (plutonium-powered), its myriad hand tools, and even its wheel treads—which let Curiosity judge how far it’s traveled. Ages 8-12. 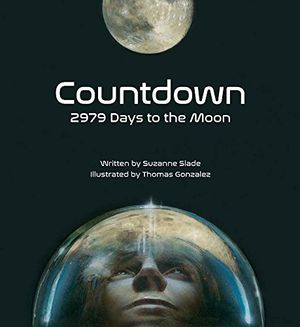 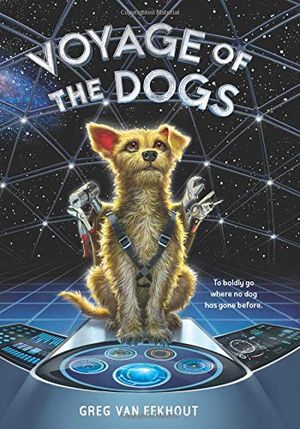 Voyage of the Dogs

Written by Greg van Eekhout. HarperCollins, 224 pp., $16.99. Four dogs—known as the Barkonauts—are on a deep space voyage with their human crew to set up an outpost on a distant planet. When the dogs (named Lopside, Champion, Bug, and Daisy) wake up from hibernation, they realize the humans are gone and the spaceship is failing. Can the Barkonauts discover the crew’s fate and complete the mission in time? Ages 8-12. 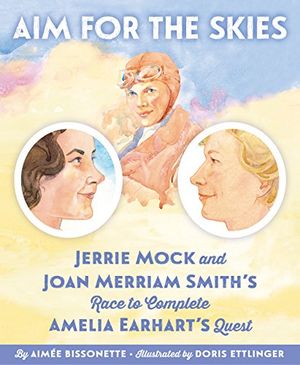 Written by Aimée Bissonette; illustrated by Doris Ettlinger. Sleeping Bear Press, 32 pp., $16.99. In 1964, American pilots Geraldine Mock and Joan Merriam Smith—both inspired by Amelia Earhart’s travels and completely unaware of each other—set off on separate, around-the-world flights. Although they were serious aviators, the women were dubbed “the flying housewives” by the press, and news stories commented on the women’s hairstyles and husbands. Mock finished the journey first, in a Cessna 180 (now in the Smithsonian National Air and Space Museum); Smith followed a week later in a twin-engine Piper Apache. Ages 6-10. 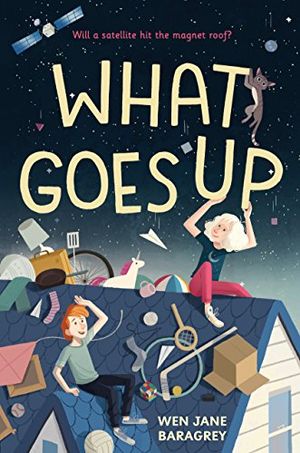 Written by Wen Jane Baragrey. Random House Books for Young Readers, 224 pp., $16.99. Twelve-year-old Robyn Goodfellow’s roof is cursed. Everything lands on her house: kites, paper airplanes, Frisbees—even a passing skydiver. But now Robyn might be in real danger: one of NASA’s satellites is falling out of orbit and will hit Earth. NASA projections say the satellite will fall harmlessly into the ocean, but Robyn isn’t convinced. If she has just weeks to live, Robyn wants to take care of some unfinished business—like finding her long-lost dad. Ages 8-12. 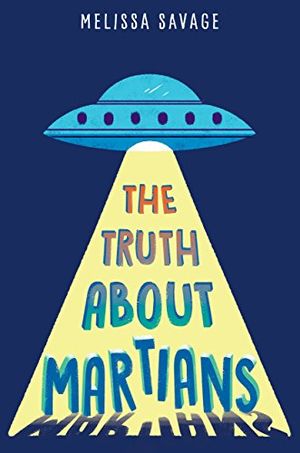 The Truth About Martians

Written by Melissa Savage. Crown Books for Young Readers, 336 pp., $16.99. After an alien spaceship crashes in Roswell, New Mexico in 1947, 11-year-old Mylo Affinito and his friends head to the crash site. When Mylo receives telepathic messages from one of the surviving aliens, he and his friends attempt to get little Moon Shadow and her brother back to their mothership before the U.S. Army Air Forces captures them all. Ages 8-12. 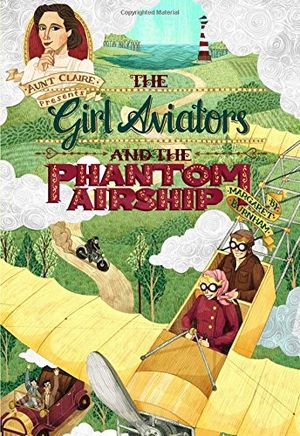 The Girl Aviators and the Phantom Airship (Aunt Claire Presents)

Written by Margaret Burnham. Laboratory Books, 215 pp., $16.95. One of the earliest aviation adventure stories for girls, this title was originally published in 1911 and reissued in 2018. In the book, orphans Peggy and Roy Prescott pilot the Golden Butterfly, a monoplane designed by their late father. When an evil banker attempts to foreclose on the family farm, the two siblings—along with friends Jess and Jimsey—decide to enter an airshow with a $5,000 grand prize. With the odds stacked against them, will they succeed? A wonderful introduction by the publisher provides historical context for contemporary readers. Ages 9-12. 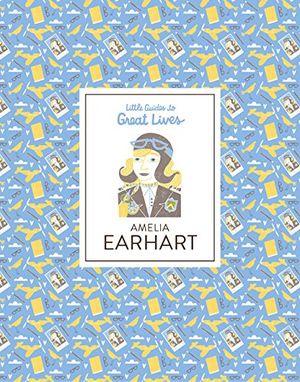 Written by Isabel Thomas; illustrated by Dalia Adillon. Laurence King Publishing, 64 pp., $11.99. Young Amelia has strong opinions: she dislikes candy and dresses, but is fond of celery and reading about insects. When she sees her first airplane at age 11, she is distinctly underwhelmed. All that changes in 1920, when she takes a 10-minute flight over Los Angeles. A year later, Amelia earns her pilot’s license, and starts setting aviation records. Young readers who may only know of Earhart because of her last flight (if they know of her at all) will find much to enjoy in this accessible biography. Ages 8-11. 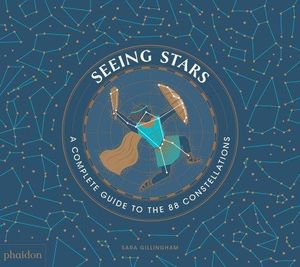 Seeing Stars: A Complete Guide to the 88 Constellations

Written and illustrated by Sara Gillingham. Phaidon Press, 216 pp., $24.95. Budding stargazers will devour this guide offering the stories behind each star group, and how to find them in the night sky. Each constellation is presented in its “dot-to-dot” form alongside an illustration of the object or creature for which it’s named. A location key and how to find the constellation rounds out each entry. Ages 7-10. 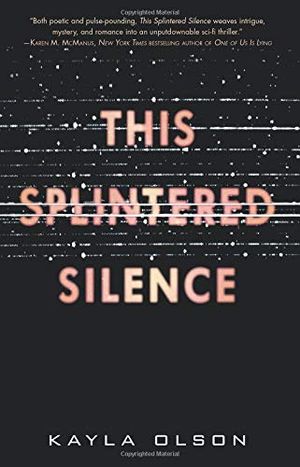 Written by Kayla Olson. HarperTeen, 368 pp., $17.99. Lindley Hamilton always knew she’d be commander of the space station Lusca, but she never thought it would happen because an epidemic killed every adult on board, including her mother, the station’s previous chief. As the remaining teenagers and children struggle to keep Lusca running, one of their group dies. Has the virus mutated, or is one of the crew a killer? Ages 14-up.