Why Women’s Music Embraces the Voices of Past Generations 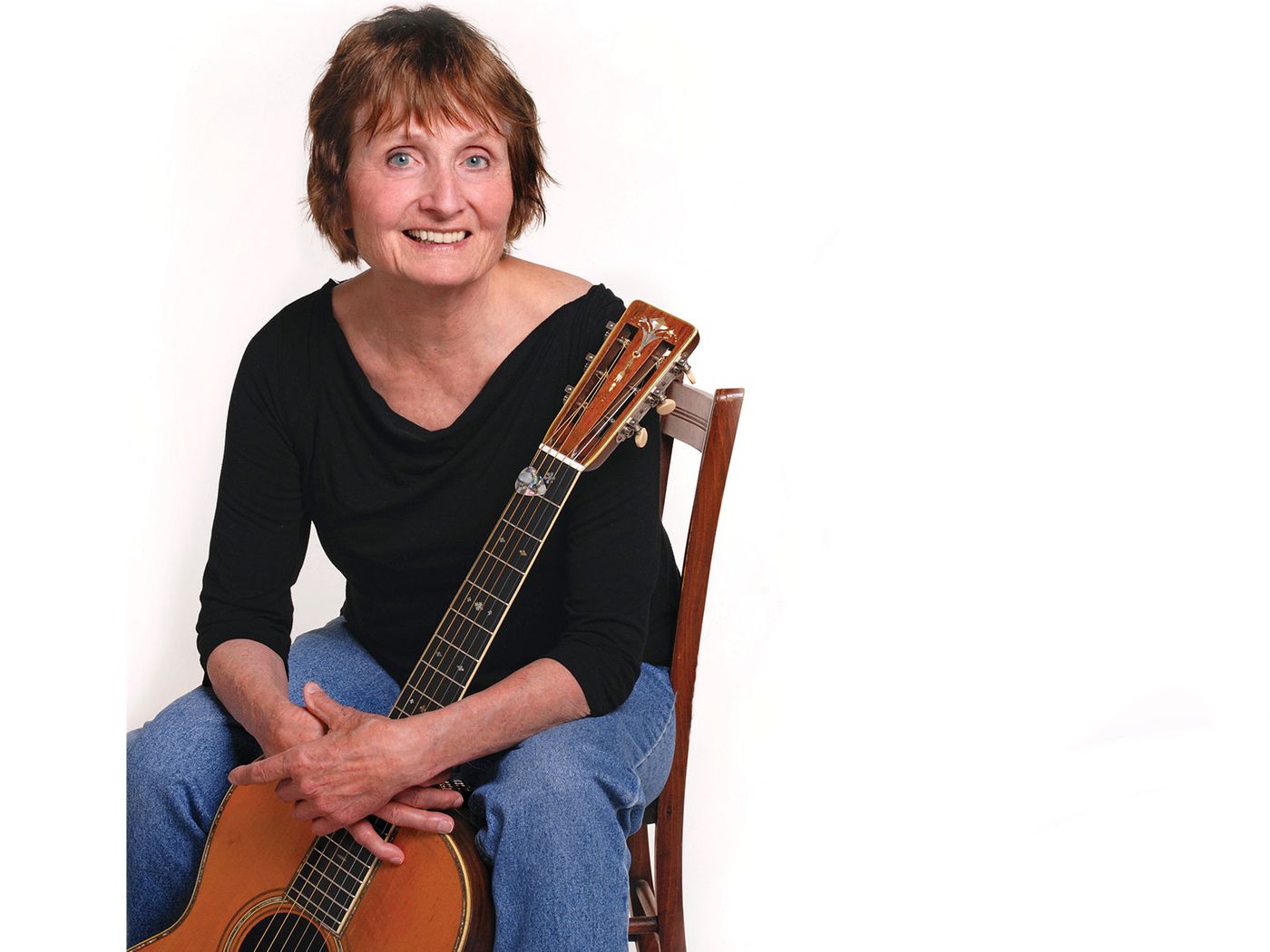 “Music is a reflection of people's lives. It comes out of their experience,” says the folk musician Alice Gerrard, who will perform at the Smithsonian Folklife Festival on Friday, June 24 at 7 p.m. Irene Young

If you grew up sometime in the last half century, then it is possible that at some point in your childhood, you belted out the words “You’ll sing a song, and I’ll sing a song and we’ll sing a song together,” along with the Grammy Award–winning folk singer Ella Jenkins.

Known as the “First Lady of Children’s Music,” Jenkins produced the catchy song in 1966 for Moses Asch’s original Folkways Records, which later became part of Smithsonian Folkways Recordings. The song has since become an international bestseller and was added to the Library of Congress’ National Recording Registry in 2007. Jenkins began her career touring schools and entertaining children before signing her first record deal with Folkways in 1957.

Now 97 years old, the much-loved singer-songwriter has taught generations of youngsters about world cultures, crafting her messages from the ideals and practices of the civil rights movement. Her appearances on shows like “Barney,” “Sesame Street” and “Mister Roger’s Neighborhood,” and performances on all seven continents around the globe, including Antarctica, and her release of hundreds of other songs on the Folkways label has garnered her a Grammy Lifetime Achievement Award.

Jenkins is featured alongside some two dozen other women performers in the new Smithsonian exhibition “Music HerStory: Women and Music of Social Change,” opening this month at the National Museum of American History. The show’s organizers, Smithsonian Libraries and Archives and the Center for Folklife and Cultural Heritage, draw on the Institution’s rich music collections—one of the world’s largest with 16,000 musical instruments, 100,000 pages of sheet music and 80,000 recordings—and presents women as the crucial cornerstones in the story of American music.

The gallery features stories about such monumental performers as Sister Rosetta Tharpe, the “Godmother of Rock ’n’ Roll”; Queen Liliʻuokalani, a gifted and prolific composer; and Kitty Wells, the first woman to have a number one hit on country radio. Music would not be the same today, says the show’s organizer Meredith Holmgren, without these icons. The show celebrates the 1990s Riot Grrrls zines with their fierce “do it yourself” mentality and the International Sweethearts of Rhythm, the United States’ first racially integrated, all-woman big jazz band. It includes a dulcimer that Ritchie used throughout her industrious career as a performer, author and composer.

The exhibition pays homage to the tradition in music of one generation lending influence to the next, with source music passed down through history to arrive in this present moment. With families in mind, the organizers hope to spark conversations between young and old. Families can chart how beliefs and values have changed over time and talk about the different ways they grew up. Almost every case in the exhibition contains a children’s book about women performers. Live programming includes story time with Smithsonian librarians, featuring books that bring families together into a shared experience.

“We want these generations to learn from each other,” says Holmgren, the Smithsonian’s first curator of women’s music. “How does music do that? How does music especially do that for women? What changes do we want to see in society for women right now?”

The gallery’s displays are accessible and fully digital. All text is in both English and Spanish. “We basically want the digital exhibition to be a one-stop shop of all things women, and music of social change,” says Holmgren. With the intent to create a fully accessible, multisensorial experience, the gallery’s back wall pulses along to an ambient playlist with rainbow-colored lights. Visitors can slide informational panels out of interactive records for descriptions of the songs playing.

Despite the enormous contributions of women in the music industry, their history remains relatively unknown. The show’s curatorial team acquired a complete set of the highly influential lesbian/feminist catalog Ladyslipper Music—a donation from the catalog’s founder, Laurie Fuchs. Beginning in 1976, Fuchs documented overlooked performers in an effort to bring awareness to their achievements, hosting listening shows, selling recordings and disseminating news to create a community for feminist women music lovers. Before the internet and before blogs, and before even zines, the catalog provided a much-needed point of entrée to women musicians, especially those in rural communities, according to Holmgren.

The Folkways concert taking place Friday, June 24 (hosted in conjunction with the exhibition), at the Smithsonian Folklife Festival  exemplifies the theme of intergenerational conversations. The performance features powerhouses in folk music like Alice Gerrard, an inductee in the Bluegrass Hall of Fame, and old time and bluegrass fiddler Tatiana Hargreaves, who Gerrard says is an inspiration to younger generations, along with banjo player Allison de Groot. “Music is a reflection of people’s lives. It comes out of their experience,” says Gerrard. “The voice is a reflection of everything that you’ve taken in down through the years.”

Gerrard, along with fellow bluegrass feminist Hazel Dickens, was one of the first women to reach critical acclaim in a genre highly dominated by men, paving the way for women after them.

“They’re very interested in the source,” Gerrard told Blue Ridge Music Center’s Laurelyn Dossett. “They will go out of their way to visit older people because they feel that’s important, like I do.”

As Gerrard was finding her voice during the political upheaval of the 1950 and ’60s, she found a home in the music communities of Washington, D.C. and Baltimore: musicians who gathered around the “mind-blower” Anthology of American Folk Music, according to Gerrard. The album, paired with the nationally distributed magazine Bluegrass Unlimited, formed the foundation for the young and middle-class to become enamored with the music and each other. They would have music parties, says Gerrard, where they played with their friends, “and that was the only kind of party they would have.”

“For a lot of young people, they are really attracted to socially conscious music because you’re going into the world, seeing things as they are, and really thinking about … the kind of ideal world you want to be a part of,” says Holmgren. “Those kinds of things really resonated with me as a young person, and I think still resonate with young people today.”

"Music HerStory: Women and Music of Social Change" is on view through February 20, 2024, in the Smithsonian Libraries Gallery at the Smithsonian’s National Museum of American History. The concert “Folkways @ Folklife: Alice Gerrard and Leyla McCalla” will be held Friday, June 24, 2022 at 7 p.m. on the Rinzler Stage at the Smithsonian Folklife Festival on the National Mall.

Lucia Cheng is the Because of Her Story intern for summer 2022.