Of all the ways that the industrialized world has encroached on the indigenous people of the Amazon, you might not think that the most disastrous intervention is also the simplest: free food.

But that’s one takeaway from new research led by the Stanford ecologist José Fragoso. The study, the largest of its kind, drew on interviews with some 9,600 indigenous people in southern Guyana and surveys of wildlife populations over 46,000 square kilometers—an area almost the size of Costa Rica. Researchers tallied village populations and used satellite images to gauge forest cover. Then they plugged that unprecedented data into a supercomputer, ran elaborate programs to predict the impacts of multiple interventions on multiple outcomes, and projected those findings far into the future.

What they found is that ecosystems can survive, though in diminished form, if modest amounts of forest are converted to farmland. But bringing in outside consumables can push local ecosystems past the breaking point. For instance, while a village might grow by 40 percent in the 100 years after health workers introduce commercial medications—a sustainable increase—that village could double in size over roughly the same period if it began relying on outside food, the research shows. And that larger population would lead to the collapse of the surrounding ecosystem, because villagers would have to kill more wildlife and clear more farmland to survive.

The research suggests how to better protect the world’s remaining wild places and the people living in them. Fragoso is working with governments and others to help Amazon villages maintain self-sufficiency. Instead of trucking in crates of food, he says, create jobs to preserve local languages. He isn’t against helping people in need: “It’s a question of how do we do this better, rather than don’t do it at all.” -thomas stackpole 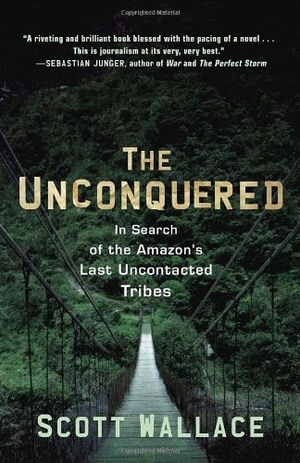